A nation on the eastern edge of the continent of Liat. Founded by a guild of rebel engineers who believed Gameth wasn’t investing enough into technological research in the 4th century of the 4th Cycle, They fostered research and development into technologies that didn’t rely on the use of magic. Humiliated in the Avicennan war of the 870’s, the country spiraled into economic ruin before Sardivelian investment helped provide some level of stability.

A Chief Engineer oversees the technological development and stability of the nation. With most of the nation's technological expertise seized by Gameth after the Avicennan War of the 870's, the position has become mostly ceremonial. 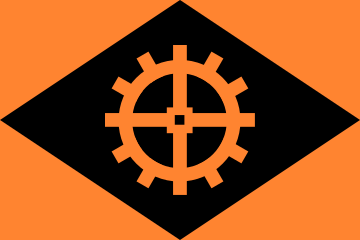 Ever Forward, Never Back