A frigid kingdom to the southwest of Myltev on the continent of Pescat. A power-sharing monarchy between the three major races (dwarves, elves, and humans) has ensured centuries of peace and stability since the late 400’s of the 4th Cycle.

Glace was first founded by high elves rebelling from the Elflands Empire in the early 1500's of the 3rd Cycle, aristocrats who for centuries had objected to Empress Cordelia's (1186, 3rd Cycle - 1633, 3rd Cycle) egalitarian worldview and reforms. The Elflands was engaged in a war against the tieflings of Rakka at the time, so with the Empire distracted by war to its south and with limited resources to combat the rebellion Glace established itself as an independent kingdom by the end of 1537. Glace owned ports and cities on the coast of the Largas Ocean, a vital shipping passage for merchants traveling from the eastern regions of Pescat to the west. Decades of fruitful trade turned Glace into one of the wealthiest nations in the world.   This wealth, however, was concentrated in the hands of the kingdom's elven elite. The elves controlled all levers of government while the human, dwarven, and dragonborn minorities were left disenfranchised and labored for subsistence wages. Several rebellions tried to overthrow the elven hierarchy, but each revolution was tamped down with brutal efficiency. The white dragonborn of the Toothless Mtns, often the instigators of these revolutions, were punished the worst and forbidden to join any guilds or merchant vessels.

The old regime of Glace was completely destroyed when King Constell II of Gameth invaded the kingdom in 471 of the 4th Cycle. Using innovative military tactics and a powerful navy, Glace's capital city of Iverburg was conquered in a three-day siege and the kingdom defeated in a matter of months. Constell used Iverburg as the headquarters of his Pescat campaigns against Rakka until his death at the Siege of Delmascar in 493.   Constell's rule over Glace expelled many of the elven leaders from government and appointed the local humans and dwarves to positions of power. As one of the first elven kingdoms in Pescat to be defeated and conquered by a human nation, the elves of Glace were bewildered to find themselves in a position of subjugation like the kind they'd imposed on their neighboring races for centuries.   It was during this occupation that Thorvald Grettirson, a dwarf from the mines near Tymoshenko, fled south with a small band of dwarves to the freezing wastelands at the southernmost edges of Pescat. Together they carved out a stronghold inside a dormant volcano and founded the Free State of Thorvald, an independent nation devoted to the tenets of hard work and a vote for every citizen.   White dragonborn were still oppressed under Constell's regime due to Gameth's antagonistic  relationship with dragonborn in its homeland, leading to widespread revolts and calls for independence in the Toothless Mtns. Constell's military spent vast resources and manpower to quell these uprisings with help from the nearby Elflands Empire, and by 485 the dragonborn were once again demoralized and suppressed.

After Constell II's death in 493 the elves, dwarves, and humans of Glace revolted and expelled the Gamerians from their nation in 494. A new constitution was drafted to accommodate the power dwarves and humans now held in the kingdom. Ludmila Tomic, a reformer among the elves, convinced many of her kin to support the new constitution as a matter of survival for their kind. Some elves wanted a return to the structured caste system of Old Glace, but Ludmila warned that a move like that would lead to decades of bitter unrest and fighting in the region.   So a new system of government was formed where the highest office of Prime Monarch would be passed from one race to another every three years. The white dragonborn were conspicuously left out of this arrangement to convince the elves to ratify the constitution.   New Glace experienced a trading boom in the wake of Constell's invasion, striking lucrative trade deals with the newly-founded kingdom of Sardivelia. When the neighboring kingdom of Myltev began collapsing during the the late 700's, Glace used the chaos to seize hold of the lucrative trading town of Poroshenko along with control of its vital shipping routes along the Strait of Myltev.   For decades Glace remained a powerful trading power that used its wealth to establish a kingdom safe from the wars in the west and the pirate attacks to the east. National morale was shattered, though, when the winter goddess Iver abandoned her followers and joined Fairouz the Undying's cultish pantheon, but a new religious movement known as Aurithrym began to rise as an alternative to the unfaithful goddess.   Glace received international praise as the host nation for negotiations that drafted the Treaty of Iverburg, the document that reshaped the maps of Southern Pescat in the wake of the Sunken God's Reign of Terror and collapse of the Elflands Empire. Despite such goodwill, Glace's situation proved less secure than in centuries past. Rakka's leaders were modernizing their armies in search of new rivals, and a unified Myltev under the leadership of the young king Nikolaj Baratov was seeking to reclaim its stolen territories. In years past Glace would normally rely on Elflands' imperial military to discourage threats of invasion, but in this new world that Glace helped create there wasn't a world power left to protect it...

For centuries the people of Glace worshiped a powerful goddess of winter known as Iver. The faithful sent prayers to her during the long winters hoping to make it through another year. However, in the mid-870's Iver abandoned her followers and allied herself with the lich Fairouz and her group known as the Coven. For years scholars debated why a deity like Iver would abandon her flock after centuries of faithful worship, but one popular theory has it that Fairouz offered her some relic or power that wasn't accessible to her back in Glace.   After the Battle of Faouzia in 876 left Fairouz dead Iver's image and legacy were completely tarnished, temples devoted to her left abandoned all over Glace. Her power draining year by year, she searched tirelessly for a mortal to bestow her powers upon and save herself from oblivion. Iver's salvation came in the form of Bianca Avon, a member of the Elflands royal family who sought to reform the government by importing new customs and traditions. Iver and Bianca made for a powerful match, but in 897 Bianca was killed by the Royal Knights Brigade during the New Year's Massacre in Kassadeia. Without any followers or believers, Iver vanished into the nameless oblivion where all forgotten gods go.

In the wake of Iver's abandonment of Glace, a new religious movement started in the port city of Tymoshenko and spread like wildfire across the nation. Auril, the goddess of the blizzard, and Thrym, the god of the hearth, were worshiped as a husband-and-wife duo to provide the people of Glace with strength and stability in a chaotic world. As the Sunken God terrorized the nearby oceans and coastal towns, clerics of Aurithrym (the power couple's nickname) summoned towering walls of ice to defend against invasions.   The monarchs of Glace have yet to officially recognized Aurithrym as the state religion, but widespread public support may soon change that position in the next few years. 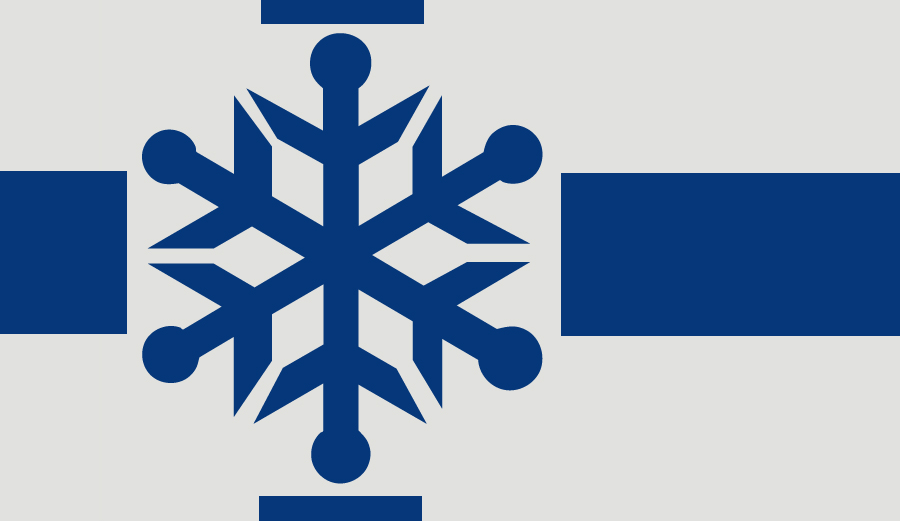