A vast dwarven nation whose capital is built inside a dormant volcano. The southernmost nation in Pescaliat, for centuries Thorvald has fostered a meritocratic democracy where anybody can be elected to lead if they prove their strength in combat. The region’s icy climates offer a strong natural defense against foreign invaders.

Every twenty years a nationwide election is held to vote on a new Allspeaker, Thorvald's leader, chief lawmaker, and defender against foreign threats. There are no term limits for the position of Allspeaker, but once every year citizens are allowed to dispute the Allspeaker's rulings in a public assembly.

For centuries, the icy mountain ranges of the Katlan Mtns were left abandoned by the nations of Pescat, discouraged by rumors of eldritch abominations from the Far Realms still terrorizing the region from the days of the Ostry Apocalypse. Few who ventured into the the mountains returned alive, but only Thorvald Grettirson and his band of devoted followers had the will to make a home for themselves in the arctic wasteland.   Thorvald, working grueling hours at the mines of Glace's Toothless Mtns., saw an opportunity to escape his squalid lifestyle when human armies from Gameth invaded the elven kingdom of Glace under the leadership of King Constell II in the 470's. The humans left the elven ruling class in shambles and turned the capital of Iverburg into a military headquarters for future campaigns into Pescat, providing Thorvald with the perfect opportunity to escape from the mines amid the nation's turmoil. Inspiring his family and a dozen of his closest friends, Thorvald led a band of dwarves south past the borders of Glace and into the Katlan Mtns.    The journey was excruciating, the temperature dropping by double digits every time night fell. Thorvald's father, Grettir, proved too frail for the rigors of the journey and passed away at the base of a dormant volcano. Thorvald fell into a deep depression for three days, eventually returning to announce to the other refugees that the volcano would become a stronghold sturdy enough to stand the test of time.    And so Grettir was founded, one of the largest mining towns in the world and a haven for all who stifled under the reins of oppression. So long as they could hold a pickaxe and fend for themselves, all were welcome in the Free State of Thorvald and its experiment in self-rule. Thorvald accepted the position as the nation's first Allspeaker, but only on the condition that elections would be held every twenty years allowing every able-bodied citizen to vote for their preferred leader.

Thorvald's population exploded over the following decades, refugees from all over Southern Pescat fleeing to seek a better life within its borders. By the end of the 500's a significant population of dragonborn and goliaths lived within Grettir and the surrounding territory.    This unprecedented growth did not come without consequences: neighboring kingdoms like Rakka and Glace saw Thorvald's rise as a threat to the regional balance of power, leading to several drawn-out wars in the 600's. Thorvald never sought to be an imperial power ruling over large swaths of territory, so invading armies were forced to march through the frigid Katlan Mtns and do battle on Thorvald's home turf.    In 545 Thorvald's founder sacrificed his life to defend the nation he'd built when it was revealed that a powerful fire elemental was resting dormant under Grettir. He underwent a painful ritual to transform into a demigod tasked with defending the nation, strengthened by annual blood sacrifices performed during the Trials of Grettir. For nearly 400 years this ceremony has kept the elemental at bay and Thorvald secure from outside threats.    But amid the wars and threatening elementals, Thorvald's greatest threat came from within its borders. A large population of firbolgs dwelled within the Katlan Mtns, tasked for generations with defending the mountain range and its rare natural metals. This conflicted with Thorvald's goals of large-scale mining and economic independence from the rest of Pescaliat, leading to decades of bitter fighting that ended with almost all of the region's firbolg's either killed or expelled from the kingdom. To this day Thorvald controls some of the deepest mines in the world while firbolgs stand with tortles as among the most endangered sentient races in the world.

Centuries of large-scale mining operations ensured that Thorvald would play a vital role in the world's industrialization by the dawn of the 4th Cycle's tenth century. Rare metals harvested from the Katlan Mtns were used in everything from trains to firearms to airships, and the world's first warforged were invented by a Thorvald inventor by the name of Skalla-Grim Chio.    Thorvald may not hold vast swathes of territory like Gameth and other world powers, but Thorvald's modest size hid the richest deposits of ore and metal in the world. No matter the nation and no matter the army, Thorvald would be at least partly responsible for the armor they wore and the bullets they fired.         Rulers of Thorvald 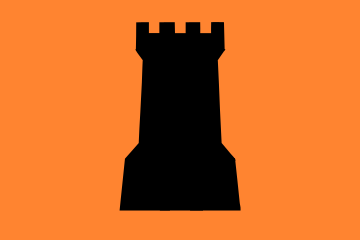