A brilliant dwarven engineer operating in the Free State of Thorvald. Combining innovative forms of metalworking with magic-infused metals found in the deepest mines of the Katlan Mtns, Skalla-Grim managed to create revolutionary inventions like the world's first warforged Pino Chio. In the final days of 900 he was approached by an adventurer from Rakka's Heroes to repair the remains of Pino, recovered from a deadly encounter with a handful of will-o-wisps in the Arrayas Ocean. Pino was repaired in a matter of days, and Skalla-Grim returned to Thorvald to work on the next generation of warforged. His creations have become widespread among the world's ruling elite and mercenary guilds, but he's recently struggled to focus on a singular vision for his new warforged. 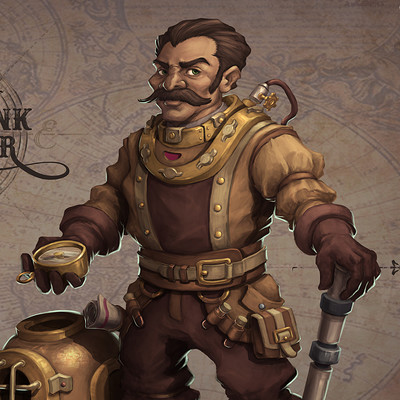