A paladin and veteran member of Rakka's Heroes. Having spent years brawling in Shank's Fighting Pits in Gameria, he became skilled in the art of self-defense and dealing immense amounts of damage. In the fall of the year 900 he traveled through the Rakkan frontier fighting fiends and unraveling a devilish conspiracy that threatened to plunge the nation into a brutal civil war with the Verschow. Paranoid and always looking for an upper hand against his enemies, his planning helped Rakka in its most dire battles against foes like Hedera and the elven wraiths haunting the Arrayas Ocean.   After a brutal season of adventuring, he declined to join any other adventuring groups after the disbandment of Rakka's Heroes. Instead, he returned to the small port town of Qilthani to reunite with his old friend Decarabia. He established a profitable bounty hunting guild in the region, becoming closely allied with Bahamut's Gilded Hecat Guild to attract talented heroes and adventurers.

With only vague memories of his homeland and kinfolk, Cig grew up within Shank's Fighting Pits and considered the other 'monstrous' fighters to be his family. Joining together in the face of a city suspicious of non-human races, his family was wiped out in a matter of seconds during a brutal match against a band of mercenaries. For whatever reason, the group ignored the fighting pit's rules against killing and fought until only Cig was left surrounded by his fallen allies.   As compensation for this tragic encounter, Magnus Schreiber freed Cig from his contract to chart out his own course in life. Swearing vengeance for his dead family, he killed the band of mercenaries in their sleep on the road to Sardivelia. The vengeance felt hollow to Cig, and for years after he worked as a bounty hunter apprehending monstrous killers and revolting criminals. Worried about what this line of work was doing to his soul, Cig applied for a position in Rakka's Heroes to provide some structure to his life and reorient his life's goals. 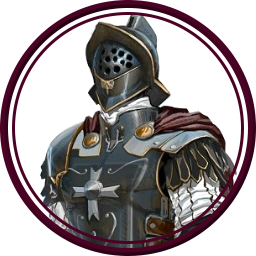