A council of powerful drow families who waged a centuries-long war for independence against the tieflings of Rakka. Composed of talented spellcasters and ruthless tacticians, the Verschow's independence movement often fell victim to the cutthroat conspiracies of its members when it wasn't fighting against Rakkan oppression. With the signing of the Treaty of Rel-Kadrar in 901, the Verschow was slowly integrated back into Rakka while its matriarchs like Marwen Hainaut and Jeremias Ripperda sought to expand their wealth and influence into the tiefling kingdom's various industries.

The five to six most powerful drow families appoint representatives to the council to decide political and military strategies against Rakka's forces. Leadership of the council is supposed to alternate between families every fifty years, but coups and assassinations have been known to upset the council's rules of succession. After the Treaty of Rel-Kadrar's signing, this succession system is supposed to take effect every 100 years.

As the Elflands Empire began its conquest of Southern Pescat in the early centuries of the 3rd Cycle, its drow minority was tolerated as a necessary evil in the kingdom's imperial ambitions. A sect of high elves had been touched by dark forces from the Far Realms during the Ostry Apocalypse, providing the first generation of drow with arcane abilities unparalleled by even the most powerful wizards. The drow were allowed back into elven society to share their abilities with the Empire, but for centuries they were eyed with suspicion and envy by their fellow elves. A caste system formed in the Elflands with drow treated as second-class citizens, granted more freedoms than the conquered minorities of the Empire but still exploited by their elven overlords.   This arrangement fell apart during the reign of Emperor Fortinbras II (1633, 3rd Cycle - 2199, 3rd Cycle) as the drow started to fight for equal rights with their elven kin. For decades a shadow war was waged in the capital city of Kassædeia with assassinations and curses performed by the city's drow nearly every night at the conflict's peak. Fortinbras, seeing any signs of unrest as a threat to the Empire's hard-earned stability, purged the capital of these drow agitators with ruthless efficiency to banish the entire drow community from the Empire in the 1800's of the 3rd Cycle. Persecuted and oppressed in the Elflands, tens of thousands of drow fled south to the kingdom of Rakka where they were forced by the region's tiefling majority to work long hours constructing powerful magic weapons and relics. In their bid for a better life, the drow had traded one oppressor for another as they became another exploited minority in Rakka's war machine. Rakka's drow consoled themselves with the fact that their weapons would one day deal retribution to the Elflands fighters who had persecuted them for so long.

For nearly 2,000 years the drow faced ruthless oppression from Rakka's tieflings with little show for their centuries of grueling labor. Occasional strikes and riots occurred in the later years of the 3rd Cycle, but Rakka refused to lose such a valuable asset in its war effort and brutally suppressed any signs of unrest. Rakka's military juntas funded espionage efforts in the drow community to pit rival families against each other and keep them under foot.   That all changed in the 480's of the 4th Cycle when King Constell II of Gameth waged a decades-long campaign against the kingdoms of Southern Pescat. While his territorial gains were short-lived, Constell's campaigns reshaped the political systems of Pescat and forced much-needed reforms in kingdoms all over Southern Pescat. Constell's march towards the Rakkan capital of Delmascar led him to form alliances with many of the region's minority communities, including the drow. In return for a hands-off approach towards the Rakkan war effort, Constell promised the drow political autonomy and the freedom to perform their own magic experiments away from the scrutiny of Rakka's military officials.   The response was universal as thousands of drow abandoned their research projects for Rakka and sided with the human armies of Gameth. While King Constell died at the Siege of Delmascar in 493, his promises of a better life lived on within the drow community for centuries to come. Having tasted freedom for the first time in centuries, the drow families refused to forfeit their ambitions to Rakka without a fight.   So for centuries Rakka was consumed in a merciless war of attrition between tiefling and drow, both sides refusing to budge an inch. The years of warfare ravaged Rakka's interior and turned thousands of miles of land into inhospitable wasteland where only the most grizzled gnolls could survive. Both sides resorted to terrible measures: the drow families formed a war council known as the Verschow to wage terrorist attacks against their oppressors, and Rakka's government tested its newest war machines and technologies against the rebellious drow.   At the start of the 900's in the 4th Cycle Rakka envisioned itself as a global leader capable of shaping world policy for centuries to come. With its longtime Elflands rival in shambles and its advances in firearms set to reshape the world's battlefields, Rakka's leaders became more insistent on eliminating the drow threat once and for all. Just as it seemed that forces from beyond Ekal would plunge the two sides into a devastating civil war, cooler heads prevailed and signed the Treaty of Rel-Kadrar in 901, allowing for a slow re-integration of dark elves back into Rakkan society. While not the independence that Verschow's founders had dreamed of, the treaty created two permanent seats on Rakka's military council for the drow and allowed them to invest in the kingdom's lucrative industries. Generations of dark elves had lived and died for the dream of a better life, and despite still being under the Rakkan flag the Verschow now had a voice in this new system and an ability to decide how its resources would be managed.

For centuries worship of the spider-goddess Lolth was the supreme deity in the Verschow, allowing for treachery and betrayal to become core tenets of drow society. For centuries Lolth had been an Ageless One-condemned deity, and after the Treaty of Rel-Kadrar many dark elves were forced to confront the evil sown by their favored deity. Leaders of the new Vershow like House Hainaut now worship the Ageless One whole-heartedly, but there are still factions that worship Lolth and other monstrous deities whole-heartedly. 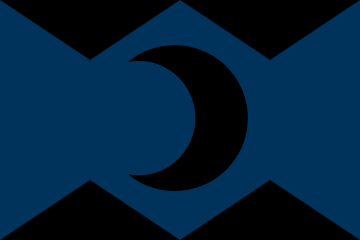 Liberation Through the Arcane