"I don't remember ever making any deals to be like this, but I plan on making the world deal fairly with me," -Medraad Le Fey, 875, 4th Cycle

With curved horns and solid-colored eyes, tieflings have been both worshiped and maligned over the course of Ekal's history. In the 2nd Cycle an imperial family of tieflings ruled over the sprawling Myltev Empire, but after the Ostry Apocalypse of the 3rd Cycle they were accused of conspiring with infernal creatures and monstrous deities from the Far Realms. Banished from kingdoms like the Elflands Empire, tieflings banded together and formed a kingdom of their own known as Rakka that became one of the largest nations in Southern Pescat.   Similar to aasimar, tieflings were originally born by chance to non-tiefling parents in all parts of the world. Many are still born in this manner, but over many centuries the tieflings of Rakka intermarried to create bloodlines that established tieflingkind as a distinct race and nationality. After centuries of feuding with the Elflands until the empire's collapse in 897, Rakka's tieflings hope to lead the world into a new era of tiefling hegemony. 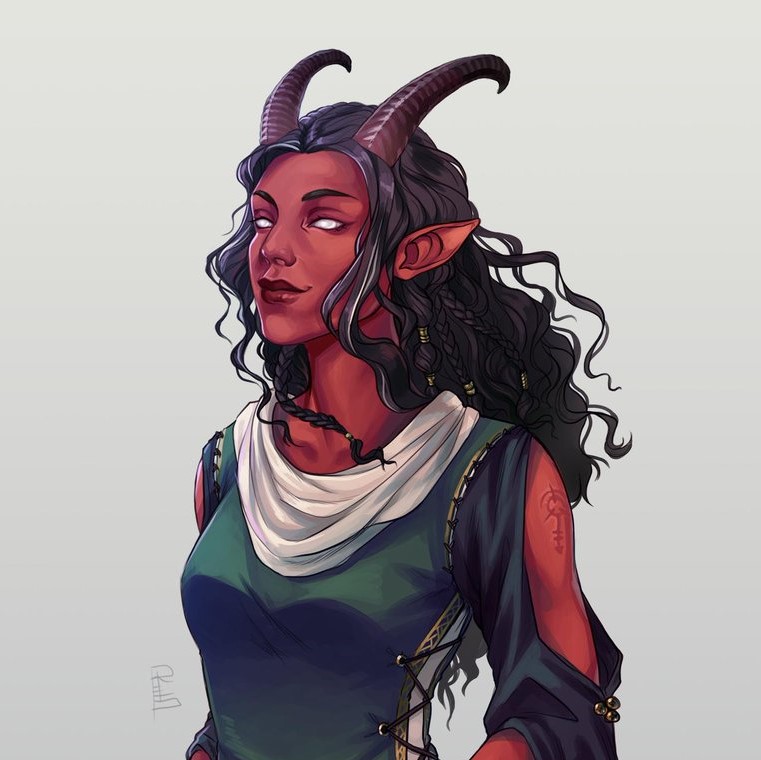