A nation of half-elves located in the southwest region of Pescat. Bordering two continental superpowers (i.e. Elflands and Rakka), the noble families of Despero practice a form of universal conscription where every citizen between the ages of 20 and 60 must undergo some form of military training to defend the homeland. Despero hasn’t lost a war since the start of the 4th Cycle.

Despero's monarch controls the nation's military and enacts laws, but in name only. Ever since the Noble Revolt of 618 the nation's noble families have the final say on any policies adopted by the kingdom at-large. The monarch now serves as a laissez-faire ruler who allows the nobles to conscript armies and wage military campaigns of their own.

In the early centuries of the 3rd Cycle, the region of modern-day Despero was conquered by the Eflands Empire at the peak of the their imperial power. The human kingdoms who called the land home agreed to the change in government, but only on the condition that they would be able to intermarry with the imperial elves (the practice of intermarriage had been banned in all of the Elflands' conquered territories). After several centuries the region's distinctive half-elf race became the majority population, consolidating power among a handful of noble families with power to rival that of the Elflands throne.   Unrest began to plague the region in the later years of Emperor Fortinbras I's reign (629, 3rd Cycle - 1186, 3rd Cycle), but all sense of allegiance to the Empire collapsed after the creation of the Fey Plains during the Elflands-Rakkan war. This forbidding region of fey magic and strange occurrences isolated the western region of the Elflands from the rest of the Empire, cutting off supply chains and making it impossible to maintain consistent communication with the region. In the decades following Fortinbras I's death the half-elf noble families revolted to found the kingdom of Despero, and the Elflands was powerless to stop them.   The first centuries of Despero's existence were challenging: the powerful tiefling military of Rakka to its south, monsters terrorizing farmers to the east near the Fey Plains, and bands of yuan-ti cultists from the north expanding their influence from beyond their reaches in the Campanel Desert. To maintain their political independence, a universal conscription service was established in the 1500's requiring every man and woman between the ages of 20 and 60 to serve in the nation's military. A national force was levied in times of international war, but the noble families amassed their own private armies in peaceful years to defend against rival families.   The noble families continued to rise in power and influence, specializing in different trades and industries and suffocating any regional competition. Families like the De Mers of Brei (shipbuilding) or the Caragaulles of Rochelle (agriculture) would go on to define Desperan politics for countless millennia. While many nations began to centralize power and authority under one leader in the 4th Cycle, the noble houses of Despero were always reluctant to give one monarch so much power due to years of Elflands hegemony.   Reign of Isabellis Caragualle (2985, 3rd Cycle - 52, 4th Cycle) Isabellis, the last pagan queen of Despero, defended the kingdom against a two-fronted war from the yuan-ti of Kaifeng and the elves of the Elflands. Kaifeng used the invasion of Despero as a test run for their siege of Dhamma during the Ageless Crisis of the 4th Cycle, and while Havre was left standing the attack dealt considerable damage to the kingdom’s northern territory. Combined with the Elfland’s assault of Despero’s riverside holdings in the south, Despero nearly collapsed in the face of considerable war and famine. Isabellis, to her credit, inspired a godlike level of respect and devotion from her people. Some theorize she entered a pact with the fey Queen of Lost Things, but for years Isabellis was said to display feats of supernatural magic and power that few wizards could even attempt. 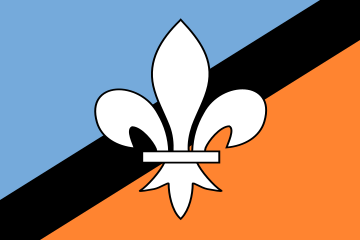