A mountain kingdom governed by red and green dragonborn that declared its independence from the Elflands in the 760's of the 4th Cycle. A council of dragonborn aristocracy vote on a monarch every five years, and the kingdom became renowned for its vast mining operations.

A council of more than sixty aristocratic dragonborn vote every five years for one of its council members to serve as Lord. There are no term limits to the position, and the Lord has the political authority to guide policy decisions enacted by the council and allocate resources around the kingdom. If the council disapproves of the Lord's leadership, they can override its votes with a 2/3 majority or have them removed from office in a vote of no confidence.

According to legends from the time of the Ostry Apocalypse, the Bahamut Mtns were a haven for many races seeking shelter from the monstrous deities that plagued the world. The dragonborn who called the region home provided a home for every desperate soul seeking shelter, and Dhyrlonis was one of the few settlements to survive the Apocalypse's destruction.   After the rise of the Ageless One and the end of the Apocalypse, this charity was forgotten by the high elves of the Elflands Empire as they began a centuries-long conquest of the kingdoms of southern Pescat. Emperor Fortinbras I (629, 3rd Cycle - 1186, 3rd Cycle) crushed a united force of dragonborn and orcs early in his reign, and for the next 3,000 years the Bahamut Mtns and its dragonborn inhabitants would remain under imperial control.   The dragonborn weren't as abused and maligned as other races in the Elflands, their mountain villages difficult for imperial forces to survey and control even in the best of times. Landlocked without any major shipping ports, the dragonborn of the Bahamut Mtns turned inward and focused on mapping out the vast network of dungeons and tunnels hidden beneath the mountain range. Centuries of research mapped the thousands of miles of tunnels to wrap around the world ten times over, and to this day there are still some dungeons yet to be explored.   Bahamut's opportunity to revolt arrived in the decades following the Sixth Elflands-Rakkan War when Darys Bahamut declared the region's independence in 766 of the 4th Cycle. Uniting the aristocratic families behind him, a war-weary Elflands army proved unable to traverse the difficult passes of the mountain ranges and was forced to recognize the region as the newly formed nation of Bahamut.   In the years following its liberation Bahamut became a significant source of rare metals sold for refinement in the forges of Rakka and the Free State of Thorvald. Bahamut's leaders have tried to modernize the kingdom and expand its influence within southern Pescat, but many of its inhabitants still live in rural villages isolated from most of the known world. Dhyrlonis, the nation's capital and largest city, only has a population of 20,000. Jezean Hestheroth, the new leader of Bahamut, expanded Bahamut's borders to include the elven factory town of Estrival during the Treaty of Iverburg of 898, and many diplomats are interested to see what role the nation will play in the politics of Pescat in the years to come. 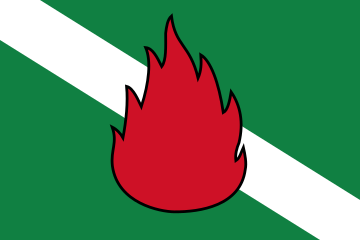