A male tiefling and founder of The Shroud. A former member of the Royal Knights Brigade in the 870's, he founded The Shroud to track and infiltrate cults all over Pescaliat. He was killed in the CoS Session 39: Battle of Faouzia in 876, but he was revived by his patron The Man in Black and continues to lead The Shroud from its headquarters in Kanara. Don't ask him about Elan Quinn.

Growing up on the streets of Oakengaard, his mother died when he was very young and he never knew his father. Poor and desperate in a town unkind to tieflings, Medraad began associating with several religious groups and cults to find new makrs and a warm meal for the night. One day he had the misfortune to meet a couple of occultists named Fairouz and Darwish.   The couple dreamed of contacting powerful deities from far-off dimensions to grant them immeasurable powers and control over the realms of Ekal. Medraad was lured into their ambitions, and he was nearly drawn mad by a disastrous journey to the Far Realms in 871. Abandoned by Fairouz, a mysterious figure known as The Man in Black rescued Medraad from his insanity and provided him with eldritch to fight against his former allies.   The Man in Black convinced Medraad to go adventuring in 875, traveling through Liat during the Avicennan War to fight generals and cultists alike. Medraad killed his Father in an airship battle over Kanara, and he established a group called The Shroud to eliminate any occult threats before they reached Fairouz's level of power. Medraad’s adventures culminated in the CoS Session 39: Battle of Faouzia where he got the opportunity to fight his treacherous mentor.   Unfortunately, the fight ended early for Medraad when he was disintegrated by Fairouz with a powerful burst of magic energy. The Man in Black collected Medraad's ashes and found a way to bring him back to life more than a decade later, but the eldritch being never explained how he accomplished the miracle. But Medraad returned to his role as Shroud leader with gusto, warning anyone who would listen of the rising threat of the Sunken God in the Karaga Sea. His warnings fell on deaf ears, especially among the imperial elite of the Elflands Empire.   Despite his unheeded warnings, Medraad rescued the Royal Knights Brigade from a horde of sahuagin during the New Year’s Massacre of 897 at the start of the Sunken God's Reign of Terror and transported them to The Shroud’s hideout in Kanara. He wanted to hold Wilbur for questioning and investigate his motives regarding the Keeper of the Gate, but Elan broke Wilbur out of jail before he could be questioned. Enraged, Medraad advised Queen Astrid to forbid Elan from rejoining the Royal Knight’s Brigade. The Gamerian monarch tasked Elan with one final mission to investigate Wilbur's activities in the Kelethian Woods, but afterwards Elan would never again be a member of the RKB.   After the Sunken God's defeat and the reshaping of global politics with the Treaty of Iverburg, the Shroud expanded its influence into Pescat with several lucrative intelligence-sharing contracts. The Shroud became a vital ally in the fight against the dragonborn cultists of the Ushers of Renewal and provided a level of stability in the Northern Territories following the collapse of the Kiri Clan in 908. While Medraad specialized in eldritch forces from the Far Realms, he encouraged various Shroud factions to expand their area of expertise and keep an eye out for any interplanar beings threating the balance of power in Ekal. 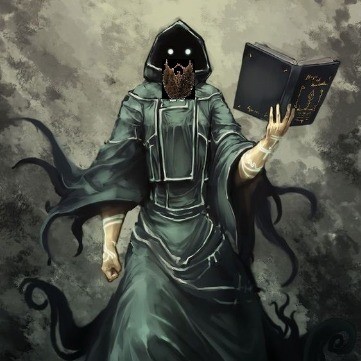