Kiri Clan was one of the largest feudal empires in the Northern Territories for thousands of years. Founded by high elves in the wake of the Ostry Apocalypse in the 3rd Cycle, the Kiri Clan fell on hard times in the 4th Cycle as the human Kawa and Oda Clans banded together to overthrow elven hegemony in the region. The kingdom was banished to the history books after the Oda-Kiri War of the 4th Cycle's tenth century, its largest cities annexed by Oda Clan and its emperor fleeing the region altogether.

The emperor served as the Clan's monarch and sole ruler, issuing decrees and raising armies to wage war against rival tribes. A small council of governors counseled the family leaders on political matters, but these advisors may ruin their entire career if their advice was deemed too controversial.

During Ekal's 2nd Cycle when Old Myltev controlled most of Pescaliat, elves represented a united minority faction that managed to navigate the intrigues of the empire's tiefling leaders. After the Ostry Apocalypse of the early 3rd Cycle however, the elves split apart and hid in different regions of the world to escape the monstrous deities invading the world: many wood elves fled to the continent of Liat while groups of high elves hid within the Zekronian and Bahamut Mtns of Pescat.   Once the Ageless One had defeated the Ostry Apocalypse's monstrous deities and revived the great forests of Ekal, the elves quickly began to amass power among the different cultures and regions around the world. The Elflands Empire in Southern Pescat adopted an imperial form of government reminiscent of the Old Myltev empire, but the high elves of the Northern Territories chose to adopt a more family-focused approach towards government.
Thus the Kiri Clan was founded after a series of high-profile marriages and treaties, a political family with the manpower to control 3/4 of the Northern Territories at the height of its power. The Kiri Clan took a much more hands-off approach to government than the Elflands, allowing feudal lords and clan leaders to govern Kiri's towns and clans on a day-to-day basis with little interference. The family leaders of Kiri Clan would unite the lords when a foreign invader or national crisis enveloped the region, but for most years the family's elite contented themselves with the poetry and intrigues of Younashi's Orange Palace. This arrangement lasted for hundreds of years with few major uprisings, the only interaction many inhabitants of Kiri Clan having with the ruling government being the occasional tax or wartime levy.

The political alignment of the Northern Territories changed forever when the human-majority Kawa Clan rose to power in the middle centuries of the 3rd Cycle, amassing an army large enough to rout the Kiri Clan's forces and retake many of the villages near the Melusine Mtns. The centuries of fighting between the Kiri and Kawa Clans had begun.   The Kiri Clan were forced to quickly rethink their kingdom's organization, Empress Kyo ordering a complete overhaul and more demanding levies from the kingdom's towns and regions. This propelled many territories like the Lotan Mtns into outright revolt, but the new approach to warfare maintained Kiri Clan's political relevancy in the Northern Territories for centuries to come.   Only a handful of battles ever involved more than a hundred thousand soldiers, both clans choosing to fight their rivals through slow-burning skirmishes until the other side abandoned the fight. Some conflicts would last decades due to this style of fighting, like the Twelve Decade's War of the 3rd Cycle's twenty-ninth century.   Long periods of peace became a rarity in the Northern Territories, most recently with the the Kiri-Kawa Golden Age of the 4th Cycle's seventh century. The centuries of bad blood and feuding made any type of ceasefire nearly impossible, leading to the establishment of neutral towns like Sanjuro City to try and facillitate open communication between the two families.   The two millennia of warfare created a military culture unseen anywhere else in Pescaliat. Expert fighters trained for years as samurai, leading armies onto the battlefield or completing dangerous missions at the direct orders of the family leaders. Some of the region's most famous samurai specialized in different forms of sepllcasting to maximize their skills, small tribes priding themselves on a hyper-specific fighting style or magic weapon. Siege weapons imported from kingdoms like Despero and Rakka found their way onto the Northern Territories' battlefields, and pretty soon firearms started reshaping the strategies of every warlord in the region.

Beginning of the End

Kiri Clan's leaders had long struggled to keep up with new inventions and tactics, but a new flareup of hostilities in the 870's seemed like an opportunity for the kingdom to reclaim its supremacy in the region. A marriage attempted to unify the two families ended in the assasination of both bride and groom, and the Kiri Clan waged a relentless war that nearly left Kawa Clan pushed back behind the walls of its capital city Ichigo.   All of this changed with the rise of Oda Clan, an obscure human tribe situated in a small farming community east of the Melusine Mtns. With the help of a powerful team of mercenaries, Clan Oda outmaneuvered Empress Chomei of Clan Kiri and routed the kingdom's forces at several major battles until the Kiri capital city of Younashi surrendered in 876. Empress Chomei was executed that same year when it was revealed that she had orchestrated the wedding assassination with the help of a criminal organization, and her heir Kenko was quick to make accommodations to the new military power and avoid another costly campaign.   Kiri Clan maintained control of vital trading posts like Moukazai and Shisu, but even these holdings proved tenuous as Oda Clan sought to expand its borders once more under the leadership of its new leader Bucephalus the Rambunctious. The Oda-Kiri War was the final nail in the coffin for the Kiri Clan, its leaders unprepared for the modern warfare waged by Oda Clan. After the capital of Younashi fell in the summer of 908, Kenko surrendered and the Kiri Clan joined Old Myltev in the dustbin of history.    The elven diaspora found itself fleeing their fallen capital for all corners of Pescaliat, many ending up in neighboring Sanjuro City or settling in the Elflands. Some dreamed of one day rebuilding their fallen kingdom, but many sought to find new meaning as nationless people in a modern world. 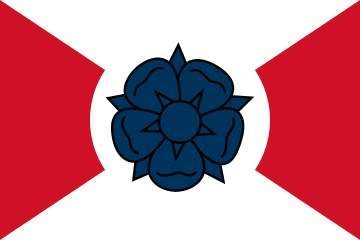