A human-majority tribe situated near the Zekronian Mtns of the Northern Territories. For years the tribe was a minor political force amidst the Kiri-Kawa Wars of the region, but in the 870's Oda Clan formed an alliance with the Kawa clan to defeat the elven Kiri Clan and reshape the political landscape for decades to come. In the 4th Cycle's tenth century Oda Clan is now one of the largest kingdoms in Pescaliat, but it's struggled to maintain control over its conquered territories and has ushered in a new era of uncertainty in the region.

A small band of councilors advises the family leader of Oda Clan. The family leader tends to take a much more active role in the affairs of state and acts as a strong central authority. Despite its name, the family leader is not a heriditary title and has been known to be granted to people adopted into the family.

For centuries Oda clan was an afterthought in the great Kiri-Kawa Wars that defined the Northern Territories for much of the 3rd and 4th Cycles. Its capital of Olenjii was a small farming community nestled beside the Zekronian Mtns, so it was of little strategic consequence for either nation's armies as they marched through the region. So long as the clan paid its taxes to whoever claimed ownership of the grasslands east of Melusine, Oda's presence would go unnoticed.   That all changed under the leadership of Mother Oda, who at the age of 25 took over leadership of the family and led it towards an unfathomable era of political power. For decades she forged alliances with Olenjii's neighbors to expand its sphere of influence, forging treaties with clans allied to Kiri and Kawa alike to avoid a partisan backlash. A devout worshiper of the Temple of the Ageless One, her contributions to the Temple granted her a level of religious legitimacy and influence that few rulers in the region could match.   Mother Oda's golden opportunity came in the 870's after a flare-up of hostilities between the Kiri and Kawa clans plunged the Northern Territories once more into open warfare. Hiring a band of adventurers to go after the kingdom's political rivals, Oda clan waited until Kawa was on the verge of a Kiri clan defeat to offer an alliance that could turn the tide of battle. A united band of Oda and Kawa-clan armies routed the Kiri clan's forces at the Battle of Younash Plains in 876, forcing Empress Chomei to surrender and realigning the balance of power for years to come.   After Chomei's execution Olenjii annexed the vital port city of Suika and the trading hub of Eld, expanding its influence and manpower to become the undisputed leader of the Northern Territories' great plains. Having reached the incredible age of 100 for a human, Mother Oda led the kingdom into the 4th Cycle's tenth cycle until she was chosen as the century's avatar for the Ageless One in Dhamma. The legendary general/adventurer Bucephalus the Rambunctious accepted the role of clan leader after her ascession, finishing Mother Oda's campaign by wiping Kiri Clan off the map during the Oda-Kiri War, making Oda Clan the undisputed leader fo the Northern Territories but also throwing the subcontinent into a new era of uncertainty as Bucephalus struggled to govern the newly-acquired territories. Oda Clan loyalists saw this moment as the growing pains of an empire on the rise, rivals saw this as an opprotunity to sow chaos and seize power for themselves in the Territories. 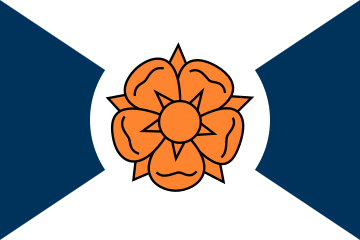 I Have Come to Make this Land My Own