The most stable and powerful nation to rise from the ashes of the Kiri Remnant. Created by the ambitious tortle Tolball, after seizing the port city of Nekutalin the kingdom became a haven for pirates and dissidents seeking to topple Sardivelia's trade empire. Unlike other warlords, Shogun Tolball runs a tight ship to ensure that civilians can live peaceful lives with harsh punishments for any who would dare harm NPC's.

The collapse of Kiri Clan coincided with King Nikolaj Baratov's tamping down of piracy in Myltev, leading many warlords and mercenaries to fill the vacuum left behind by the Kiri Clan in the Northern Territories. For a decade various armies and factions feuded with each other in this lawless territory, neighboring kingdoms too worried about maintaining stability within their borders to focus on stabilizing the war-torn lands of the Kiri Remnant. Some kingdoms like Sardivelia tried to play the game of thrones and support warlords favorable towards their regional ambitions, but the roiling tumult of the region made it near impossible for any one clan to claim full control.    Shogun Tolball's clan, the Snow Crab Roll, would have fallen into that same dustbin of history had fate not intervened at the most vital moment. An exile from the Sardivelian-controlled Finver Islands, in a matter of years Tolball managed to amass a sizeable army through a combination of seemingly impossible alliances and a brutally efficient system for administering justice. It took a special kind of leader to get common soldiers to fight alongside Sahuagin, and Headmistress Kyoko Hara of Sanjuro City's most prestigious University saw an opportunity to install an ally that could act as a buffer against Sardivelia's ever-expanding influence in the region. So in the spring of 919 the Fortunate Five, a band of GHG adventurers contracted in the service of Kyoko's University, assisted Tolball's forces and seized the city of Nekutalin in a single day. By breaking the seige and handing the tortle control of the largest settlement in the Kiri Remnant, the FF helped ensured Tolball's dreams of a new pirate nation-state would become a reality. There would be pockets of resistance to deal with over the following years, but with all the major coastlines and riverways secure New Tolball could now stand proud as the youngest nation in the Northern Territories.   List of Leaders 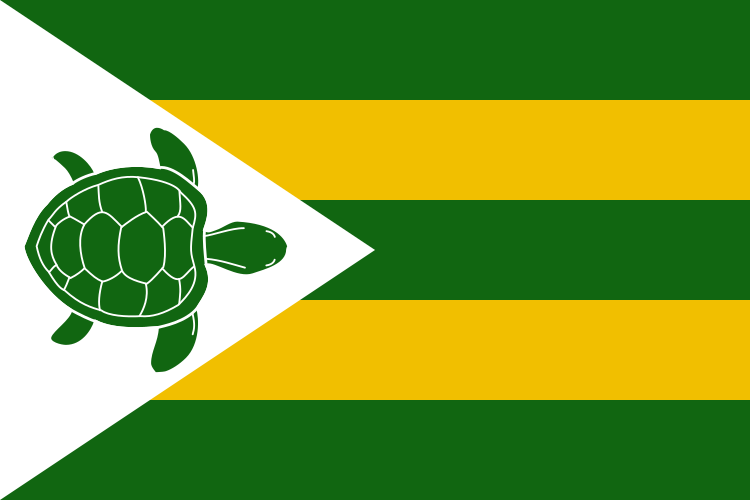 'Step on the shell, prepare to get snapped'