One of the largest human-majority kingdoms in the Northern Territories. Founded in the middle of the 3rd Cycle, for centuries the clan's leaders feuded with the elves of the Kiri Clan in a state of near-constant warfare that ravaged the region. After the collapse of Kiri Clan after the Oda-Kiri War of 908, Kawa Clan has struggled to define itself in the modern era and ceded much of its regional influence to the ever-expanding kingdom of Oda Clan.

Kawa clan's family leader takes a hands-on approach towards the kingdom's leadership, making policy decisions affecting all of the towns and villages under its control. Representatives from every tribe and village attend weekly council meetings to discuss the political implications of each decision.

Rivals From Day One

For much of the first half of the 3rd Cycle, the elven Kiri Clan controlled more than 3/4 of the Northern Territories and its peoples. Frequent wars with the black dragonborn of Melusine were a seasonal affair, but for centuries no kingdom was strong enough to rival the Kiri clan's domination. This uni-polar system came to an end with the rise of the Kawa Clan.   Tired from ceaseless Melusine raids and Kiri Clan taxes, a tribe of humans banded together to push back against all of the forces threatening their homeland. They agreed to centralize power with the charismatic Kawa Clan, and together routed Melusine and Kiri forces alike with resounding victories in the 1600's of the 3rd Cycle. The Kiri Clan had to reconcile itself to the fact that it was no longer the undisputed leader of the Northern Territories.   Thus started a rivalry of countless wars and feuds that would last for over two millennia. Some wars would completely reshape the map of the Territories like when the Kawa clan took over 3/5 of the region by the end of the 3rd Cycle, but most times the wars would end with uneasy truces that would flare back up into open warfare in a matter of years. Each side innovated the art of war to challenge the other with newfound strategies, the Kawa Clan focusing on guerrilla tactics and high-tech weaponry while the Kiri clan emphasized magic users and highly-trained units for large-scale combat.   It wasn't until the Kiri-Kawa-Oda War of 876 that the bi-polar balance of power in the Northern Territories was disrupted by the rise of Oda clan. In an alliance with Kawa Clan, they routed Kiri forces at the Battle of Younash Plains and ensured the kingdom's surrender along with the reshaping of regional politics for decades to come. Oda clan seized the vital trading hubs of Suika and Eld, and for the first time in over a millennia human-led kingdoms controlled a majority of the land and people in the Northern Territories.   Kawa Clan's leaders were pleased that its longtime rival had been defeated beyond recognition, but there was a simmering resentment towards Oda Clan over the fact that this upstart kingdom managed to defeat a rival power Kawa had been fighting for two thousand years. Oda and Kawa clans remained close allies following the war, but every expansion of Oda's territories was eyed with suspicion in Kawa's royal court in Ichigo. After the Oda-Kiri War of 908 completely wiped Kiri Clan off the map and led to a new era of instability in the region, Kawa Clan maintained its trade relationships with Oda Clan but pulled out of any future military alliances with the neighboring human kingdom. Kawa Clan would become more isolated from that point on, focusing on reinforcing its defenses for the inevitable power struggle wrought by Oda Clan's destabilization of the region. 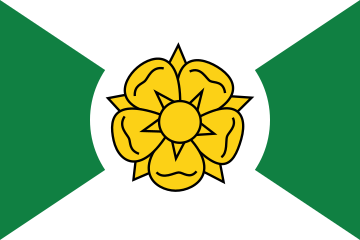