A privately-funded militia organized by industrialists in the Rakkan metropolis of Rel-Kadrar to maintain order and prevent the city's vast workforce from rebelling. For years the group was seen as uncoordinated and brutish, but under the leadership of Sammal Najjar the group became one of the most professional military outfits in the militaristic nation of Rakka. Now the brutishness is performed with a purpose, and even after Sammal's death in a conspiracy to overthrow the Hafiz ruling family the militia helps to maintain order between the kingdom's disparate factions and races.

The militia's leader investigates reports of unrest in Rel-Kadrar and allocates troops accordingly, usually in bands of 2-5 agents.

Under Sammal's leadership, Regulated Steel became a well-regulated militia with a strict code that all of its members are expected to follow. Agents wear their full plate armor at all times, report any rumors or suspicious activity to their superiors, and suppress any local unrest with brutal efficiency. After the fallout of Naberius' devilish conspiracy and Sammal's involvement, all Regulated Steel agents perform their duties maskless to prove that they're not a merregon in disguise. 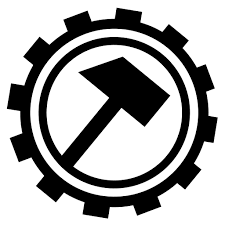 While the Iron's Hot