A male tiefling and former High Marshal of the Rakkan military junta, 877 - 900. A direct descendant of the ill-fated general Levin Hafiz who led the Sixth Elflands-Rakkan War in the 740’s, he continued Rakka’s anti-elven policies and invested heavily into the research and manufacturing of firearm weapons.   After a year of increased terrorist attacks led by drow from the disputed Verschow territory, on New Year's Eve 900 the crisis culminated in the assassination of Jalil and many high-ranking officials. A small-town tiefling preacher by the name of Eli Anderson became Rakka's emergency leader until the Treaty of Rel-Kadrar was brokered between Rakka and the Verschow.

The Hafiz family fell on hard times after Levin Hafiz's death in the final stages of the Sixth Elflands-Rakkan War. The Hafizes were all but shunned from the capital of Delmascar and its ruling elite, forced to relocate to its ancestral holdings in the small port town of Qilthani.   For decades the Hafiz family made the most of their role as the biggest fish in a small pond, fostering the town's growth and using its strategic point along the Southwest Passage to raise tariffs on Elflands merchant vessels. Jalil Hafiz graduated top of his class at the Scherazad Academy in nearby Rel-Odar, returning to Qilthani to play an influential role in local politics. Hearing rumors of incredible technological innovations from the Free State of Thorvald, he invested heavily in the region's inventions and advocated for Rakka's industrialization.   Many of his calls for modernization fell on deaf ears in the capital, the Raschid junta content to distract itself with petty border feuds in Despero. The Rakkan economy stagnated outside of the capital, cities like Rel-Kadrar full of unemployed transplants desperate for work. The goblinkin homeland of Bognil became a hotbed of unrest, and Jalil used the opportunity to foment a coup against the Raschid junta and its ruling class. Marching west through Rakka's vast frontier, a united force of goblinkin and alienated tieflings won several skirmishes with Rakkan forces and made it to the gates of the capital by the fall of 877.   The Raschid family resigned en masse and fled the country, relocating to the Myltev capital of Oblast (a human city with a significant population of tieflings). Jalil brought his family back to the center of Rakkan politics for the first time in over a century, seeking to transform Rakka into an industrial powerhouse capable of challenging the Elflands' position as regional superpower.   Striking lucrative trade deals with Thorvald and Bahamut, Rakka had access to huge deposits of the ores and metals needed to craft high-tech weapons for Jalil's vision of Rakkan supremacy. Rakka became the world's largest manufacturer of firearms by the end of the 4th Cycle's ninth century, and by the start of the tenth century Rakka started work on an airship program to dominate the skies. Rel-Kadrar became the nation's industrial powerhouse, supported by a cheap workforce and innovations in farming to fuel the nation's explosive growth.   Many of Rakka's neighbors expressed concern as Jalil's industrialization programs came to fruition. Among diplomatic circles it became a question of which nation the tiefling kingdom would invade first, not if. The collapse of the Elflands Empire during the The Sunken God's Reign of Terror in 897 eliminated Rakka's centuries-long rival, leaving the kingdom's neighbors of Glace and Despero as Jalil's most likely targets of conquest. Sardivelia may claim the title of wealthiest nation and Gameth as most influential, but it was Rakka that stood strong with the nation's largest active-duty military.   Jalil oversaw reforms with a borderline obsession, but his focus on modernization left the High Marshal exposed to threats of unrest coming from within his kingdom's borders. Strikes and riots in Rel-Kadrar ground the economy to a halt, forcing Jalil to rely on the assistance of a private militia known as Regulated Steel to maintain peace in the city. In the meantime drow separatists from the Verschow territory of Rakka's interior began growing more restless, seeking greater autonomy from the oppressive tiefling regime. By the year 900 drow raids frequently terrorized the farms and ranches feeding the kingdom's swelling population, escalating tensions and pushing Rakka's leaders towards a costly civil war.   Jalil's ambitions still extended beyond Rakka's borders, but his goals couldn't be accomplished without settling the drow question once and for all. On New Year's Eve of the year 900 he traveled east into Rel-Kadrar to cement support for a more aggressive campaign against drow aggression, but at a gala hosted by the leader of Regulated Steel Sammal Najjar the tiefling High Marshal was assassinated by drow rebels along with several influential members of the Rakkan government. They had sneaked their way into the gala with powerful magic, plunging the nation into weeks of uncertainty and saber rattling. Cooler heads prevailed with the signing of the Treaty of Rel-Kadrar in 901, and after Jalil's daughter Proserpine Hafiz took over as High Marshal his legacy as a transformative ruler was cemented in Rakka's history. 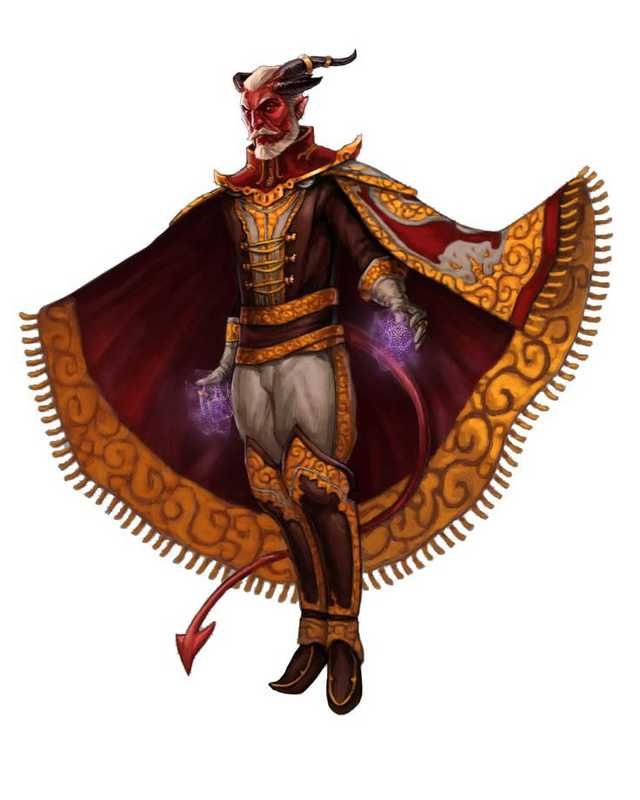