A female tiefling and High Marshal of the kingdom of Rakka. Daughter the nation's former leader Jalil Hafiz, her political appointment in 895 as mayor of the port city of Qilthani was marked by accusations of nepotism. She worked tirelessly to prove her political abilities, and during the Sunken God's reign of terror in 897 she ensured that the city's docks were defended against any sahuagin attacks. When a mysterious gnoll attack in 900 left the town on edge, she requested the nation's adventuring guild Rakka's Heroes to come to the city and solve the problem as soon as possible.   Despite a mixed record of successes from Rakka's Heroes, her utilization of the adventurers brought stability to the region and provided the local government with the time needed to prepare for an onslaught of drow attacks that fall. After a band of drow terrorists assassinated her father at a New Year's Eve gala in Rel-Kadrar, she was the clear favorite to succeed him and become the nation's next High Marshal. Rather than seeking retribution against the Verschow, she agreed to negotiations that led to the signing of the Treaty of Rel-Kadrar that forged a peace between the two kingdoms and allowed for the slow integration of dark elves back into Rakkan society.   No longer plagued by internal feuds, Proserpine could now lead Rakka as a world leader capable of filling the void left by the collapse of the Elflands Empire. Drow magic improved productivity in many of the kingdom's factories while new technologies like airships and firearms gave Proserpine's kingdom a powerful arsenal to use against its rivals. Rakka also experienced a new era of religious fervor after the unearthing of Naberius' devilish conspiracy, devotees of Tyr rooting out any signs of fiendish activity in the kingdom. Although ambivalent at first towards the religious movement sweeping her nation, Proserpine eventually embraced the new piety and pushed to make Rakka the new defender of the Ageless One faith. 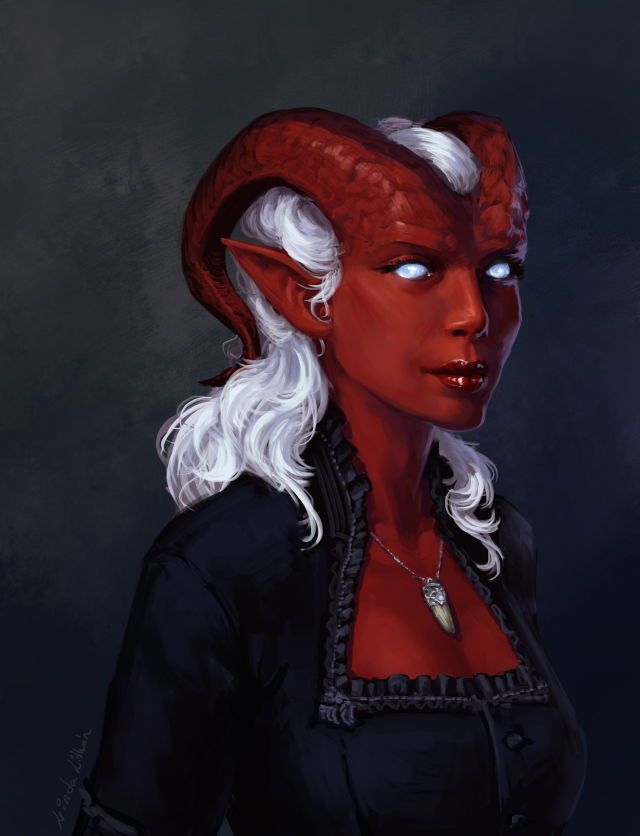