A female aasimar and former owner of the bookstore Devil's Bargain in Qilthani. For years she was known in town as an eccentric personality with an interest in books that discussed extra-planar worlds and creatures, so for some it came as no surprise when she randomly closed up shop in the early weeks of the year 900 and disappeared. The mystery deepened months later when a pack of gnolls broke into her store to steal a collection of books, requiring the city's mayor to call on the assistance of Rakka's new band of adventurers.   Through months of investigating, in the fall of 900 the adventuring group Rakka's Heroes was able to determine that Hedera had moved west to Rel-Kadrar and married Regulated Steel leader Sammal Najjar under the assumed name Ivy. So many fiends and devilish conspiracies had been unearthed throughout Rakka, and Hedera was at the center of them all seeking to instigate an all-out civil war between Rakka's tieflings and The Verschow's dark elves. The plan was to make deals with both factions so that Hedera and her archdevil patron Naberius could collect souls from both sides of the conflict, but Rakka's Heroes stopped Rakka from falling under the sway of Naberius' influence by killing Sammal and Hedera on New Year's Day 901.   Hedera had risked everything to see this conspiracy play out, and her failure would not go unnoticed in the Nine Hells. 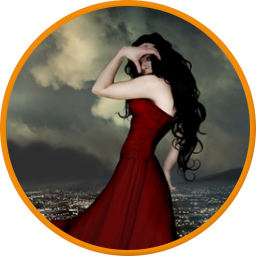