The local captain of the guard in Poroshenko, promoted to the position after Bratomil's death in 897. Young and inexperienced, he helped the Royal Knights Brigade after they cleared out the sahuagin threat from Poroshenko's sewers and looked the other way when they traveled to Kolya Bridge for a confrontation with the Sardivelian Brigade of Knights. He held onto the position even after the defeat of the Sunken God at the Battle of Kassadeia, growing more experienced and disciplined with every passing year.   As Poroshenko became a hub for adventurers of all stripes in a post-Elflands world, Kirill helped maintain the peace and ensure that no factional feuds spilled onto the city streets. 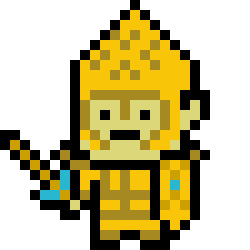