"We are time’s subjects, and time bids us gone," -Queen Rosalind Avon of the Elflands, 898, 4th Cycle

A thousand years ago the world's elves controlled more than two-thirds of the territory in Pescaliat and ruled over millions of diverse races. In the modern era the old elven empires have collapsed and waned in power, forced to step back from the world stage while new nations of humans and minor races rise to to take their place. The age of elves has come to an end, with many accepting this fate and retreating to the ancestral homelands. Others have refused to step quietly off the world stage, taking up life as an adventurer for glory or redemption.

Stepping from their forest dwellings at the dawn of the world's 3rd Cycle, elves dominated continent-spanning empires and kingdoms for thousands of years. The Elflands Empire subjugated millions of people and over a dozen different races, the Kawa Clan ruled the vast costs of the Northern Territories, and the great elven kingdoms of Liat were some of the most prosperous in the world and wrote epic tales studied by scholars to this day. For years it felt as though the elven kingdoms would rule Pescaliat forever as few could withstand the might of elven hegemony.    All of that changed in the 4th Cycle as one by one the elven empires fell to newer human kingdoms. The human nation of Gameth wiped out Liat's elven kingdoms at the start of the 4th Cycle, Glace's elven ruling class were forced to become junior partners in a power-sharing agreement with the nation's dwarves and humans in the late 400's, and the Kiri Clan's regional dominance collapsed after a disastrous war with the human Kiri and Oda Clans in 876. The final blow came in 897 when the Elflands Empire's 4,000-year reign came to a bitter end when a monstrous deity known as the Sunken God destroyed its capital of Kassadeia and murdered hundreds of thousands of elves in a matter of months. When the empire collapsed elves were forced to retreat to their ancestral homelands in the Golden Forests, Kassadeia standing as a haunting monument to the kingdom's hubris and former power.    At the dawn of the 4th Cyle's 10th century a movement has gained traction among the world's elves known as the Regathering. Millions of elves began moving to the Elflands kingdom and its new capital of Henriad, seeking strength in numbers and shelter from the destructive forces of the outside world. Cities the world over experienced significant declines in their elven populations, heralding a new world era where elves would be playing a supporting role in global politics.
Genetic Descendants
Origin/Ancestry
Golden Forests
Lifespan
750 yrs
Geographic Distribution
Proliferation: Uncommon   Stats/Rules: PHB 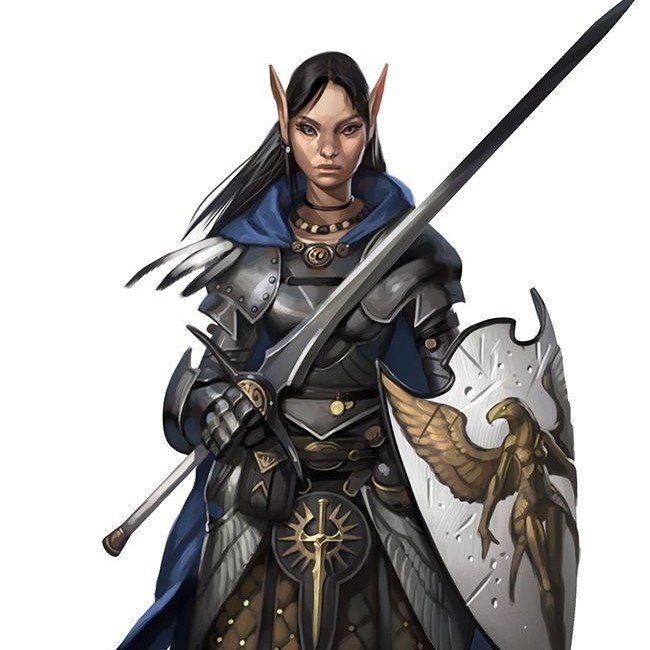