A short-lived kingdom on the northern peninsula of Liat. Declaring its independence from Gameth in the 820’s, the kingdom was focused on preserving the forests and magic of its region until Queen Astrid Nestorius brought it back into the Gamerian fold in 874. Resistance to the reunification persisted for several years, but unrest has been quelled by Queen Astrid's accommodated regional demands for environmental protections and investment into the use of magic (most notably with the Refn Reforms of 906). While the capital of Gameria remains the beating heart of the newly resurgent kingdom, the region of Hakon provides Gameth with many of its most powerful druids and spellcasters. 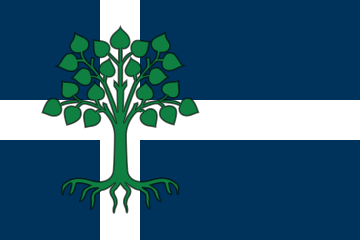