A spy network composed of bards, adventurers, and rogues in service of the Treeleaf Union. Founded by Josephine Elderberry in the early years of the 4th Cycle's tenth century, agents of THEM disguise themselves as traveling performers and freelance adventurers collecting useful intelligence for the Union.

Josephine Elderberry's office acts as the central hub of information collected by THEM. Various adventurers and spies working in service of THEM are allowed with minimal oversight so long as they provide frequent intelligence updates.

After the signing of the Treaty of Iverburg and the formation of the Treeleaf Union in 898, the newly independent halflings of the Union found themselves in a precarious position. Having succeeded in creating a nation of their own free from imperial oppression, they found themselves competing with half a dozen nations for regional dominance in a post-Elflands world. Sardivelia's fleet dominated the waterways of the Karaga Sea, Rakka amassing the most technologically advanced army in modern history, and neighboring Bahamut had just elected a new leader who sought to turn the isolated mountain kingdom into a key player in Southern Pescat's politics. That was not to even mention the human kingdoms of Myltev to the east and the tieflings of Rakka to the south, leaving the Treeleaf Union surrounded on all sides by nations eager to define the new era of world history. The Union would have to use every strength to its advantage to maintain its independence.   Some members of the Union's first government suggested establishing a state-sponsored adventuring group similar to the legendary Royal Knights Brigade of Gameth to garner fame and accolades for their homeland. But after Rakka's disastrous experiment with state-sponsored adventuring (a dozen adventurers from Rakka's Heroes died in less than half a year), the plan was put on hold as other strategies were discussed.   Josephine Elderberry, spymaster for the kingdom's numerous coalition governments, proposed in 903 turning the nation's greatest export into its greatest defense: bards. Every year dozens of bards and adventurers graduated from Mulane College in the Union's capital of Noggin, eager to travel the world and discover new stories to tell. Let them tell those stories for the benefit of the Union by employing bards as spies gathering intelligence on all of the Union's rivals. These adventurers would be expected to make their own way in the world, but if they provided the Union with frequent updates their income would be supplemented by Josephine's organization.   The Union's prime minister demurred on the proposal, but after being blindsided by a Sardivelian shipping dispute that nearly cost him an election the ruling government approved the creation of Josephine's spy network. Nicknamed THEM by one of its founding members, the name stuck as the network expanded to every major city from Havre to Poroshenko and everywhere in between.   THEM's agents showed a remarkable talent for discretion and avoiding suspicion from local governments, a skill that brought them into frequent conflict with the anti-occult organization The Shroud. As a group that similarly prided itself on stealth and intelligence gathering, the Shroud was suspicious of THEM's growth and would oftentimes wage a cold war with the group that would play out over multiple continents. This cold war would simmer for years to come, but domestically THEM started to cements its influence over the Treeleaf Union: in the fall of 918 a 'Secret Party' won 28% of the vote in parliamentary elections to become the kingmaker in coalition discussions, their one condition being that generous fuding was allotted to the kingdom's spy network (ie THEM). 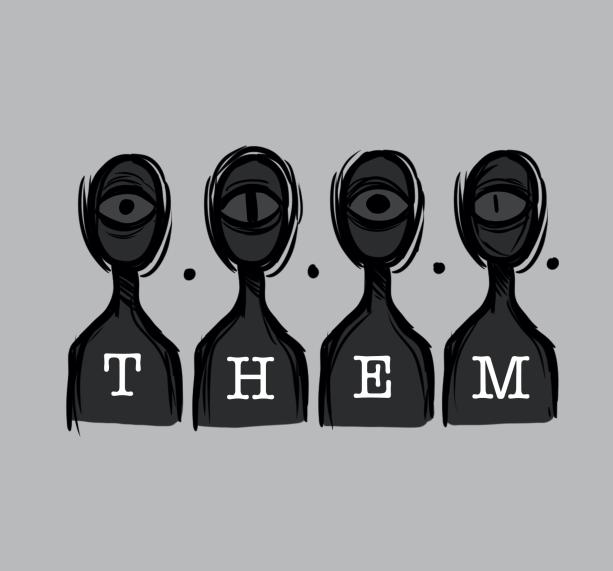 A Badge is Scarier Than a Gun