"I very much believe I'll live to see the day when humans have a foothold into every corner of the world." -Paoli Piedmonte, 881, 4th Cycle

Adaptable and ambitious, ever since the dawn of the 4th Cycle humans have rapidly expanded their influence on the world stage. Human kingdoms like Gameth and Sardivelia are now some of the most prosperous kingdoms in Pescaliat, and in the Northern Territories regional power has now shifted towards several human-led nations. Many saw the collapse of the Elflands Empire in 897 as the end of the Age of Elves, leading some to speculate that the Age of Humans is about to dawn. 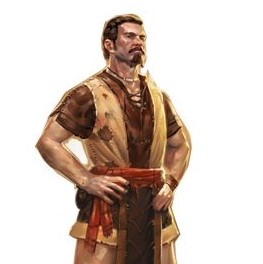