A moutainous kingdom in the Northern Territories surrounded by dense jungles and rainforests. The region's blue dragonborn protect Lotan's indigenous populations of lizardfolk and grung from outside interference, an arrangement that has lasted for nearly twothousand years until a devastating wildfire in 908, 4th Cycle, forced the Conservation to open up to foreign influence.

A tribe of blue dragonborn convenes every fall to discuss any threats facing the Conservation or disturbances within Lotan's jungles. Representatives of the lizardfolk and grung tribes appear as well to have a say on how their territories are governed.

In the wake of the Ostry Apocalypse at the beginning of the 3rd Cycle, much of the land on Pescaliat was devastated and uninhabitable for most mortal life. Before long the whole world would start looking like the Campanel Desert, so the Ageless One intervened by fostering the growth of forests and jungles all over Ekal. The Kelethian Woods of Hakon, the Golden Forests of the Elflands, and the dense jungles of the Lotan Mtns were all created during this time period.   The immediate beneficiaries of this revitalization were the elves of Pescaliat, who with their fey ancestry knew how to tame and mold the wilderness into sprawling empires that would define the 3rd Cycle as the Era of the Elves. The Elflands used the Golden Forests as the foundation of an Empire that would span three oceans, and the high elves of Kiri Clan in the Northern Territories situated their capital in the center of two vast forests and used their resources to usher in an era of growth and prosperity.   The jungles of the Lotan Mtns were officially annexed by Kiri Clan early in the 3rd Cycle's fourth century, the native dragonborn and lizardfolk too fragmented to put up any kind of resistance. For centuries the Kiri Clan was a stabilizing force in the region, putting an end to many of the petty tribal disputes that had defined the region since the days of the ancient dragon god-kings. Legends told of how the lizardfolk sided with the yuan-ti against the dragonborn of the Lotan Mtns, and for many blue dragonborn in the region this was grounds to continue waging countless feuds and wars against their lizardfolk neighbors. After more than 1500 years of Elflands rule, these feuds became a distant memory as both dragonborn and lizardfolk alike became subjugated by the Kiri Clan elves. The region was treated as a sacred pilgrimage site for high elves seeking to reconnect with nature, the natives forced to act as sherpas through the dense jungles to help the pilgrims reach 'true enlightenment'.

That Idea of Sovereignty

The Kiri Clan's relationship to the Lotan Mtns drastically changed in the 1900's of the 3rd Cycle after its first major war with the human Kawa Clan to the north. The Kiri Clan had ruled as the undisputed leaders of the Northern Territories for centuries, but the rise of several human tribes to the north and west indicated that the clan would have to modernize and rethink its fighting styles to survive into the 4th Cycle.   The emperors of the Kiri Clan began to raise armies numbering in the hundreds of thousands, plunging deep into the Lotan Mtns and Koulan Forests to gather precious metals and resources for future battles. The lumber town of Mokazai was founded during this time period, and permanent trading posts were established at Lotan's boundaries to quickly move timber and magic relics to the Kiri Clan's capital of Younashi.   Lotan's dragonborn and lizardfolk, having long ago set aside their differences, began to unite and push back against the destruction of their homeland for distant wars. Forging an alliance with the grung and mystical creatures that dwelt within Lotan's densest jungles, the blue dragonborn began to push back against elven oppression in a decades-long fight for independence until the region was formally recognized as an independent nation in the 1980's of the 3rd Cycle. The Kiri Clan lost thousands of soldiers in Lotan's rainforests, and with another war against the Kawa Clan looming on the horizon the Kiri imperial family decided to cut its losses and leave the region to its own devices. The Lotan Conservation was born.

Visitors to the Conservation have often remarked on how little the kingdom has changed in its two thousand-year history. Wars, revolutions, plagues, and disasters have ravaged Pescaliat countless times over, but Lotan's founding principle of permanent neutrality and strict quotas on visitors entering the region have kept it insulated from many of the modern forces reshaping Pescaliat.
The region's blue dragonborn maintained constant patrols throughout Outer Lotan, stopping any smugglers or poachers from entering the Conservation uninvited. Should any poachers pass through this militarized border, the region's lizardfolk and grung have spent centuries crafting poisons that can stun a man in a matter of seconds. Should any vagrant survive the border guards and poisons, they'll find themselves face-to-face with monsters and magics thought extinct for centuries within the gates of Inner Lotan.   Lotan's isolationism proved to be the perfect breeding ground for dragons, giants, and countless other creatures who roamed the world of Ekal in its infancy. Researchers from Tahrir College and Chusei University have begged for years to enter Lotan and study these legendary creatures, but the Conservation's tribes prohibited any outside meddling from its neighbors.    All of that changed with the Great Fire of 908, a truly apocalyptic wildfire that burned down nearly half of the Conservation's forests. A pyromaniacal sorcerer named Balasar Norixius was blamed for the Great Fire, but his capture by Shroud forces did little to help Lotan recover from the destruction. Hundreds of grung and lizardfolk tribes were left homeless, forced to flee to cities all over Pescaliat to work for wages just to feed their families. Sardivelia intervened with generous financial support to help the Conservation rebuild, but on the condition that the kingdom stop its isolationism and open up more of its land for resource extraction (handled by Sardivelian companies, of course). Lotan was too weakened to argue against the conditions, leading to a new era of exploitation by foreign powers. Some dragonborn have started to organize against these oppressive forces, seeking to one day kick out the Sardivelians and return Lotan to its former majesty. 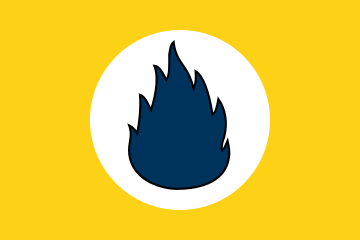