A legendary paladin from Helm's Devoted and a former member of Gameth's Royal Knights Brigade. He fought undead liches like Valdemar and Fairouz, and upon retirement he joined Queen Astrid's royal council as an influential member of the kingdom's defense ministry.

Born to the noble Fireheart family in northern Gameth, Roland was raised under high expectations and responsibilities from his father Tristan. He joined a paladin guild in service of Helm at a young age, and he proved to be a serious and mature child for his age. This orderliness kept him centered following the death of his mother Amara, but his younger brother Arthur took the passing much harder. Arthur began dabbling in the occult and dark arts of necromancy, banished from Watchtower after caught one night digging up graves   Years later Arthur would return to the Fireheart estate a changed man, offering Roland an opportunity to gain immortality by joining Arthur’s newfound cult. Roland outright refused, and Arthur did not take the dismissal lightly. He destroyed the manor, killing Roland’s wife and daughter in the inferno. Fueled by vengeance, Roland traveled to Gameria to investigate Arthur and the Court of the Undying.   This led to him being roped into the Royal Knights Brigade by Gameth’s defense minister Fallworth Lockmere to go on quests and adventures all across Liat in service of the throne. These adventures granted Roland closure on his traumatic past with the deaths of Valdemar and Arthur in 874. Roland assisted the Gamerian government during the early stages of the Avicennan War, sailing to Oakengaard to quell unrest and fight a burgeoning cult known as the Coven led by Fairouz the Undying.   His run-in with the time god Arvyll left him aged and battered, and a few weeks later Queen Astrid appointed him to her war council in Gameria. Roland had fallen in love with a ship captain named Theron Fireheart and had a child on the way, so retirement from the adventurer’s lifestyle began to sound appealing.

Roland defended Gameria from attacks against the Coven and Avicenna, and over the course of two decades he established a powerful faction in the Queen’s royal council. An avid fighter, Roland continued to attend matches at the local fighting pits on a weekly basis well into his 60's.   His daughter Amara took up the adventurering mantle in 896, but her loose morals and rebellious nature left him worried. Sure enough, in a matter of months she had joined a revolutionary group known as the Characters and fallen under the thrall of a monstrous deity known as the Sunken God. She died at the Battle of Hedgpeth that same year, but the Sunken God transformed her into an undead wight to help usher in a reign of terror on the people of the Elflands and beyond.   The news of Amara's death devastated Roland, another painful loss in his long life of tragedies. As he learned more about the Sunken God and its powers over life and death, he urged Queen Astrid to send the Royal Knights Brigade on an expedition to the Elflands to defeat the monstrous deity once and for all. He granted his ancestral greataxe Redemption to the barbarian fighter Jax, urging him to use it to rescue Amara's body and soul from the clutches of the Sunken God.   In the meantime Roland involved himself more with the activities of the RKB to distract himself from the loss of his daughter. He joined Elan Quinn and an eclectic group of fighters on a journey to the rurual Hakonian village of Dunwich to apprehend the warlock Wilbur Whately, and he ordered daily updates on the situation in the Elflands to track the spread of the Sunken God's power. By the final of months of 897 he helped organize an international coalition to perform a naval invasion of the Elflands to retake the ruined city of Kassædeia. He met with the Royal Knights Brigade in the Glacian city of Poroshenko, advising them to journey to the halfling city of Noggin several days before the rest of the fleet to ensure the city was protected from the Sunken God's sahuagin hordes. Once Noggin was free of the sahuagin abominations summoned by the monstrous deity, Roland moved the coalition fleet to its docks and prepared for the final invasion of the Elflands with the rest of the RKB.   While the RKB traveled southwest towards the ruins of Kassadeia, Roland led the fleet towards the port town of Elwood to destroy several towers containing the elder brains used by the Sunken God to control tens of thousands of sahuagin. In one of Pescaliat's greatest naval campaigns, the towers were destroyed over the course of several days and the sahuagin forces were dispersed to all corners of the earth. The loss of life was great, dozens of ships destroyed and thousands drowned, but Roland survived the assault and led the campaign to clear the Elflands coast from the remaining elder brain towers.   Following the Sunken God's reign of terror Roland attended the Treaty of Iverburg in 898 as the representative of Gameth's government. He helped ensure a fair allocation of territory among the surviving kingdoms, and forged closer ties with fledgling nations like the Treeleaf Union and Broggfey. Heartbroken by the loss of his daughter, he retired from Queen Astrid's royal council a couple years later and founded an orphanage with his wife Theron in honor of his dead daughter. Roland, having lived a long life full of adventure and tragedy, died of old age at his Gamerian estate at the age of 72. 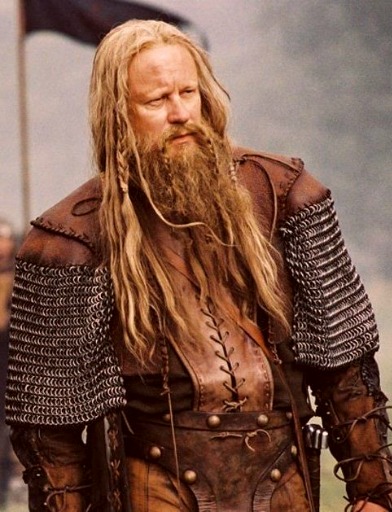