A warlock in service of The Keeper of the Gate. In the 890's he traveled with Amara Fireheart and Adam Divisav as a member of the Characters Revolution, but after the New Year's Massacre in Kassædeia he was apprehended by Gamerian authorities in his hometown of Dunwich. He died of old age in his jail cell less than ten years later, despite being no older than 27.

Not much is known about this imposing astrologer. Reports from The Shroud confirmed that he was born in a small isolated settlement in Hakon known as Dunwich, a town so backwards that it hasn’t built a single shrine to the nation's supreme deity Erivo. He left Hakon at a young age and moved to the Elflands, poring over centuries of arcane lore in the capital's Imperial Archives. For months rumors persisted of his dark experiments in the name of some monstrous deity known as 'The Keeper at the Gate', to the point that his laboratory was raided and destroyed by the Elflands government in 894.   Spiteful from the disruption in his studies, Wilbur joined the revolutionary group known as the Characters to perform his experiments with minimal oversight. When Veridan Solidor abandoned one of the group's adventuring parties in 896, Wilbur was assigned to the party as the revolution kicked into high gear and assisted them at the siege of Thork and the Battle of Hedgpeth. On New Year's Day 897 he returned to the Elflands capital of Kassædeia and helped topple the Elflands Empire as sahuagin under the leadership of the Sunken God stormed the city and massacred thousands of elves. The Mariner, one of the leaders of the Characters, had revealed himself to be working for the Sunken God and offered Wilbur the chance to help establish the monstrous deity's new reign of terror. Wilbur demurred and chose to instead observe the battle from afar. When the party defeated The Mariner he traveled with them back to Kanara with the help of Medraad Le Fey (a small 'Suggestion' goes a long ways). Back at Shroud HQ Medraad had Wilbur arrested immediately for casting enchantments on him, but later that same night Elan Quinn freed her old adventuring partner just to piss off Medraad.   A couple months later, Elan and Roland Fireheart were tasked by Queen Astrid with traveling to Dunwich to investigate Wilbur’s activities and determine whether or not he posed a threat to Gameth. Accompanied by the Queen’s guard Kells, a fairy sorcerer, and a lizardfolk druid, the five of them managed to make it to Wilbur’s estate at the top of a mountain overlooking the small town of Dunwich. Elan had a change of heart and decided that Wilbur was too dangerous to be left to his own devices, and with Esmeralda the fairy’s help she tied Wilbur up and brought him to Oakengaard for questioning. He spent the rest of his life imprisoned in an Oakengaard jail cell, refusing to answer any of the probing questions from Kells and other Gamerian authorites sent to question him.

He grew and aged at a remarkable rate, appearing to be in his nineties after just a decade in prison and standing over ten feet tall. Gameth's spellcasters proved unable to explain this remarkable transformation, and before experiments could be performed Wilbur died of old age in the year 906. All the guards found in his cell that day were his prison clothes and a pile of dark sludge. Failing to learn anything from the leftover material, the sludge was incinerated and buried in an unmarked grave in Oakengaard.   In the years following his death, rumors persisted that Wilbur had somehow survived his incarceration and was now out in the world again. Sailors told stories about an ominous ship haunting the waters of the Karaga Ocean called the Colour Out of Space, and a disgusting kuo-toa by the name of Kuranes visited several docks picking up supplies for a mysterious client known as 'The Gatekeeper'. The Shroud have taken the rumors seriously: Wilbur's powers and intelligence are unparalleled, and his revival would be a dark threat for the world. 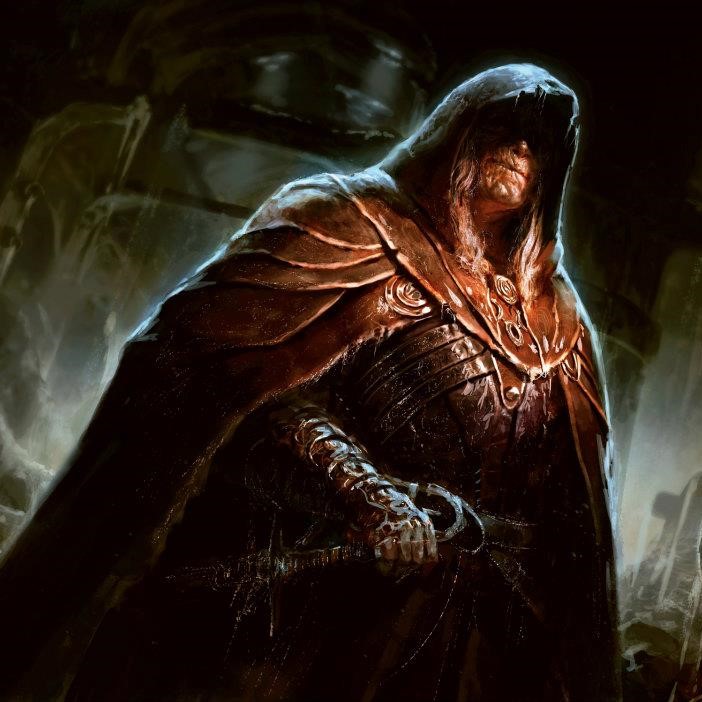