An elven man and one of the three former leaders of the Characters revolutionary group. He revealed himself to be an agent of the monstrous deity known as the Sunken God and was killed by the Royal Knights Brigade during the New Year's Massacre of 897.

As a member of the Avon imperial family, Prospero went missing at sea several centuries ago and was presumed dead. It would be years before people would learn the truth of how the nobleman became one of the first victims in the Sunken God's efforts to establish a new reign of terror on Pescaliat. He traded his soul for the powers of an aboleth, returning to the mainland and infiltrating the Characters revolution as it started to gain momentum in the latter half of the 4th Cycle's ninth century. While some in the group were suspicious of having an elf help in their fight against the Elflands, his knowledge of imperial secrets proved invaluable as the revolution kicked into high gear.

Under the pseudonym of 'The Mariner', he assisted a party of adventurers in its efforts to overthrow the Elflands Empire at the New Year’s Massacre of 897; but in a shocking twist it was revealed that he was actually conspiring with a monstrous deity known as the Sunken God. He summoned an undead version of Amara Fireheart known as Jones Burns to assassinate Empress Ophelia Avon, and he channeled the aboleth powers granted to him by the Sunken God to fight the remaining members of the party. Once Amara was incapacitated and Wilbur Whately summoned a Gug, The Mariner was cornered and defeated by Jax with a greivous blow of his great sword. 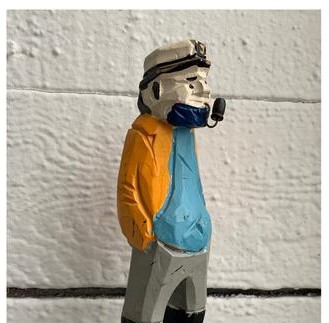