From a young age Laertes knew that he would one day take the throne of the Elflands Empire, but he didn't anticipate it happening so soon. His father Polonius II was killed in the Siege of Dhamma battling off hordes of yuan-ti from Sheyuan, a sacrifice that ensured the safety of the world's holiest city for centuries to come.   Overwhelmed by the world of court politics and imperial responsibilites, Laertes II chose to make his reign a tribute to his late father by devoting enormous funds to the church of the Ageless One. The Elflands had taken on the title of 'Defender of the Faith' after saving Dhamma from certain destruction, leading Laertes to oversee the creation of thousands of temples around the Empire. New faiths were deemed subversive or threatening to the Empire, leading to large-scale purges every few decades.   Laertes' focus on piety cemented the Ageless One's influence on the world of the 4th Cycle: many had taken the deity's defense of the world for granted and ignored its denouncements of various cults in the waning years of the previous Cycle, but with Laertes' advocacy each pronouncement from the Ageless One had the power to elevate or decimate entire religions. A religious revival spread through the Northern Territories and Southern Pescat, transcending borders and alienating more secular organizations like the wizardly Magus Collective.   The Emperor's contributions to the Ageless One's faith can still be felt five centuries after his death, but Laertes' singleminded focus on religious affairs came at the expense of all other aspects of Elflands society. The first century of the 4th Cycle saw the first major threat to elven hegemony in Pescaliat after centuries of undisputed rule as human kingdoms came to power. The nation of Gameth overwhelmed the elven nations of Liat while humans of Kawa Clan tormented the elven Kiri Clan in a decades-long war, but Laertes did little to support his elven kin around the world. The Emperor's evangelizing ensured that the human kingdoms worshipped the Ageless One and its subsidiary deities like Erivo, but Laertes failed to use this influence to intervene on behalf of the elven kingdoms. By the end of of his reign in the mid-400's Gameth had become one of the largest kingdoms in Pescaliat, heralding the beginning of the end of the Age of Elves.   Laertes' son Polonius III was left with a pious Elflands vulnerable to wars and internal revolt. Polonius paid begrudging respect to the religious leaders of the Ageless One faith, but he focused most of his reign on securing the Elflands border and suppressing revolts within the Empire. 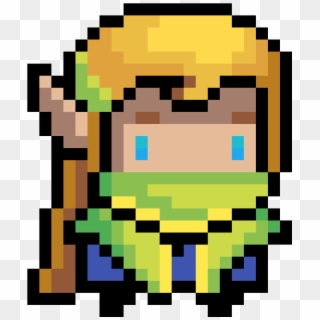