Polonius Avon III's daughter and former Empress of the Elflands. She wanted to maintain unity in the empire and prevent unrest, but she was also concerned by reports of an uptick in occult activity in Oridelfa and beyond. She was in Kassædeia on the night of the 897 New Year’s Massacre when a horde of sahuagin stormed the city at the Sunken God's command and slaughtered the remaining nobility in town. A band of adventurers raced into the palace to confront the Empress, but an undead wight version of Amara Fireheart murdered her at the Sunken God's behest before they could intervene. The killing was quick and savage, and with many of her successors either dead or missing the Avon royal family is left in disarray until Rosalind Avon's coronation in 898.

As the firstborn daughter of the Emperor Polonius III, Ophelia lived her whole life with high expectations on how to carry herself. Born only a few years before her father took the throne in 435, she was carried along to hundreds of imperial council meetings to see how the levers of power operated first-hand. Polonius III was obsessed with threats to the Empire both foreign and domestic, and Ophelia was protected by a dozens of guards at all times.    After centuries of a life under close scrutiny, her father's paranoia began rubbing off on Ophelia as her father grew older. The imperial family had learned that the Empire was at its weakest in the years following the death of an Emperor, allowing territories to revolt and declare their independence from the Empire. This happened with Despero after the death of Fortinbras I and with Sabha in the wake Polonius II's passing at the Siege of Dhamma, and Ophelia feared the same would happen with her coronation. After the secession of Bahamut in the 780's Polonius and Ophelia had even more reason to fear unrest, and over the next century protests from Noggin to Thork were mercilessly tamped down. Ophelia learned much about suppression tactics from her father in these years, and perhaps in a world where the Sunken God's reign of terror never occurred it would've been possible for the young Empress to survive the Character Revolution and keep the Empire afloat for centuries to come.

Polonius III passed away in the summer of 896, leaving Ophelia as the Elflands Empire's ninth emperor in its 4,000-year history. Her imperial council anticipated protests in the months following the death of her father, but not on the scale organized by the Characters Revolution. Starting with a bombing of Kassædeia's Temple of the Ageless One that left many of the empire's regional governors dead and incapacitated, Ophelia's government was left with limited expertise to deal with a revolution that had spread to all corners of the Empire. Halflings in Noggin, gnomes in Galway, kuo-toa in Oridelfa, and goblins from Hedgpeth were all fighting imperial forces with a fury unseen since the Fortinbras I's imperial conquests.  By the winter of 896 Ophelia had regrouped the Empire's forces around the capital, organizing a campaign that would split the revolution's forces in half and cut off their supply chains. The Empress had reclaimed the city of Thork and mobilized elven forces from Estrival and the Golden Forests, and the stage was set for a prolonged civil war where the Empire would besiege cities in revolt until the Characters surrendered or ran out of supplies.    Then the New Year's Massacre of 897 happened, where sahuagin under the control of the monstrous deity known as the Sunken God stormed the Elflands capital of Kassædeia and slaughtered tens of thousands of elves. As the cultural, political, and economic capital of the Empire, the Elflands was thrown into chaos as the elven ruling class fled for their lives to the neighboring kingdoms of Sabha, Despero, and Bahamut. The conflict was no longer a fight between imperial and rebel forces, but now an existential battle between defeat the kingdoms of Southern Pescat and the 4th Cycle's greatest threat to global stability.   The Sunken God's reign of terror would leave millions dead across the remains of the Empire, and Ophelia was one of the first victims during the New Year's Massacre. A wight under the Sunken God's command swiftly executed the Empress in her royal chambers, leaving the Elflands leaderless for more than a year until Queen Rosalind Avon's coronation in 898. In a kingdom where Emperors reigned for centuries on end, Ophelia's rule had only lasted for less than eight months. 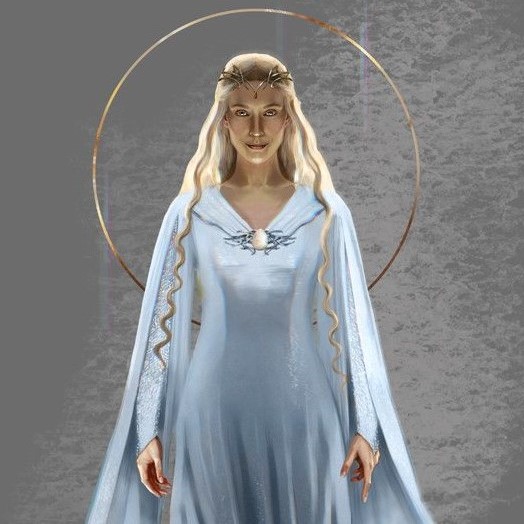