Work in progress!
Slightly NSFW!
In comparison to the School of Arcane Arts, the Arcane Academy has a much greater emphasis placed upon practical application rather than just theory – here students will learn how to use their powers effectively in combat situations by learning various forms defensive/offensive spells & enchantments which can be used against enemies either physical or magical in nature. They also practice forming new alliances between themselves via cooperative rituals involving multiple casters working together towards a common purpose (e.g healing wounds etc) - all while taking into account any potential risks involved during such activities due its inherently dangerous nature.   Despite its reputation as a place where nothing sinister ever happens, some say there are secrets hidden within these walls… secrets which not even its teachers may know about… one thing is certain: if you want to explore the depths of sorcery then look no further than here. 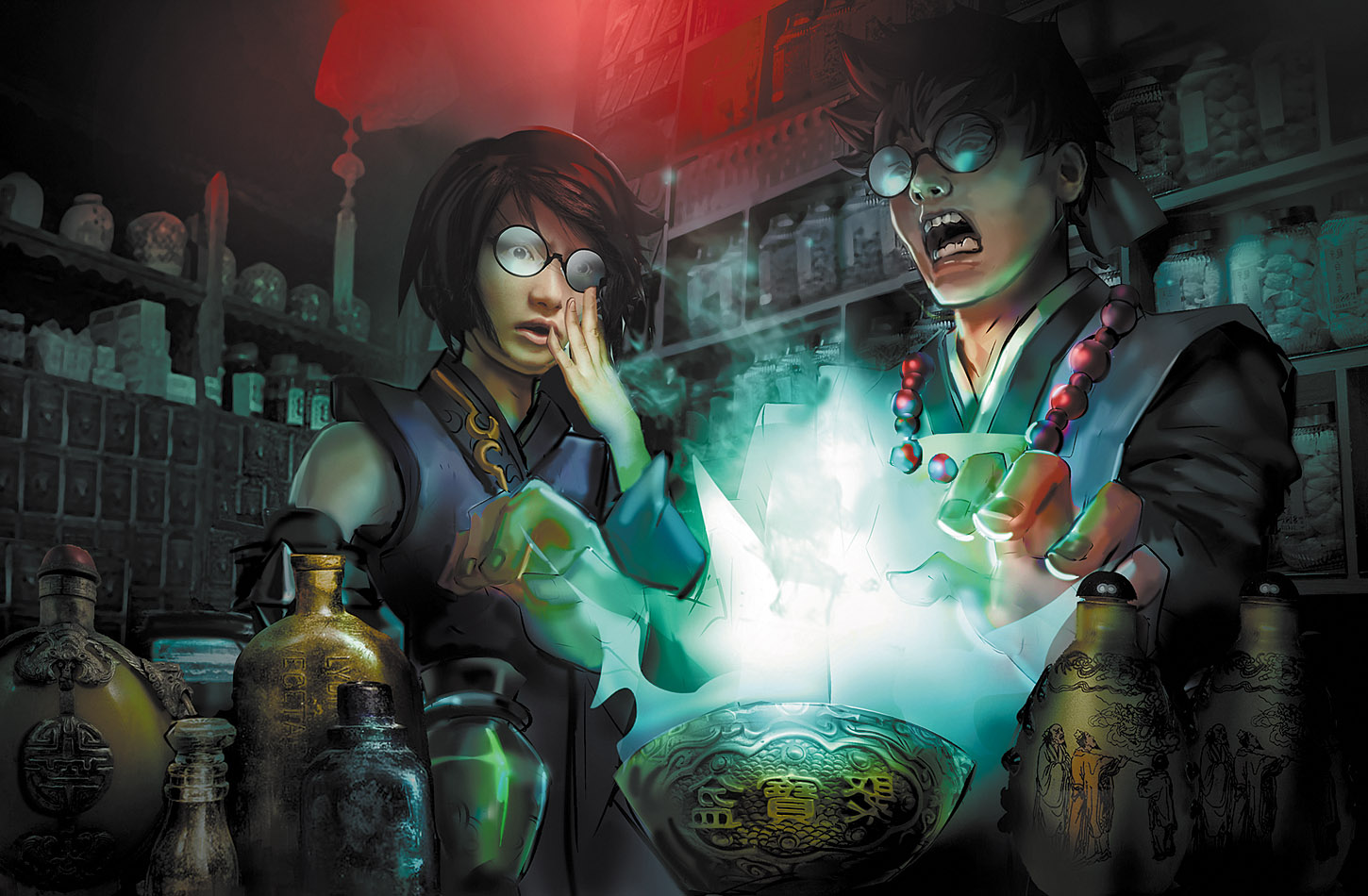 Every year during the Summer Solstice Festival, students at the Arcane Academy come together for an exclusive event called "The Summoning." It's a night when all manner of mystical creatures can be summoned from other realms using special spells taught at the academy.

Vault of Infinite Lore - The Arcane Academy is home to a hidden archive of ancient magical texts and artifacts, known as the Vault of Infinite Lore. This collection contains powerful secrets that have been passed down through generations of magicians, so access is tightly restricted to only those with advanced knowledge and skill.   The Gates - All around Alana are secret portals leading into mysterious alternate dimensions where time moves differently than on Alana itself; these places are accessible only by experienced practitioners who know how to navigate them safely without getting lost or trapped inside forever! Students at the Arcane Academy learn how to locate and use these gateways for their own benefit.   Soul Sight - A selected group of older students possess a unique ability called “Soul Sight” which allows them see beyond physical reality into people’s spiritual essences—it grants insight into another person’s thoughts, motivations, desires…and sometimes their darkest secrets too. Using this ability upon a person without their permission is strictly forbidden. Yet some don't care and risk expulsion from the Arcane Academy. 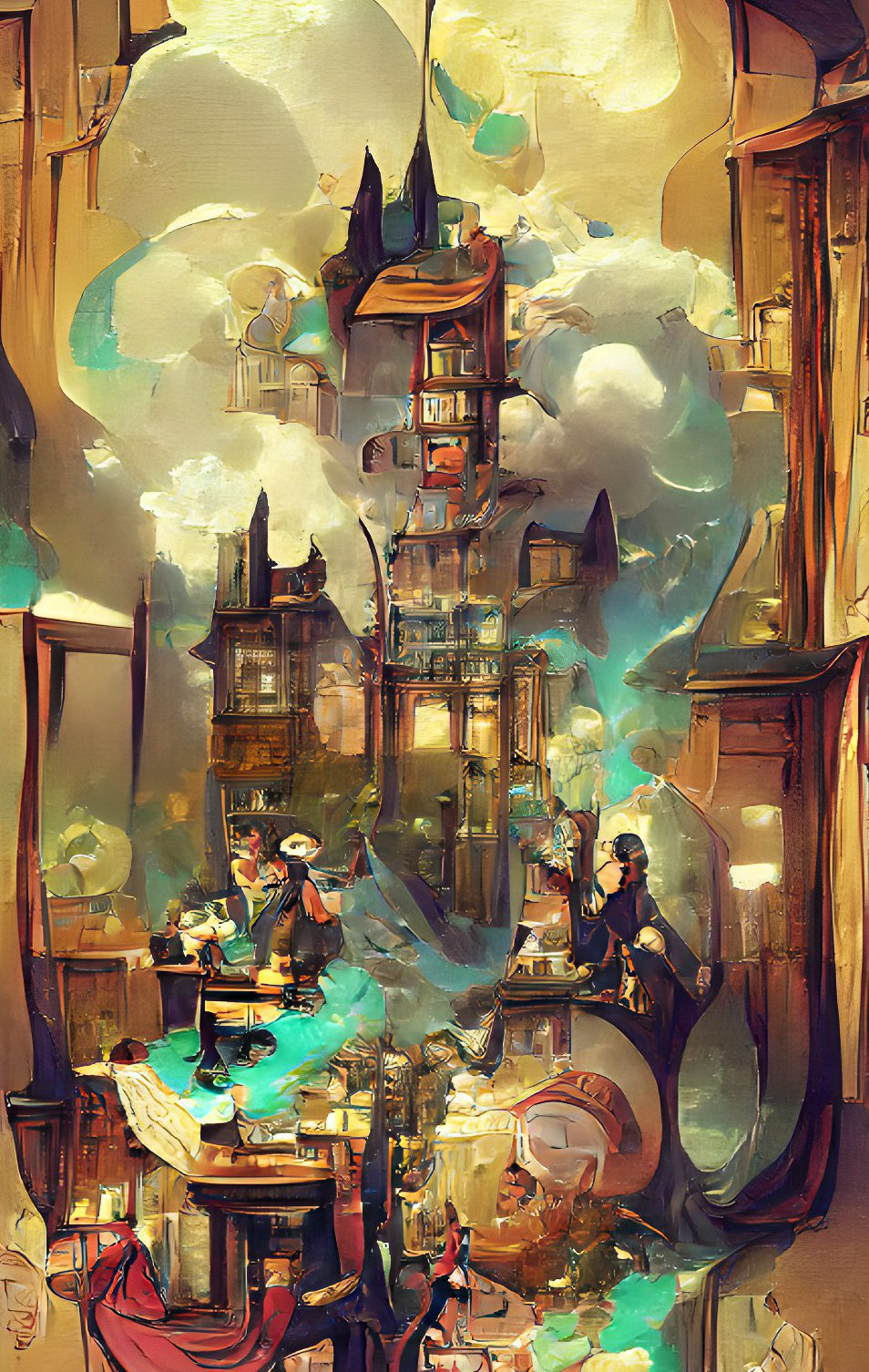 Click here for copyrights and used content / licenses / commissions / OGL   Content Usage: Do not copy! You are allowed to use my world's content while playing with your group,
but you are not allowed to copy it and include it in your own products.
Cover image: Arcane Academy by Tillerz using MidJourney
Article template
Building / Landmark
World
Alana
Author
Tillerz
Publication Date
7 Apr, 2020
Creation Date
3 Dec, 2022
Last Update Date
30 Jan, 2023
Visibility
Public
Views
570
Favorites
10
Comments
4
Tags
building-bridgeport arcane-academy training-bridgeport magic we2022 location

I finally found an academy, and of the arcane arts no less! Now I need to figure out just how much to tell them about my specific brand of plight. I once openly told an institution about where I was from and some of the places I've been and they "helped" by performing experiments. Not sure if that is what will happen here considering some of the rumors I've already heard, so a traveler like myself might not be the strangest encounter they have had. Still, it is always best to exercise caution on first meeting so as to minimize my blunders.   I'm really hoping there is some kind of spell they keep knowledge of here that can help me jump to the next realm, wherever that may be if it- like always- is not my home. Got to pick something to try and give it your best go right? Even if it's to fix something you brought on yourself? I find that thought to be a little encouraging so there must be some good in it. - Nemo, World Traveler

I have seen your name all over the place as I learn about WorldAnvil from Character Sheets/StatBlocks to this page. I'm very impressed with quality that is articles have and the way you've incorporated artwork. I'd love to learn how you and (WorldBuilder in General) did the thing with opening a window when the mouse hovers over a link. I think that is neat. Additionally the layout is just very clean. Again super impressed, helps me realize how much I have to learn, and how awesome this could be when I figure it out. And last sidenote, I'm glad the section thing with DM notes is the way I'm doing it. :)

Thanks! Also: the mouseover stuff for links is a default feature of WA. What it displays is the "vignette" (the first big text area) of the linked article. Settings Page of your world -> Display -> Global Options -> DISPLAY ARTICLE TOOLTIPS. :)

Whoops, yes. Renamed him and forgot some places. X-D It's because I added Delilah and thought Samson and Delilah to be a funny reference. :P

Welcome to the crossover between Alana and the Bible ^^
This Druid Schapeshiffter should better watch out for his hair or better fur... XD