Work in progress!
Slightly NSFW!
The Great Library of Bridgeport is one of the largest and oldest libraries in Farenia. It houses valuable ancient manuscripts, books, maps, scrolls and artifacts from all over the globe. The library existed even before the city was founded; Bridgeport had been built ontop of the ruins of an ancient settlement, and the library was one of the few buildings that was still mostly intact. Its ground level parts have undergone many changes, but the many basement levels resisted any modification tries and are still a mystery.   The Guild of Cartographers, Mapmakers and Scribes is professionally sorting, indexing and copying many of the documents. None of them are ever leaving the library. If you want to read anything, you have to do it there. What makes this library so special is its hidden secrets that remain mysterious to many. Here are some of them:

Who knows what else could lie beneath its depths? So if you are ever visiting Bridgeport make sure you take some time out to explore this legendary location. 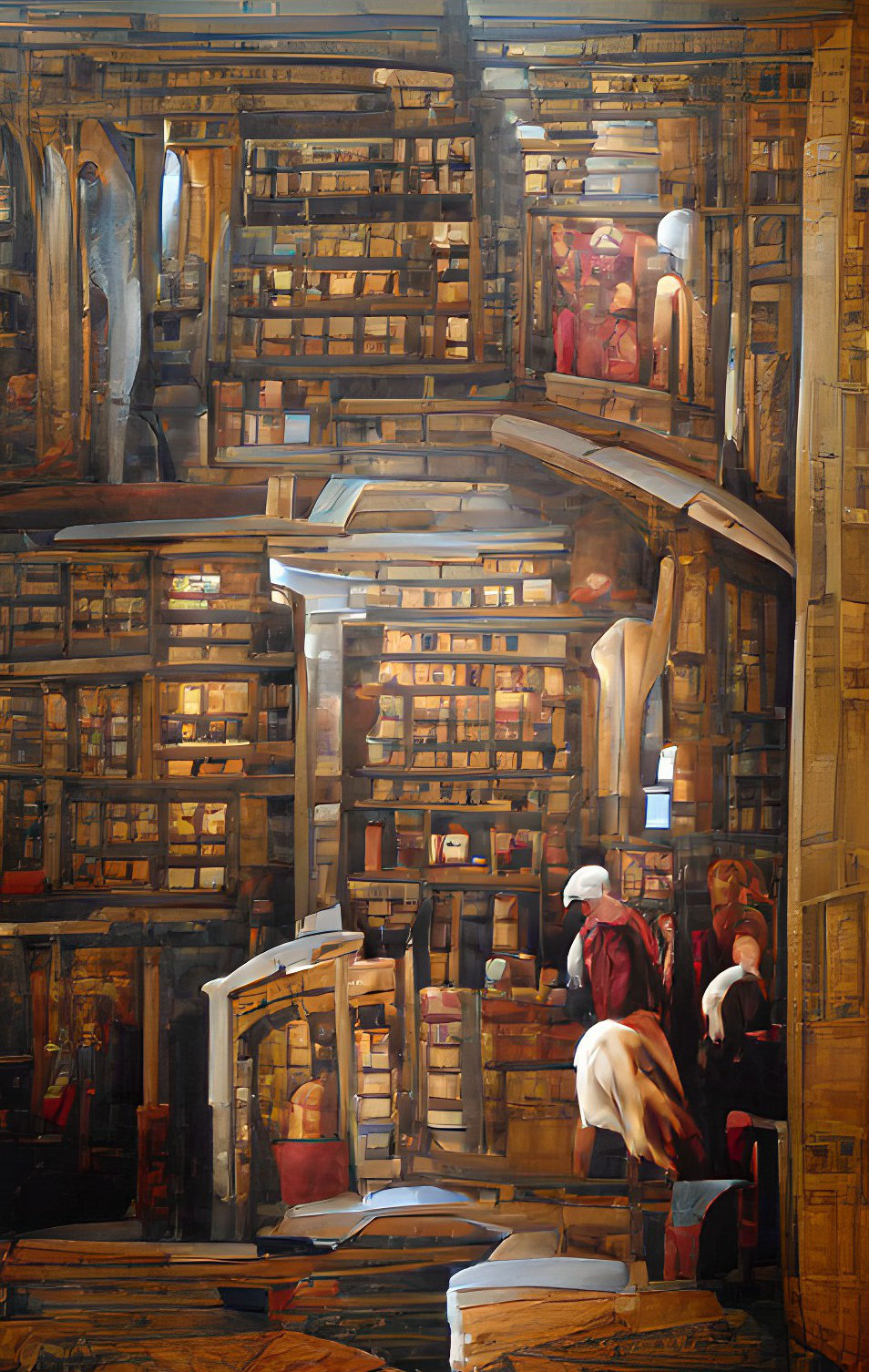 Articles under Great Library of Bridgeport

To keep things in hands they belong into.

Click here for copyrights and used content / licenses / commissions / OGL   Content Usage: Do not copy! You are allowed to use my world's content while playing with your group,
but you are not allowed to copy it and include it in your own products.
Cover image: Great Library by Tillerz using MidJourney
This article has no secrets.
Article template
Building / Landmark
World
Alana
Author
Tillerz
Publication Date
11 Apr, 2020
Creation Date
6 Dec, 2022
Last Update Date
4 Feb, 2023
Visibility
Public
Views
516
Favorites
17
Comments
0
Tags
building-bridgeport library-bridgeport we2022 building location featured