Note: this article is a work in progress.
For many centuries the collectors of Warehouse III have been keeping an eye on strange occurrences that may get traced back to the effects of a malicious item. If such an item gets discovered, a Warehouse employee will fetch it, catalogue it and secure it in the depths of the Warehouse's storage.   The Warehouse's location lies in the rocks of the northern parts of Bridgeport, its entrance hidden by The Conservatory, a small and delicate tower made from marble and glass, surrounded by and containing an endless number of rare and foreign plants. The owners pretend to be wealthy collectors and nature lovers. Anyone asking is being shown around and gets a lecture about any plant they want to hear about. 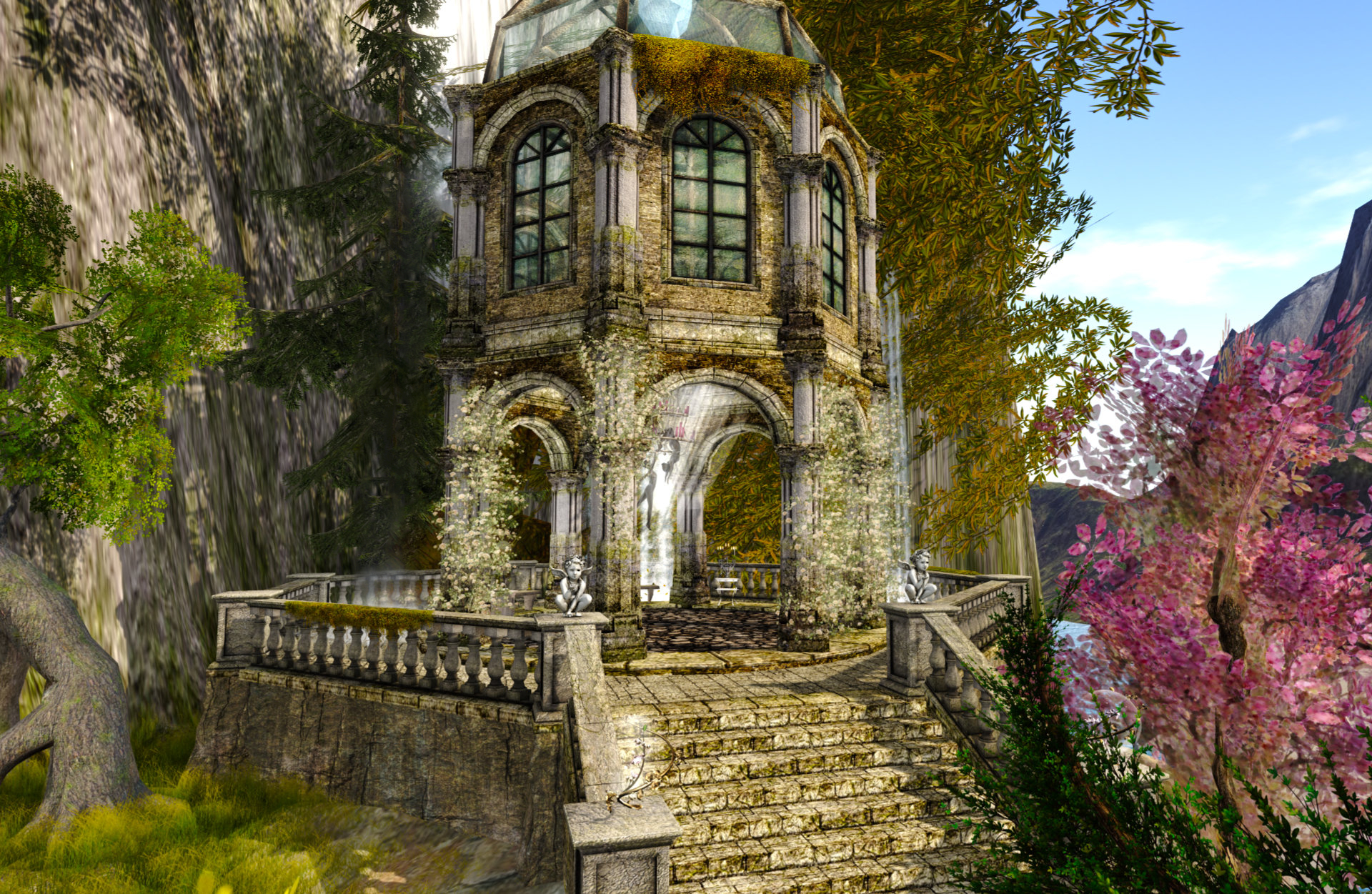 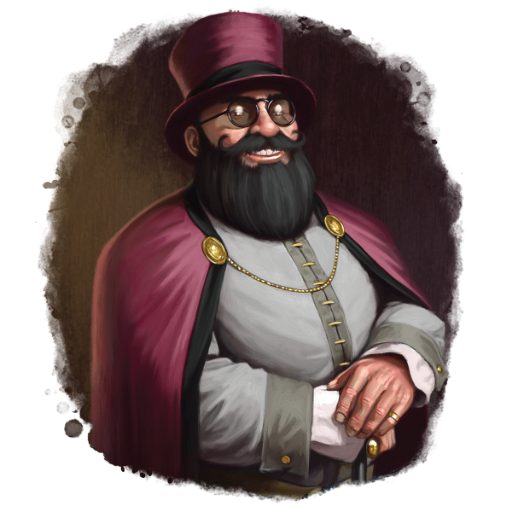 Plektrum Rockbreaker by Dean Spencer
One of the two people officially connected to The Conservatory is Plektrum Rockbreaker, a dwarf immigrating from Skulk many years ago. He is usually driving around in a closed carriage pulled by two black stallions. 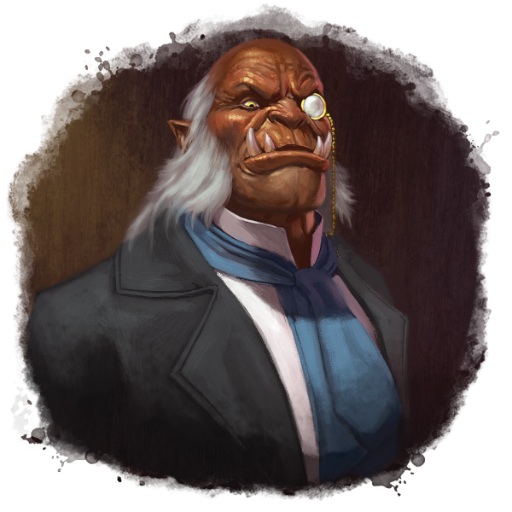 Grandolph Grieck by Dean Spencer
The other person is an orc called Grandolph Grieck, who likes to smoke cigars and leave unpleasant discussions by distracting people by blowing smoke rings and flowers and then vanishing quickly into the opposite direction.   Both men wear fancy clothing and tophats and are Honourable Men, rarely missing any of that organization's events. They also hold lectures about the plants of The Conservatory.

Warehouse I was founded 373 PB in Zaxor, Warehouse II in Bonoloku followed 1320 PB. There has been a breach of security and disclosure of Warehouse I's activities around 1189 PB, forcing its employees to go into hiding for almost a century. The unofficial logo of the organization depicts the pyramid that has gotten secretly repurposed to serve as storage for Warehouse I.

Plektrum and Grandolf have an eye on the party's actions. If it shows good behaviour (good as alignment), they will first try to hire them for jobs through agents. If that works out, they will contact them directly. They will only reveal the secret operations and the purpose of the Warehouse to the party if it has shown a high level of loyalty and respect. 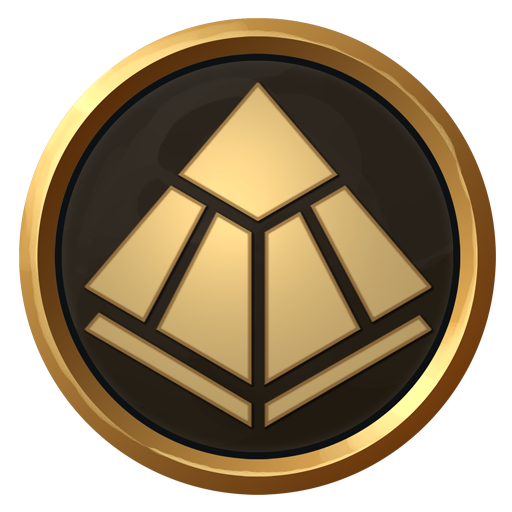 SC2021: an old or ancient organization which still casts a shadow

A ring with side effects.

Answering: "an old or ancient organization which still casts a shadow"
Visit Tillerz's Competition Page Check all other answers to this prompt Competition Homepage

Click here for copyrights and used content / licenses / commissions / OGL   Content Usage: Do not copy! You are allowed to use my world's content while playing with your group,
you are not allowed to copy it and include it in your own products except when explicitely allowed by written permission from me.
Article template
Organization
World
Alana
Category
Bridgeport: Organizations in Organizations
Author
Tillerz
Publication Date
11 Jul, 2021
Creation Date
11 Jul, 2021
Last Update Date
23 Mar, 2022
Visibility
Public
Views
162
Favorites
13
Comments
2
Tags
sc2021

I love your artwork! Is that commissioned? Or do you use an image source website that I'm not familiar with?

The dudes are stock art from Drivethru. All my icons like the ring are from either a-ravlik or REXARD (see footer), the building is a snapshot I took in Second Live, a virtual world. :)

'distracting people by blowing smoke rings and flowers and then vanishing quickly into the opposite direction' This would work on me, not going to lie.