Guild of the Arcanes The Guild of the Arcanes is an organization responsible for teaching magic to students at both the School of Arcane Arts and later on, young adults at the Arcane Academy. The guild consists of six teachers; a wizard, druid, bard, sorcerer, cleric and paladin. For some of the more mundane topics, guest teachers are invited. The mission of this guild is to provide education in magical arts so that their students can become powerful arcanists capable of using their skills for good. At the school level they focus primarily on theoretical knowledge such as spell casting techniques and theories behind different schools within arcane magics (such as evocation or abjuration). Once a student has reached acceptable proficiency with these subjects they are then able to move onto more advanced topics like summoning creatures from other planes or creating potions & scrolls. At the academy level however there is much greater emphasis placed upon practical application rather than just theory – here students will learn how to use their powers effectively in combat situations by learning various forms defensive/offensive spells & enchantments which can be used against enemies either physical or magical in nature. They also practice forming new alliances between themselves via cooperative rituals involving multiple casters working together towards a common purpose (e.g healing wounds etc) - all while taking into account any potential risks involved during such activities due its inherently dangerous nature. Overall the Guild of the Arcanes provides comprehensive instruction in many aspects related directly to becoming an accomplished practitioner within this field regardless whether it's through classroom lectures/discussions with peers & mentors alike - ensuring that each individual student leaves having gained invaluable experience & insight into what being an arcanist truly entails. 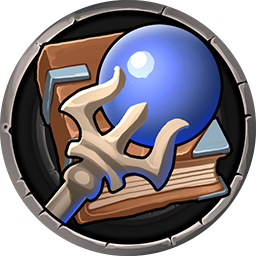 Articles under Guild of the Arcanes

He is teaching the ways of the bard.

Druid at the Arcane Academy. Lionkin.

Click here for copyrights and used content / licenses / commissions / OGL   Content Usage: Do not copy! You are allowed to use my world's content while playing with your group,
but you are not allowed to copy it and include it in your own products.
Cover image: Guild of the Arcanes by Tillerz using MidJourney
Article template
Organization (Organization (new))
World
Alana
Author
Tillerz
Publication Date
22 Feb, 2020
Creation Date
4 Dec, 2022
Last Update Date
30 Jan, 2023
Visibility
Public
Views
350
Favorites
1
Comments
0
Tags
organization org-bridgeport guild-of-the-arcanes we2022