Samson is an experienced druid who has traveled a great distance to become professor at the Arcane Academy in Bridgeport. With his vast knowledge of transmutation, creatures (both magical and mundane), and animal handling, he quickly became one of the most revered teachers amongst students and faculty alike. In his classes Samson emphasizes how important it is to respect all life forms - no matter how small or seemingly insignificant they might be - as each creature plays its own role in sustaining balance within the natural world around us. He is also passionate about giving students practical advice on what steps can be taken when faced with any kind of challenging situation involving animals or creatures so that everyone remains safe during interactions between humans and wildlife alike. During lectures, he often touches upon topics such as conservation efforts, ethical hunting practices and even some legal issues related to owning exotic pets – always making sure that pupils are aware of consequences associated with irresponsible behavior regarding these matters before moving forward into other areas covered by his courses throughout semester times!   Originally from Caleonidia located south of the Wild Lands, Samson is no stranger to magic or mystical beasts that dwell within its boundaries. He has held many positions throughout his life such as a mentor for young druids wishing to learn more about their craft or even just someone looking out for them when they needed it most. What sets him apart from other professors though are his abilities with shape-shifting into animals; something very few can accomplish without considerable practice & study beforehand. His primary form is that of a giant lion which both intimidates foes in battle but also stands tall against any menace threatening those under his protection - including himself (he often takes on this form while adventuring). Moreover due to being so attuned with nature’s essence he can communicate through telepathy with any living creature around him – be it plants or animals! This allows him access into understanding their needs better than anyone else thus making sure everyone gets along harmoniously together whether inside campus grounds or outside exploring what wild lands have offer them all! Click here for copyrights and used content / licenses / commissions / OGL   Content Usage: Do not copy! You are allowed to use my world's content while playing with your group,
but you are not allowed to copy it and include it in your own products.
Cover image: Samson by Tillerz using MidJourney
Character Portrait image: Samson by Tillerz using MidJourney
Article template
Character
World
Alana
Author
Tillerz
Publication Date
4 Dec, 2022
Creation Date
4 Dec, 2022
Last Update Date
30 Jan, 2023
Visibility
Public
Views
108
Favorites
7
Comments
2
Tags
character we2022 cha-bridgeport guild-of-the-arcanes male spec-lionkin

Hmmm he's vaguely reminiscent of Samuel L Jackson :D Nice. I appreciate how he mediates between humans and animals! <3

He is one of the really good guys. :D 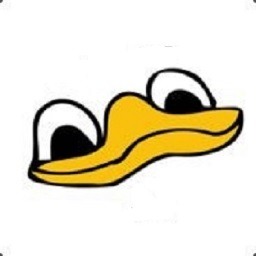 Samson seems like a swell guy! Love the concept of a person who is just great with animals but also not afraid to hand out an ass-whooping if necessary. Very inspiring stuff!