Work in progress!
Slightly NSFW!
The Council of Ten is a powerful governing body in the city of Bridgeport. It was established by royal decree from the Farenian Empire, who believed Bridgeport needed strong and competent leadership to maintain its status as an important port for trade between the continent's major powers. The council consists of ten members, each representing one aspect or faction within Bridgeport society; these factions include nobility, merchants and craftsmen. All decisions must be unanimous among all ten members before they are ratified into law or enforced upon citizens.   These individuals have come together not only because they possess wealth but also because each contributes something unique which makes them invaluable assets when it comes to make decisions regarding how best to run Bridgeport - whether that entails deciding upon what taxes should be collected annually or debating over new laws concerning property rights between merchants operating out of different districts throughout town. As such, many inhabitants feel comfortable knowing that all affairs involving their home are handled competently by these wise men and women aboard this esteemed vessel named: The Council Of Ten!   Current chairman of the Council is Tonio Calafado. Council of Ten - Office by Tillerz using MidJourney
The Council of Ten has two main functions: administrating authorities such as the Black Guard and the harbor management; and regulating guilds under their control - including commerce related issues like tariffs on goods imported/exported through ports controlled by them. This allows them to ensure that taxes remain high enough but not too high so as to encourage business activity while ensuring revenues flow back into government coffers regularly via taxation schemes which benefit everyone involved equally.

From Above - The Council of Ten is heavily influenced by the Farenian Empire and their decisions are often swayed by their imperial masters, leading to unpopular or even dangerous policies that may not be in the best interest of Bridgeport’s citizens.   Pimp it up - It is well-known among Bridgeport's elite circles that some council members have shady connections with criminal organizations including smuggling rings and underground gambling dens which operate under the city's radar but bring significant profits for these individuals at great risk for law enforcement officials who try to intervene against them.   The Overlord - Some rumors suggest that there might be an additional secret member on top of the ten publicly recognized ones whose identity remains unknown until this day due to her/his mysterious nature - it has been said this individual wields immense power within both political spheres inside and outside Bridgpeort walls alike without ever appearing before anyone else other than perhaps one select person from each faction whom nobody knows about either. 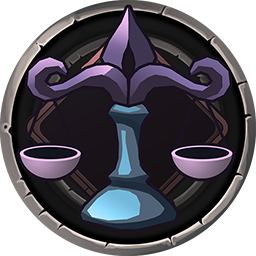 Articles under Council of Ten

Guild of Actors and Entertainers

Guild of Cartographers, Mapmakers and Scribes

Guild of the Arcanes

The arcane capacity of Bridgeport.

Click here for copyrights and used content / licenses / commissions / OGL   Content Usage: Do not copy! You are allowed to use my world's content while playing with your group,
but you are not allowed to copy it and include it in your own products.
Cover image: Council of Ten - Office by Tillerz using MidJourney
Character flag image: Bridgeport County
Article template
Organization
World
Alana
Category
Bridgeport: Organizations in Organizations
Author
Tillerz
Publication Date
22 Feb, 2020
Creation Date
4 Dec, 2022
Last Update Date
30 Jan, 2023
Visibility
Public
Views
536
Favorites
7
Comments
0
Tags
organization org-bridgeport we2022