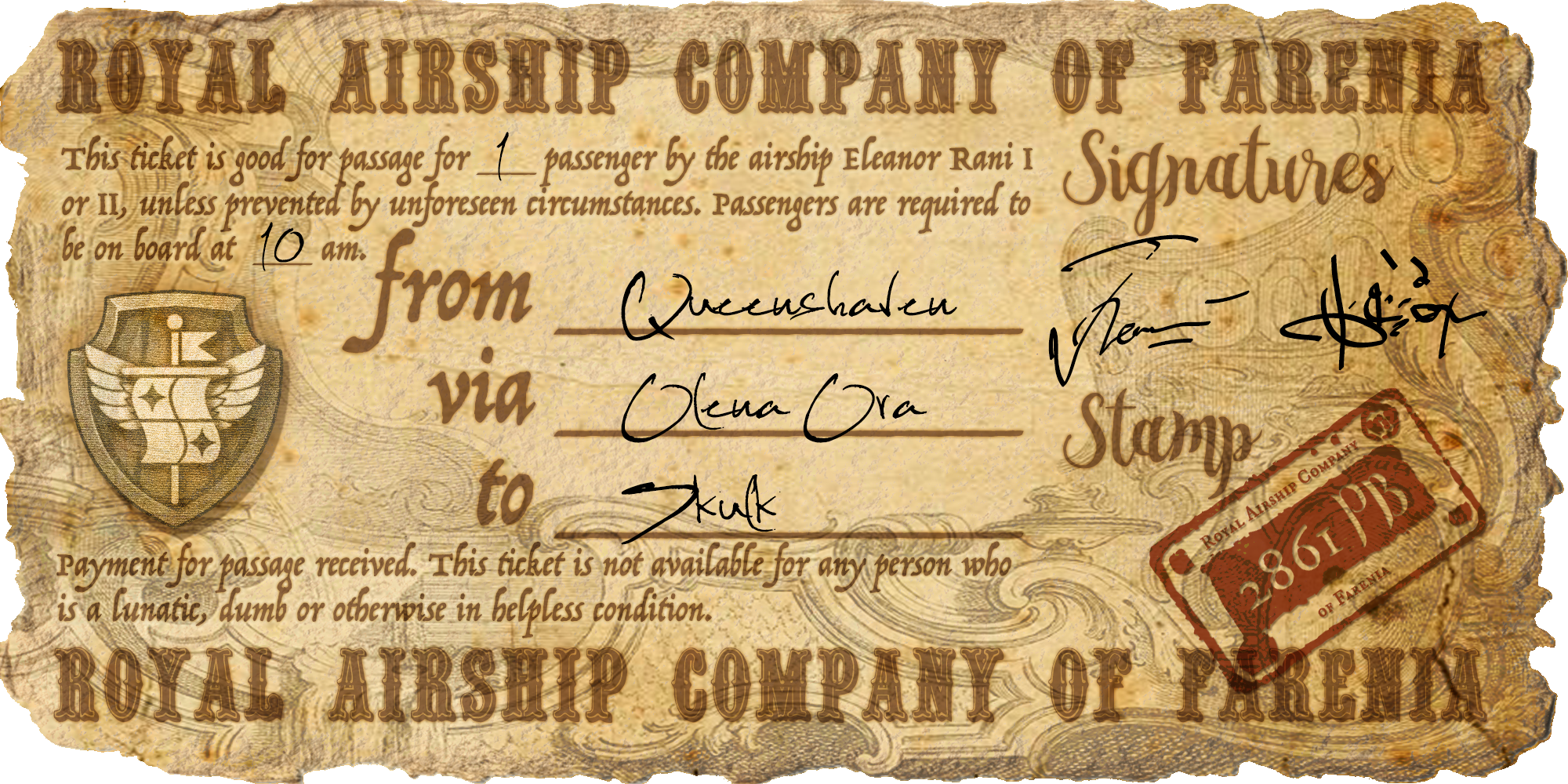 Mostly wealthy people, officials and members of the royal families use the services of the Royal Airship Company of Farenia, which connects the major cities of the Farenian Empire, the Technocracy of Magramine and the Kingdom of Lymyra with airships, making each of those cities reachable within a week. Travelling by Airship is the least dangerous way of travelling at the current time, but also the most expensive. This also applies to mail. Ground delivery takes a long time but is pretty cheap. Airship delivery (at least to the next major city close to the destination) reduces the delivery time immensely but is costly.

Company staff:   Marius J. Blight is head of the company.

The company offers transport services for single passengers, groups or small amounts of goods and also the delivery of letters. The personnel in Queenshaven has a small shop that sells carved airships in different materials and sizes, all handcrafted by a separate team inside the company: "A nice present for young and old. Everyone should have one!"


Note I: There will be a customs check and a search for illegal imports at the first stop in each country.
Note II: No dangerous animals allowed outside secured transport containers.

Note III: Travellers with both alcohol and monkeys in their luggage are not welcome. Also no bananas.
Note IV: Sleepwalkers must point out their special illness before boarding the ship.
Note V: No vampires or banshees, thank you.

Three Airships have been constructed so far, two of them are travelling the route permanently, with a different length of stay at every stop. One of the ships is circling clockwise, the other one counterclockwise. All ships are powered by Aeum.   The third airship is painted all white with golden and blue ornaments and is being used exclusively for urgent diplomatic missions and by Queen Eleanor Rani of Farenia, which sometimes causes some conflicts. Those are usually resolved soon with Queen Eleanor being the Queen. The ship is named Queen Eleanor, some also call it Airship One.
Location of the company in Queenshaven
GM info / spoilers. 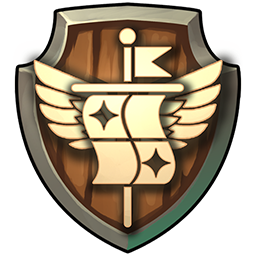 Click here for copyrights and used content / licenses / commissions / OGL   Content Usage: Do not copy! You are allowed to use my world's content while playing with your group,
you are not allowed to copy it and include it in your own products except when explicitely allowed by written permission from me.
Article template
Organization
World
Alana
Author
Tillerz
Publication Date
8 Apr, 2020
Creation Date
25 Jan, 2020
Last Update Date
11 Sep, 2021
Visibility
Public
Views
579
Favorites
12
Comments
0
Tags
org-queenshaven organization queenshaven farenian-empire farenia