The Arresadi River is a fresh water river in the Renscroprec Valley. It is one of the four longest rivers in the world. Its largest city is Fortun, capital of Fortunado.   The word "Arres" is for the people who reside along its shores, and "Adi" comes from an old Arresi word that simply means "river," thus making the name Arresadi River repetitive. The source of the Arresadi is an underground lake with no name in the western mountains, at the edge of the valley. It is a reservoir of Vita that brings life into all lands it touches. The Arresadi takes a meandering path northwest and southeast as it flows ever eastward through the middle of Renscroprec Valley. It flows through the lands of Adirongua, Fortunado, Falladidrul, Duchy, Ban Isle, Demesne, County, Denbedus, and Mza Mant Wisy. The mouth of the Arresadi is in the middle of Mza Mant Wisy, east of the city of Mpanyozu, passed the ruins of Adibedus. The Arresadi flows into the Sostaut Sea.   At the end of the Arresadi there is a zone in the Sostaut Sea where life thrives because of the saturation of vita that runs off of every day life into the river and its tributaries. The rivers then carry them into the sea. The excess vita leads to an overabundance of Lesser Beast and Nymphir manifestations.

The Arresadi has been very important for transportation in the history of the valley. In this and previous ages, many ships traveled on the Arresadi River. Lanrongua, Desadi, Fortun, Banupte, Adijapud, Adigra, Adilan, Mpanyozu, and Adibedus were important port cities. The most commonly used ships are flat bottomed cogs that travel downwind on square sails affixed to a single mast, with oars for supplemental power. They have a stern castle and foredeck, with a 100 ton cargo hold beneath. The largest ships are two-masted with square fore-and-aft sails. They can have a 250 ton cargo deck, crew deck, stern castle and forecastle. With the winding nature of the river it's very important to use the sun, stars, and magnetic compasses for navigation. The Ban Fellowship has it's own fleet of ships that follow the vita flow and can reach great speeds. These Caravel can have two or three masts, have rounded bottoms to go faster, have stern and forecastles, and up to three decks. They can carry up to 160 tons of cargo.

The Arresadi is a massive ley line of vita flowing from the waters of the river, suffused with life giving power, strengthening all around it. The animal races that inhabit this river and drink from it are among the strongest there are. They have natural abilities in manipulating vita or immunities to it. With prolonged exposure to the waters of the river the truly long lived plants and animals can evolve into Nymphir and Dafsir.   The Sartrix of the Ban Fellowship use the river in much the same way to develop their own power. The Ban Isle floats above the river, at the geographical center of the valley, drawing power from the largest confluence of ley lines in the world. All that occurs on the isle is only possible because of its location.

A diverse collection of animals can be seen living in or drinking from this river. From the most unassuming critter to greater beasts. From the mountains to the forests and meadows, all manner of creature thrives. Bears, wolves, and mountain lions stalk goats, deer, boar, sheep, and even cows. Hares, badgers, foxes, beavers, squirrels, and more mix in with the rest. Birds from the common pigeon to the majestic eagle soar the sky, as varied in size and shape as they are in color and diet. The whole of the river is saturated with fresh water fish of all kinds from bass, trout, catfish, carp, and pike, to eels. Brackish water fish make their appearance nearer the mouth of the river. Some of the tributaries are brackish themselves, coming from a source in the mountains with great salt deposits.   The vast majority of Lesser Beast species can be found in and around the river. Epto make their home near the rivers source . Drarpis and Scionto roam all along the banks. Duspun stalk the great forests and Illirjos stalk the western plains. Lirtu soar the western half of Renscroprec Valley, taking their prey back to their mountain nests. Uspi pick clean the leavings of other predators. The eastern half of the river has many great serpents; Nimpogol, Wulgol, and Golfran are particularly dangerous. All along the river, from wilderness to settlements, rumors of Flujsa activity abound. Those descended from Gigantir make their homes far enough from human civilization to not be a constant threat to them, or vice versa. But they too make their way to the river for drinking and washing. Culgar have taken to the mountains and Drognad to the forests, with Plonen staying on the shores and beaches themselves when possible. As the river enters the marshlands before the Sostaut Sea one can see Wisps manifest in great numbers.   All along the river, there is a high occurrence of long lived animals naturally opening their Vita Points and evolving to Dafsir. Much the same way long lived plant life has evolved into Nymphir as they too open their Vita Points. Plant life is equally diverse. All along the banks and in the waters you'll find plants, both flowering and not, that can be emergent or submerged. All are firmly rooted in the rivers soil. Fruits and berries unique to the river populate the shore and are a source of commerce and trade. The Murasan make paddies to plant grain brought from their homeland in the flood plains and shallows.   Dotted across the land are copses, gardens, grottoes, alcoves, and hollows where Nymphir have settled and made their homes. In these areas one will find any number of oversized carnivorous flora including pitfall plants waiting to catch any falling prey in its digestive juices, flypaper plants that exude a sticky digestive goo from their leaves, trap plants that snap shut on unsuspecting passersby, bladder plants hiding underground or just below the water surface with upturned shoots waiting to suction prey into a digestive enzyme filled bladder, and lobster pot plants with their intoxicating fragrances leading prey to traverse its tunnel like stems filled with bristles and thorns making it impossible to turn back until they're trapped in its belly.

The river is a source of life itself. Its waters nourish people, animals, and crops alike. Its current powers the mills and speeds trade. It suffuses the valley with vita, and receives new fresh vita in return.
Common commercial grasses found along its shores include flax, reeds, and rushes. Flax for food, fodder, and linen. Reeds are used for thatch, construction, musical instruments, and papyrus scrollwork. And rushes for candles, wire, and soft fabrics. The fruit and berries found along the shore are in high demand and are eaten fresh, used for pastries and jams, and dried for later consumption. They are harvested by the Ban Fellowship to make their elixirs along with the water itself.
The coarse sediments, gravel, and sand generated and moved by the river are used extensively in construction. The clay is used for pottery as well as construction. And the soil makes for great fertilizer on the neighboring farms.

Since before man walked the land, the Arresadi has brought sustenance and vitality to the region. As man started to spread, the Arresadi marked their borders and boundaries as well as propelled them further along. It's currents fueled expansion, trade, and technological advancement. Until the events of Asfra Egin, precipitated by massive storms that tore away the soil of its banks and eroded its integrity. Farmland, trees, houses and livelihoods were swept away.   A drought followed that lasted from the spring of 1230 of the 7th Age to the autumn of 1248. No rain fell and the waters of the river receded. As more life was snuffed out the shallows stretched further. The land fell to violence and chaos as civilization shrank to within four days walk from water. The Trade War began in 1247 as a direct result of the drought and lasted until 1249. This resulted in a major shift in the geopolitics of the region.    During this time the Ban Fellowship sought to remedy the world by finding the source of their own power and using it to restart the circle of life. What they found was a frail and weakened Nymphir, embodiment of the river. They stitched their will into the fabric of reality and dispelled whatever was draining its vitality, bringing new life to the region.
Type
River
Location under
Renscroprec
Contested By
Inhabiting Species
Etymology: "Arres" are the people, "Adi" means river.   Source: Unnamed underground lake of pure Vita. Believed to be the remains of Bruques, lady of light, mother of the elder gods.   Length: Approximately 5,905 miles.   Depth: Averages 60 ft. with its deepest point being 150 ft.   Breadth: Averages 6 miles in dryer months, can reach up to 21 miles with heavy rainfall.   River discharge: 4,000,000 cubic ft. per second   Mouth: Sostaut Sea 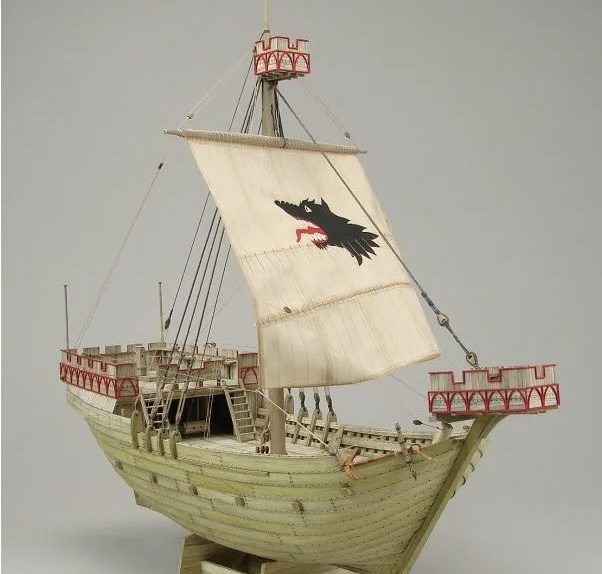 Articles like these make me realize I've neglected the numbers aspect of my own river. I like that there are so many links to help a reader understand things that are unique to this world. So thorough!

Glad you like it, I was concerned that the article was too busy with outside links.

So what would happen if someone were to swim in this river for several hours every day? Does that unlock any potential the same way it does with animals and plants?

It would definitely unlock their potential and they’d get physical boosts. But any abilities or skills would only be gained through meditation or training. Assuming of course that they can avoid all the beasts.

Nice read with some good worldbuilding! Quite like how the Vita of the river causes all kind of benefits to the lands around it. In the sidenote you mention that the source is the body of an old God. Is there perhaps a myth related to that about how that came to be?

There is, but I haven’t written an article for it yet. I should get on that soon.

Very detailed, you brought it to life

Very well organized! I love the links added for other articles that help to make it feel bigger. It really fleshes out the world.

Very well organized! I love the links added for other articles that help to make it feel bigger. It really fleshes out the world.

This was a great read. I can tell you spent a lot of time doing your research. The level of detail painted a great image.