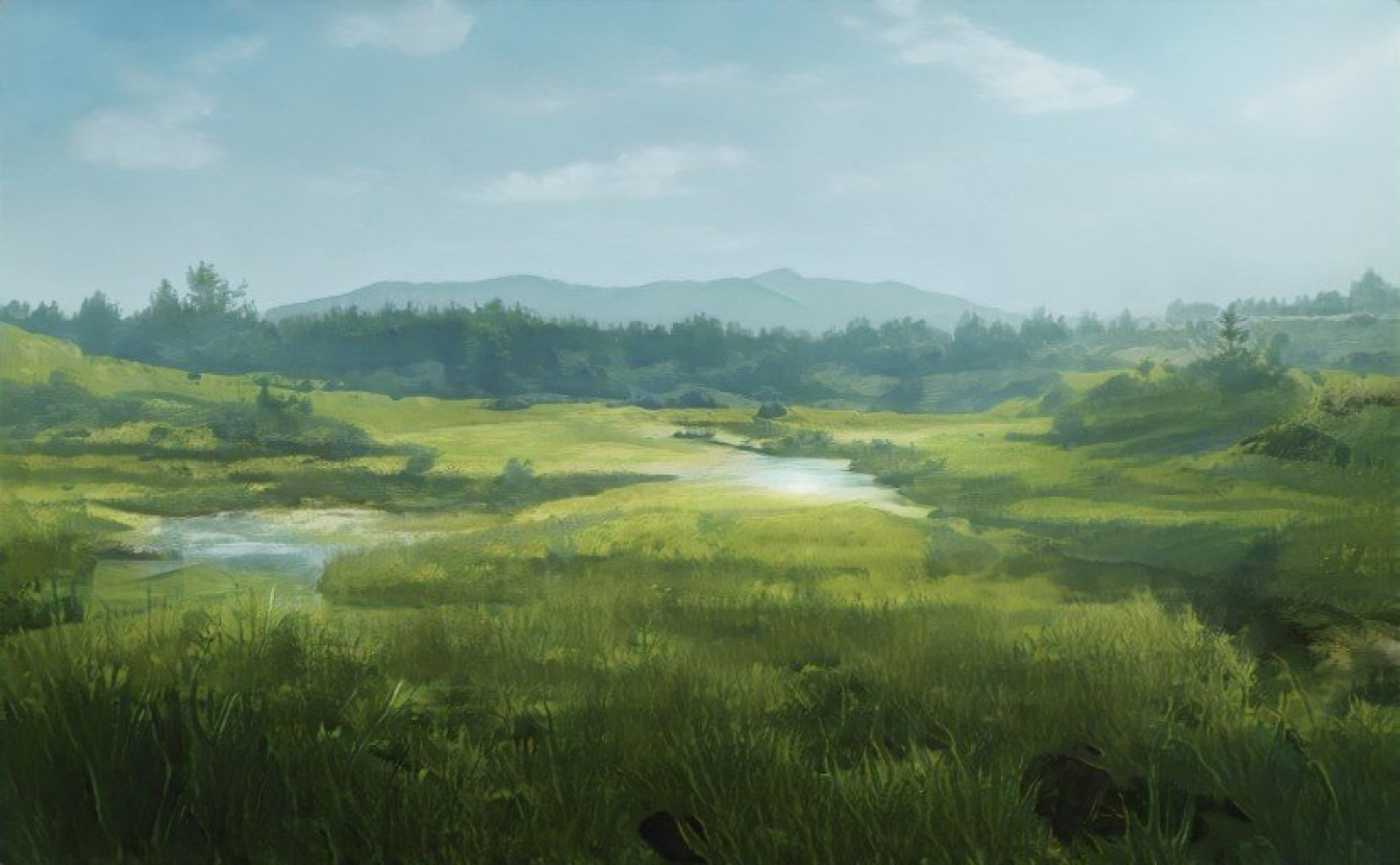 In the middle of the Soplan nations are the Contested Lands, a region torn by war, culture, and historical events. The name is what the region is collectively called by outsiders, while the inhabitants generally consider themselves Thydian, Tormian, Goltherine, or People of the Five Cities without directly tying themselves to the governments of Theydim, the Kingdom of Tormyra, Goltheris' nation-sized city, or tied to the Council of Families ruling the Five Cities.

I do not recognize your High King as my own. I rule my Arling just fine without having to answer to someone who thinks they're founding the next Adrakian Empire.
— Arle

The Contested Lands have been fought over between the larger powers for most if not all of recorded history after the Adrakian Empire fell. Often described as a wartorn but otherwise paradise-like region, the Lands are valuable for many resources.

The Five Cities want the farmlands, parts of the lands consider themselves Thydian or Tormian while not part of the countries and lend motive towards Theydim and Tormyra trying to convince the regions to "reunite" with their kinsfolk, Goltheris is a growing city-country clamoring for farmland and resources to pump into their city.

Look at these! Where else would we find Thydian architecture with Goltherine styled reliefs?
— Scholar

There are ruins as old as ten years while others go back to a time before the Adrakian Empire. The ruins are scattered among each other and towns and cities. Scholars studying the region have determined wars are far from the only factor in abandoning settlements - degrading soil conditions leading to famine, shifts in industry, or shifts in travel routes and methods as Trains were set up in the south-eastern region and diminished the bypassed towns.

The Lands are a geographic melding point where rivers from the World Spine Mountains meet and before the rivers flood the Five Cities Region. The rivers' presence and their respecting splittings and rejoinings create a farming region where the summers and winters are mild and the crops plentiful.

The rivers tend to have good fishing, the flatter regions are valued farmlands. There are some mining regions, but most of the mines have been halted to preserve the farming opportunities and to prevent would-be invaders from have easy access to mineral veins.

Since the fall of the Adrakian Empire, war has torn across the Lands as the fragments of the Empire fought over the scraps and rearranged into what would eventually become the current political landscape. Fishing along the rivers, farming in the north and along the rivers, mining to the south, and timber to the west and north, make the region seem like a paradise.

The wars reveal more natural resources in their own destructive ways, such as arfosian mines, rifts scarring the land to mark where mages had died in a desperate moment and leave an imprint where a spells' strength can be amplified to a small degree, access to the Undermountains beyond the World Spine entrances.

Go To Table of Contents

(core) The loosely connected governing bodies who control parts of the war-torn central regions between Theydim, Tormyra, Goltheris, and the Five Cities.

People of the Contested Lands

Wars within the Lands

(core) The Great War was the most recent war where Theydim, the Five Cities, Goltheris, and Tormyra went to war over the Contested Lands at the same time, it came to a temporary ceasefire with the Great Awakening about fifteen years ago

Articles under The Contested Lands

(core) The loosely connected governing bodies who control parts of the war-torn central regions between Theydim, Tormyra, Goltheris, and the Five Cities.