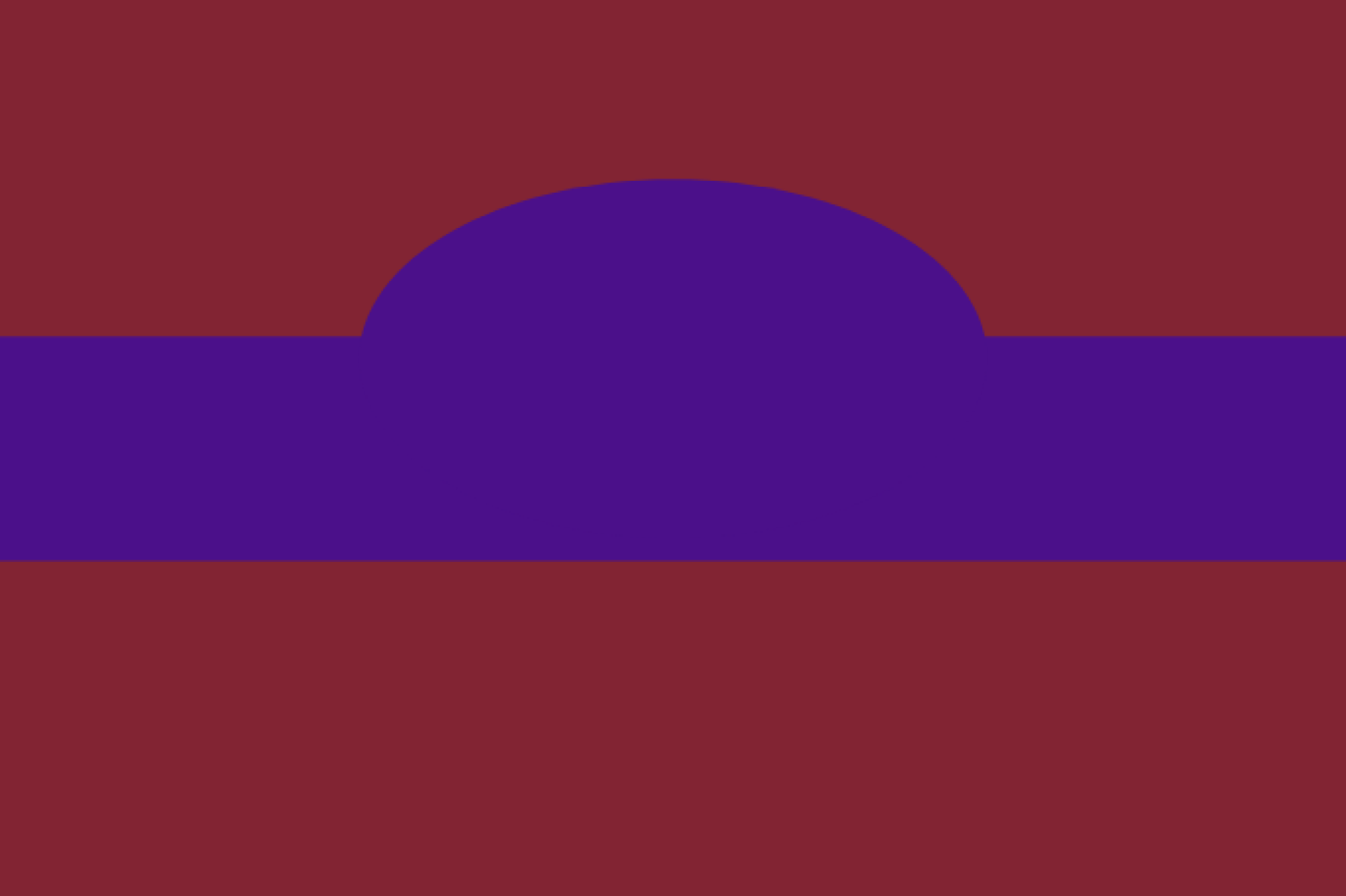 Note: This article is currently under reconstruction. Content is being updated frequently. Sorry for the inconvenience   The most powerful nation in recent history that has conquered many countries on the continent. They have reached a point of expansion in which they want peace instead of mass expansion.

The empire is run by a single Emperor and his family known as the Eurrusius Bloodline. They have ruled since the founding of the empire. The heir to the throne is always chosen by the Emperor and is made public to its citizens. The heir's siblings, cousins, aunts, uncles, etc are placed in positions of power to run the government.Once you are placed within the government, you can not change branches.   New land the empire takes either by force or colonizing isn't under the direct control of the emperor. They form their own governments and then are observed by governors. Governors manage and enforce laws on various territories the empire owns. The Imperium's home region, is under direct control of the government, but is still lead by a governor.   The military is broken up into two branches, The Imperium Legions, and The Imperium Ravens.

The Imperium founded on the principles of a strong central government that can keep order and provide peace and happiness to its people. This may involve conflict if necessary. Their blood has been forged to rule and wish to expand their influence across the world.

I will unite all the land the sun reaches in the sky. It for everyone's good that I use the might the gods blessed upon me to protect others from the savages in distant lands. Love the Crown.
— Emperor Wallus

The Imperium as founded upon the the coronation of the first Emperor Aulus Eurrusius and the fall of the corrupt republic that ran the city state. With Aulus at the head of the city, he concentrated his power and began to secure the well being of this citizens in the nearby area. Within the year the city prospered. With the city safe he turned his attention to the rest of the region and the divided human cities. Knowing the chaos and destruction that caused on another he began a military campaign across the land to unite the people. It took him ten years to come the conquests with little effort. Once the cities were under his control many of the citizens preferred the new rule and accepted the occupation willingly. This became what is now concerted the heartland of the Imperium.   It was then there was a few years of peace before Emperor Aulus turn his attention to the neighboring nation of the Ethonia Republic . They too had united their land after defeating the reaming elven settlements and taking the remaining human cities. They were lead by a council of leaders from the five major states in the country and were beginning to eye the new holdings of the Imperium. Of course, Emperor Aulus was one step ahead. He marched his forces to the west the began the largest military campaign in recent history. The first few years were brutal and little progress was gained. It was when on of his sons Augustus, lead an unprecedented assault by sailing his forces around the north coast and marching a few week inland to divert their forces. This allowed the rest of the Imperium's forces to push forward and begin taking of area. After 25 years later they took a third of Ethonia's territory. It was then that Aulus pasted away and thus a new Emperor must be crowned.

Ethonia struggled to escape their fate. My father declared them as property to the Imperium. Fighting was pointless, but their sense of liberty was their undoing.
— Emperor Augustus

Fortunately Augustus was alive and had influence in the political landscape. He quickly rose to power and push forward into Ethonia dealing a vital blow by poisoning Ethonia's leaders at a peace summit he hosted. Ten long years later Ethonia fell to the Imperium.   Thus peace blossomed for the next 80 years, but it of course would not last. Another kingdom by the name of Rasselfall. They pushed from the south of the newly claimed lands of the Imperium in hopes to take more territory and resources. Emperor Wallace was not pleased.

Damn savages. The mere though of attacking the Imperium was such a idiotic choice that it gave us an opportunity to take control. With all the bandits and starvation in their regions they were begging to for us to take over.
— Emperor Wallace

He made a 100 year alliance with the smaller country of the Carawand Monarchy and did a two prong assault from the sea and land. Rasselfall Kingdom couldn't stand a chance. While the Imperium had the resources, Rasselfall had the manpower. For every 1 solder the Imperium sent, 5 soldiers of Rasselfall would be there to meet him. Emperor Wallace again was not pleased. He sought aid from an unlikely source and untied many of the bandits within Rasselfall under one leader. With their organization, Rasselfall's infrastructure collapsed and chaos ensued. This left the Imperium to pick up the pieces taking another region.   Thus this ended the era of conflict and the Imperium began to look inward as corruption in the government sprouted and the fabric of the empire began to tear. The Ice Giants from the north began to move south and many factions were beginning to take a foothold in the nation. This lasted about 500 years as they began to solidify the empire and bring order from the chaos.   Once the threats the Imperium faced were over, they looked towards the Sor-Ta Empire which had many unique resources. Once again war was declared and the Imperium was on the march in the year of 3089 S. The distance between Aulus and the Sor-Ta Empire caused a lot of concern on whether this war was feasible as the battles for a few years were hit and miss. It was then that Empress Flavia found a visiting inventor by the name of Edward Stone. He was working experimental portal technology that could teleport people across vast distances with magic fused with clever engineering. After a quick briefing with her advisers, she agreed to hire him to constructed these portals for the Imperium with whatever resources he needed. His progress went from small distances teleportation to vast distances in over five months. Once it was ready he constructed one in Aulus and went to south to build the second. With his Imperium support, he infiltrated the Sor-Ta empire and had them construct the last portal thinking that they could get an edge on the Imperium. When the empire went to sleep, they activated the portal and thousands upon thousands of Imperium soldiers poured through. They decimated any resistance they came across the took over the entire empire in about one week. The Sor-Ta Empire fell and belonged to the Imperium. Within a few years, the Imperium established a large presence in Sor-Ta and now they are just as close to them as Ethonia.   Years passed on with peace spread around the whole Imperium. While other countries have had conflicts, the Imperium has stayed out of their affairs. It wasn't till the year of 3398 that the Imperium got involved in world affairs. In the region of Central Lothna a magical phenomenon destroyed a ten mile radius. The Imperium tried to control the crisis but failed to succeed. It was not till a group of heroes gathered and defeated the crisis. This was not acceptable and the Academy was founded to prevent another crisis from occurring. However for it to be accomplished it required the help of the Scion's Circle and as a result, the academy was founded an an independent organization.   As history goes on, so to does our work.

While we can't give you direct population totals and compositions. We can give some percentages and stats approved by the Imperium Advisors. The total population is approximately 105 million people, but only about 31% is under direct Imperium control.

The Aulus Imperium is very aggressive during negotiations and interactions. Of course, this would occur due to their military and economic strength. This has forced the other nations to either ally themselves with the Imperium or become their enemies. 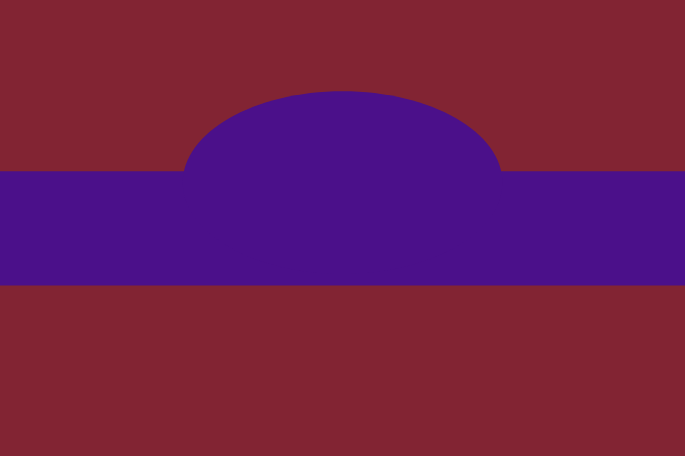 "No other civilization has matched the power and might of the Imperium in history. The elves or the Aravitourus never rose this far at the height of their power.
— Archivist Renna.

Founding Date
2500 S
Type
Geopolitical, Kingdom
Capital
Aulus (City)
Alternative Names
The Imperium
Demonym
Imperialites
Leader
Syrian Eurrusius
Head of State
Syrian Eurrusius
Head of Government
Syrian Eurrusius
Government System
Monarchy, Absolute
Power Structure
Federation
Economic System
Mixed economy
Currency
Iovita Chips: This rectangular metal chips are made from gold and silver. Established under Empress Iovita's rule, the currency has been adopted by many neighbouring regions due to their worth. Chips are made in terms of 5 units with increasing weight equals more value.
Legislative Body
Imperium Advisors: This collection of people are tasked with the single job of assisting the Emperor with their job. As a result, they are tasked with the grunt work of establishing laws and decree put forth by the Emperor.
Judicial Body
Imperium Inquisitors: This collection of people are tasked with the single job of enforcing the laws made by the Emperor. Tasks may involve assassination, bribery, aggressive negotiations, and the like. However, those are rare cases. Inquisitors are trained to interrupt the law in accordance with the Emperor ideals and enforce it as such.
Subsidiary Organizations
Location
Aulus (City)
Official Languages
Controlled Territories
Neighboring Nations
Related Items
Organization Vehicles
Notable Members
Related Ethnicities 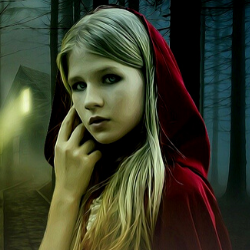 This is an interesting article. It reminds me a bit of the Roman Empire in the early years.

Thanks, I'm glad you saw the comparison!