The human people have been all over the world since the beginning of known time. Their settlements never really were very large or powerful due to the other more powerful races in the known world. It wasn't until a large enough collection of humans founded the Imperium. This allowed the human race to prospered and expand into a race that littered all across the globe. While the Imperium's culture is considered the most human, but the human culture is different all over the world.

Humans stand on two legs with two arms. They are smooth skin which can vary between white to a dark brown. Hair grows on their head and in some parts of their body, but does not act like fur.

Humans are considered the most versatile species to exist. They are capable of using any magic without issue. Their intellect and physical abilities are well rounded and thus give them an edge on many. They do however, have one advantage among the others, that is their natural charisma. Humans are natural leaders and can lead without even thinking about it. 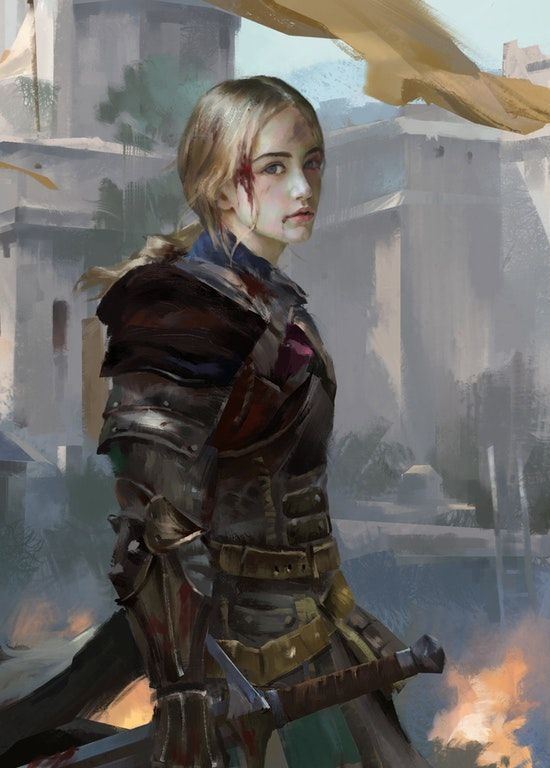 However their well rounded abilities is where they are weak. There is always someone else that can out do them with their natural abilities. With no niche, they can have trouble dealing with the other races who can play to their strengths.

One male and one female are required to conceive a child. Once the female is pregnant, it takes about ten months, while typically bearing one child at a time.

They are a very adaptable species and can live in any nearly any climate with the right tools. However many prefer a dry warm climate like that of the temperate coasts.

They are pure omnivores and like a balanced diet.

They are typically independent and expressive, but are also very sociable. Communities and their social structure can vary as a result.

They are cosmopolitan species.

They are adaptive and intelligent, but their intelligence varies between individuals. Under the Glenhook scale 5/10 and is considered the basis for his scale.

Human culture hard to study and record, at least for this article. Their vast influence also means their culture changes all over the world. This means how they court in relationships to myths and legends are to vast to generalize. Check the various ethnicities to find out more about individual cultures.

The Imperium is the pinnacle of human culture and science. Thus it is the most advanced society in the known world.

Human history could be said as world history due to their vast impact on the world since their rise a few thousand years ago. Even today their impact is still large compared to the other races.

The human populations of the world began appearing right after the never ending crisis in tribes. The empires of old found them as a good source of labor and as such many of these tribes were enslaved. The first species to suffer this plight during this time frame. However, there were some who were free. Notable examples would be Garamond and Amenophis from The Union of Pellamulara. The humans had numbers, so while many were enslaved, there were many more who stilled lived far from these empires of old.   It would not be till the collapse of the Ancient Yuigary Empire that marked the first rise of humanity throughout the continent. The Aravitourus empire was evidence of human ingenuity at work as they slowly toppled the empire into the original human kingdoms. The elves empire fell now only to their heartland where their current empire still resides, but with humanity as it's dominate population. The humans destabilized them all during their rise to power. No one would stand in their way. As they grew in size, the other races also began to carve out their own homes in the world. However, there would only be one power to rule over it all.

When the first human nations began to cement themselves, they had some initial trouble dealing with establishing a solid centralized governments. This resulted in many small kingdoms that filled the regions of northern hemisphere. In the southern hemisphere, centralized governments were not developed and small city republic were common. This left many to be quite vulnerable to outside attacks, but in mnay cases, they wuold ban together to push back the threat. This would be seen in the initial Wolvan and Narigita expansions. It wouldn't be till a few hundred years later that they would start coming together under one banner.   Aulun Conquests:   In the region of North Fairley, many small human countries populated the area. The city, now refereed to as Aulus, became the focal point of war once they solidified their economic and political reach. When the republic collpased and gave way to the Aulus Imperium marked the first major expansion of human history. Within a few years , they were able to conquer and retain all the human nations with Fairley. While some resistance occurred, the order and safety the Imperium gave quelled any resistance. This was remarkable and a testament of tier progress. 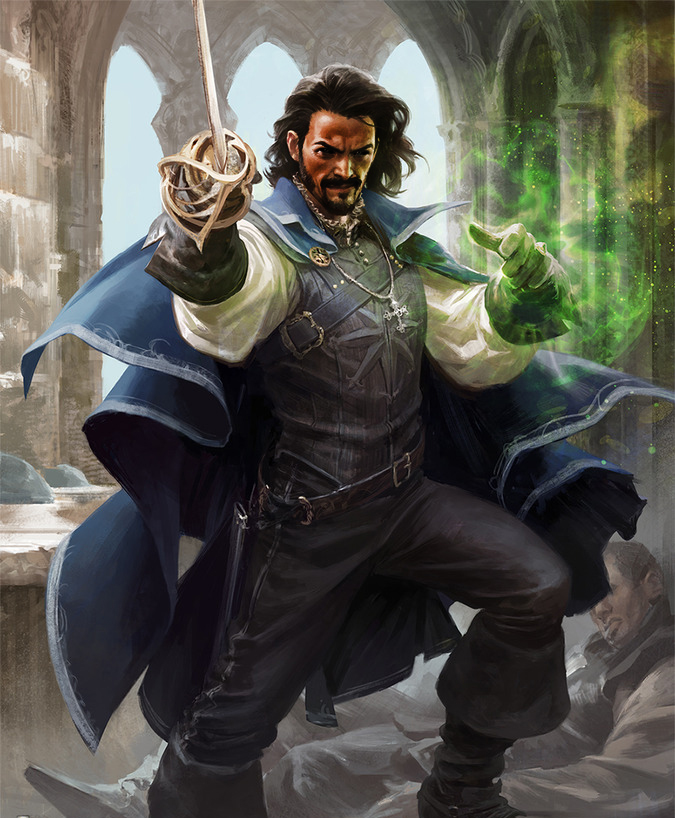 Sunsuxnian Dynasty   Small city states were everywhere in the southern region of Rylous. All with their own government without constant battles between them. Peace between them as nearly eternal until a man by the name of Peng Cao who wanted to bring total unity to the region like the far off stories of Aulus. He created the Future of One, a cult that was built around a fake prophecy made by Peng Cao. However, at the time this was not known and many people flocked to his cause. He rose a banner in 2533 and took over the city of Wuwei. The cities of the surrounding area were astonished about these turn of events. Some rallied to his cause due to their own civil upheaval to join him, while many joined together to fight back and refer to themselves at the Black Wind Coalition. However, there were some who wanted to keep the old ways. They united to from the Old Guard Alliance. The three alliances began a series of wars referred to as the Wuwei Conflict.   The conflicted last for three years due to one individual. Sunsuxnian Wu as member of the Black Wind Coalition. He took this chaos in order to fully unite his people and the rest of the coalition. With Peng Cao as an easy scapegoat, he systematically took out the rest of the leaders to "take temporary command" of the cities with their fallen leaders. It wasn't long before Peng Cao had the reputation as the Venomous Peng and with Sunsuxnian being the Lucky Wu. The Old Guard during this time would be pick off one by one by the other two factions until they were defeated. With Peng Cao still unable to fully command his cities, the now Black Wind Empire pushed forward with ease against him due to their unity. End the end of the third year the Future of One fell with the death of Peng Cao and out rose Sunsuxnian Dynasty as the sole royal family of the now Hēi Fēng Leadership.   Mordana's Sword   The elves were still around during the rise of humanity. Mordana would be the name to bring fear into them all during this time and the future. She was special, one of the few people to be called a Necromancer. Due to the heavy resistcition of being dead to use death magic, it was a rare profession. However, her sword called Nexronic, could cast spell of death while alive. She rose an army of the dead to liberate a small portion of the country from them. She did this with ease without much resistance made up by the elves. She would die however, before she could see the change she caused.   Her chosen successors split the land into four different territories for them to lead. They could never agree, so war between them quickly erupted. Two fell to the northern country of the Rasselfall Kingdom. The other two would war until the apprentice Lucain would be able o kill the other. With some unity, the country of Mordana was created.

The world was dominated by humans. Even with the Wolvan and Narigita which were also quite powerful, but lacked the geographic influence that the humans completely had. During this period of time, the Imperium would take over or control the other races through their poltical influcne.   The Wolvans were halted once both Ethonia Republic and Rasselfall Kingdom feel to the Imperium. Due to this the Carawand Monarchy was forced to join an Alliance with them or fear invasion in the near future.   The Narigita was completely conquered by the Imperium. When the Sor-Ta Empire fell, they took control over their culture and economy thus controlling their impact in the world.   Even now they are all over the world change it as they see fit. Will it last? We will see in the coming years.

Wolvan - It's impossible to get mad at these people. We've worked together on so many occasions that conflict is difficult. Working together is almost second nature   Narigita - They have a.. unique style of life. They are not typically trustworthy nor helpful.

Dwarf - They would rather have us stay out of their affairs, but their society is a compete mystery and sometimes our curiosity can get the best of us.   Orc - Are they worse than before? Yes, that is a fact.   Griffirca - They are kind people... Something our world tends to lack.

Fexian - Slavery is wrong and these people have been set behind hundreds of years of development of their history and culture because of the Narigita. They need our help.   Otterun - Oh the sailors? That's all we really see them as.   Lormoors - While small in numbers, we hope to see what these people are made of.   Melfloor - An unsuall source of life. Maybe they are a new source of magic we can exploit.

Well they are the most powerful race in the world. It's hard to deny, but we shouldn't forget about the other races. Someday they may have their time to shine and humanity should be there to help them up.
— Archivist Glenhook 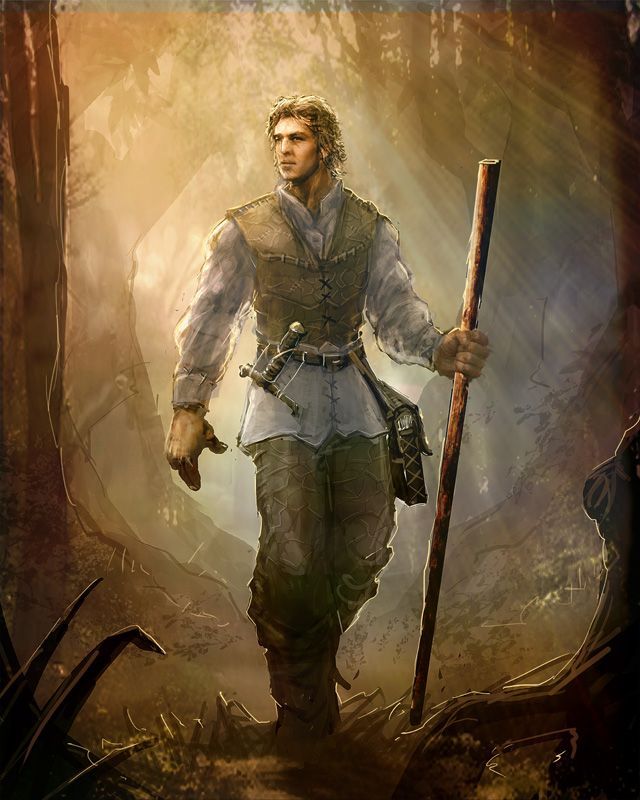 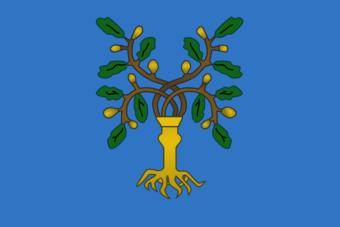 This is your most viewed article Eofa, can you tell me why you think that is?