The city is the center of the entire known world. The magic portals that are managed by the Imperium's Portal Committee keep the other four vassals within a day's reach from the army. Not only does it keep order in the other nations it also provides the fastest and most direct trade route in the know world. This has made Aulus a hub of culture, resources, and people and is a stop for all travelers on the roads.

Large walls surround the city. Magic glyphs decorate the walls preventing teleportation expect from the designated portals to the other continents. Their are many turrets and towers around the wall. It has with stood many invasions and hasn't fell to any invader since the Imperium was founded.

This is a hub for all of the other continents and territories of the Imperium. Moving any kind of goods must go first go through this city first. While they don't produce value added goods, they do sell them.

One of the most advanced cities in the known world. Sewers, aqueducts, walls, etc are in abundance and maintained

Every faction in the known world has a at least a sliver of influence here. If they don't then they are not worth talking about. The fact the city is a hub for trade and the empire that it's necessary to have a hold here to see what the Imperium will do next. Whatever the Imperium does affects all layer of society across the world.

The city is as old as human history. It's been around for ages. It was settled by early elven settlers in hopes of connecting major trades routes here through it's easy connection the ocean, but when the Elven Union fell, humans founded their republic witch collapsed to form the Imperium.

White stone decorates the city with Romanesque style buildings. they also prefer the idea of "bigger is better." Art is also a great importance in the city.

The area was built on the a mountainous coast line. While most activites are in land, the palace and main plaza over look the edge and is known to be the most beauty place to see at sun set to look out at the ocean.

It has easy access to the ocean which many other cities on this coast can't do. The coast of Fairley are sheer cliffs that drop into the ocean. In Aulus, there is a path that leads to a small beach which can be traveled easily. Their is also a waterfall that is a natural beauty,

"It's said all road lead to our great leader and the our great city. Luckily for me I was born here"
— Archivist Renna. 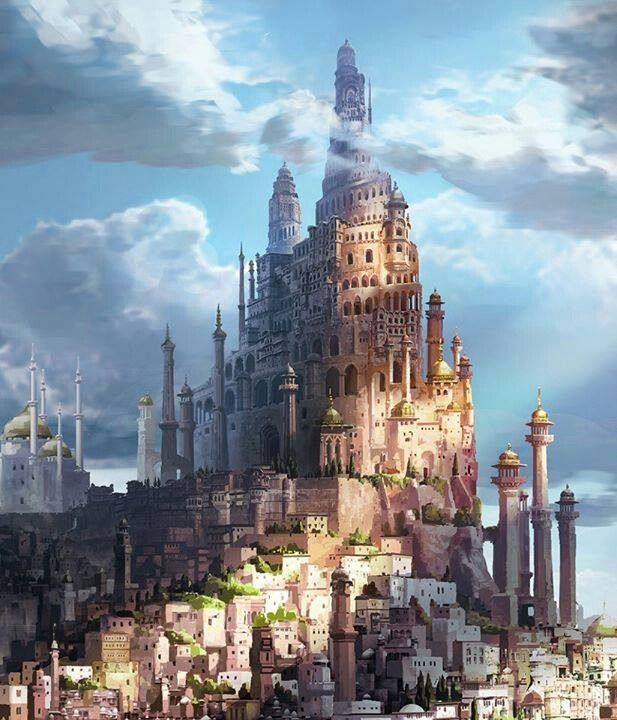