They are one of the fallen races that once had empires that originated all over the continent. Now they fight to still have a presence in a human dominated political and cultural landscape.

They are human in appearance, or humans are elven in appearance. In either case, they are pale skinned with pointy ears. With thin frames, they tend to be very dexterous while lacking in muscle.

They are similar to human reproductive practices. Pregnancy lasts about 9 months and births about one child.

There is no consistency in an individual's growth in their life. They reflect growth of human children, but it's sped up and they could be fully grown at the age of five to twenty. However this does not happen to everyone. Aging early on is determined by a mental state of learning. Thus ageing is an individual experience.

They are the most adaptive people in the world. They can survive any type of climate, but prefer a hot or warm climate.

Fruits, grains, and vegetables are eaten by the elves as their main meal. Meat is a taboo as they can sense the magic of death upon the dead creatures.

They are one of the most intelligent race in the known world. Nothing compares to their intellect. On the Glenhook Scale: 10/10.

Other than the typical capabilities like sight and hearing, elves have a special sight that allows them to see the souls of others. In their sight they would only see a sight outline of an aura of energy. Depending on what they see they can determine different attributes about them. This could be personality trait, magical ability, celestial affinity, etc.

Upon finding a match they will marry for life. While this is laughable to other races, they actually find their "soul mate:" Nothing can separate them once the union is made.

There is only one settlement left that is run by the elves. While at one time the most powerful race in existence. They lost it all long ago from a lost event in their history.

Purity of their mind and body is essential for daily life. Perfection, cleanliness, and order are among the ideals they hold most dear. When applied to their looks it's key to keep those three ideals in mind. Gender are considered a foolish mindset. A person's soul is a reflection of who they are, not the physical representation of them. Dating is very similar to the human culture except they will take into account their soul's personality. The soul is an aspect of the mind and body and thus some are more compatible to certain kinds of souls

The Age Of Magic

The elves have been around for as long as history itself. Longer then the aravitourus and the scions. Just like the human kingdoms, the elves were not united for some time. For a long span of time the elf nations were fractured and warred commonly between each other. While we do not know much that happened before the Never Ending Crisis, we do know about their conflicts.   When The Embrace began taking over the nations for a proxy war, the elves began to unite under one banner, The Enwyn Crown. This new elven leadership was one of the only elven nations to keep The Embrace's influence from infiltrating their politics. While they stayed out of The War of Despair, they did support the Union when they could. During the chaos in the north, they took this opportunity to eliminate their neighbor rivals and rise in power. Their experiments on the Orcs and Narigitas begin around this time. When The Embrace fell, they went north to eventually meet the Ancient Yuigary Empire. This began a time of bloodshed on both sides. 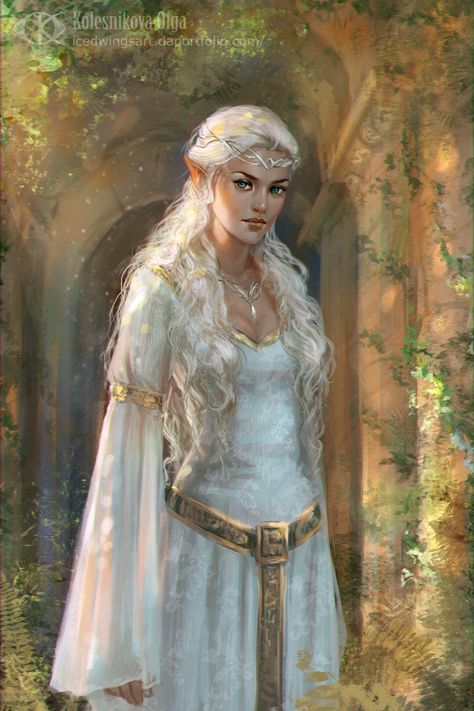 
The War of Powers

The conflict between the Ancient Yuigary Empire and the Enwyn Crown was key in developing the elves and leading to their fall. The war was equally matched and quickly began a war of attrition. While neither side could get an edge, the elves began working on ways to end the war. They came up with a plan to scare them into a relatively quick end to the war. It took a few years, but they created a large war machine filled with Lunar magic, however that was unknown to the other side. In one of their decisive battles, they lunched these machines that gave their soldiers a "powerful aura," that surprising turned the tide of battle. This tactic changed the moral of their own forces, while scaring the other side. This battle in Tabbloyn region changed the war. Within a few weeks peace talks began and ended with the elves gaining the Areus Moor Plains and war reparations. This lead them into a gold age of prosperity allowing them to finish their experiments to ensure slavery was kept in order.

Enemies Around the World

Years pass before anything of note other than the extravagant festivals and the rampant slavery. It would not be till two key uprisings disrupted their economy leading to their collapse. The first was the Orc populations known as the Gorgra Revolts. They revolted with a fury that the elves couldn't rally fast enough to crush them. This was due to the human revolts that occur shortly after the Orc uprising. This time frame was known as the Qorkarian Revolts, with human revolts all over elven territories. The revolts lasted for about five years, with the Narigita slaves joining the elfs at the end. The Orcs were the only territory to succeed from the elfs with the other territories being quelled.   Another span of peace reigned as their rivals fell into a downward spiral. They found no need for their Narigita army, so many of them were executed in order to lower their cost of maintenance. This was a also the time The Red Sunset Spire was built in order to protect the core elven cities. However their focus to the interior of their home left the outer regions to struggle and allowed another slave revolt, but only in the present day Lor-Ta region. This was known as the Cutthroat Rebellion. The elves lost nearly all their battles and the entire region was lost to the Narigita who betrayed them from the start. Their troubles didn't end there.   Their rivals have nearly all but collapsed as the Human to the north rose up and created the human kingdoms. The elfs found their last bastions fall as a necromancer named Mordana liberated her people to the east. The Regions to the south broke off from their empire to create small cities states. All that was left was their homeland. Isolated from any potential ally.

Elves around the world were persecuted for their crimes against the species of the world. They would not go unpunished. Thousands of elves were killed across many regions most notably the Narigita and Orc territories. Humans began to tolerate them, but still be known to treat them as dirt. As a result, a large migration of elven refugees fled to the last kingdom of the elves. However, they would only arrive in a kingdom of turmoil and chaos.   The old monarchy had broken their kingdom and their people had enough. War between the Loyalists and the Melerites began and warred for the crown. The elves fought against each other with many not sure who to trust anymore. It was not a war of armies, but a war of intrigue and spies. Assassinations were common and many of the political elite fled the conflict altogether. Eventually is was another group known as the Blue Cloaks. They put aside the political intrigue and went directly to the source. A military coup was initiated and within one year of their uprising, the empire fell under their control. The Melerites were next hiding behind the flawed laws. With the government takeover, the Blue Cloak tossed aside the laws that protected the people causing the chaos. Elves of all kinds were mass executed to ensure their victory. A new government was formed as the Dust Empire, an oligarchy rule by the inner elite of the Blue Cloaks.   This new government instilled the new values of the elves to the rest of time. Elves had a stereotype that was overcome after many years of cultural change that took place among their people. It wouldn't be till The Rasselfarian War during the Imperium's rising power.

Human - They should be careful, we at the hight of our power lost everything. they should really take our advice since their short lifespans prevent learning.   Wolvan - Hmm, they have given up their potential to leader this world. I wonder why they think they should elevate themselves in this way.   Narigita - They are not to be trusted! No matter the cost. They need to be purge from this world.

Dwarf - They are uncivilized, but their dedication thier family is something we envy.   Orc - We never would have thought they would have progressed, so far. If only they worked together more in the world politics.   Griffirca - The humans trust them, but we have seen was technological advancement has done to people. War will come when people are desperate.

Fexian - The Narigita did what we could not. At least the Humans freed them. Slavery is a failed system that is abusive. It only leads to suffering.   Otterun - They had their chance in the world. They need to give up.   Melfloor - Are they alive? Working with them could give untold possibilities that magic could only scratch.

I specialize in looking into fallen cultures, the elves have the most known yet forgotten history. We have larges pieces about their celebrations, architecture, power, etc, but something happen a thousand years ago before the Never Ending Crisis and there is no trace of what happened. I hope to discover it myself.
— Archivist Glenhook

Scientific Name
Homo magicae sapiens
Lifespan
500 years
Average Height
Male: 5'10" to 6'2" Female: 5'8" to 6'0"
Average Weight
~130 lbs
Average Physique
They are bellow average in strength. This doesn't mean they are weak, but they have to use their dexterity to fight. On the Glenhook Scale: 3/10.
Related Myths 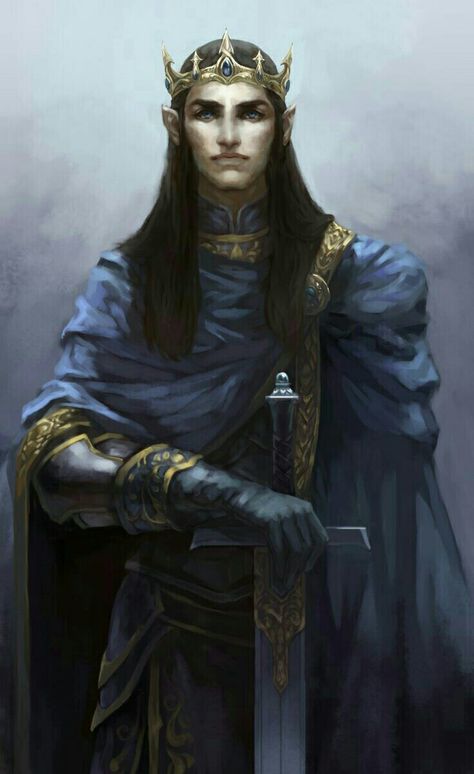