The Faene are resilient folk. They are a collective of their elders' wisdom and councils. Of course, that doesn't stop them from acting like they know everything. When designing a Faene character, consider the following:

What do you think of Orrilius? Do you believe him to be a wise counselor to follow behind or is he a hypocrite for what he's done to the Nivallen?

The Colonial powers of Trinidad and the Triumvirate have stirred either interest or ire with the Faene communities. Some believe that they can bring newly seen goods and opportunities in the towns. Others believe that these Colonial powers are violent and only want Faene assistance to win a faction's war. Consider your character's stance on these faraway voyagers.

In simplistic terms, the Feydom is a vast nation that is comprised of every known Elven heritage. The most well-known provinces are Regalia in Florenelle, Falderin in Elvarid, and Arachnos in Undarid.

The Leaning on Wise Elders

Because of the long lives elves have, such a grand age would bring about a lot of wisdom to it. That is why the Faene have a lot of respect for the Masters and Mistresses that make up the Confederacy as they rule over kingdoms. A Master or Mistress typically assemble a hierarchy of Kings, Dukes, and the like to help them govern the area.

Masters and mistresses rule over the major regions in their territories. The main exception is in Regalia where it’s considered part of Falderin due to its massive evacuees to escape the Arkonian Plague. A master and mistress have the authority to command their own army as they see fit but recruitment is done through the Dukes and Duchesses under their jurisdiction. They also overrule the orders for a city watch’s duties if necessary.

Dukes and Duchesses of the Feydom rule over individual provinces or regions, such as the winter land of Glasyria or the Night Realm of Mondomiri. They are given the special duty of watching over their own city’s wellbeing. They can raise an army but cannot ultimately command it without their master or mistress’s command. They can, however, form city watch, which some skeptics believe that they can bypass the rule of their Duke or Duchess by merely labeling soldiers as town watch. That is why their higher elder can overrule what must be done to a city watch.

Counts and Countesses are given responsibility over towns within a province. Laws for their city are free for them to make. They must consort with their overseeing elder for permission and terms of raising a city watch and the terms for it, however. Usually these terms are as simple as “You can only have up to 300 ready and able guards at one time.”

Viscounts and Viscountesses watch over villages. The benefit of this position is that law and order is enacted by this elder the most and under their scrutiny.

Oversee that the children of the Grandest Parents have access to their guidance.

Birth of the Elven Lineage

All elven lineages trace their bloodlines back to Orrilius and Ellakah Firandrir. For as long as elven kind can recall, they have guided the eladrin, the first elves, ever since. As they grew up and had more numbers, the oldest and wisest were chosen to lead their communities, as the Firandrirs could not reach everyone.

This was especially seen when some elves were curious about exploring Florenelle, the material world. Someone had to lead them during their time so Orrilius chose the eldest. While they settled around the Continent of Thracallia and explored, something odd occurred. The residents of those small towns changed. They lost their seasonal aesthetic and instead became consistent in their pigments when their mood shifted. Some still retained their ability to do their small teleportation abilities. With this first instance of elves shifting, they were called the “altallen,” or altered elf in Common. Thus the elven lineage was born.

Even with this grand family, rebellious children are inevitable. Barenor, son of the Grandest Parents, was one such infamous case. Orrilius taught that nature provided life for all and therefore must be respected. Barenor saw differently, as he believed creatures and nature are equals and should be partners. The use of a great storm’s lightning against a horde of orcs frightened many elves. So, Orrilius exiled his son with his followers to Florenelle. What occurred during their time there was another transformation. Instead of these elves carrying the usual traits of the eladrin, such as their seasonal aesthetic, they became more attuned with the woodlands. Their hair became darker shades of brown and they had an easier time shrouding themselves in the natural world. Thus, they were dubbed the “nivallen,” or wood elf in Common.

How the drow came to be is based on a vast mining incident that left quite a lot of eladrin trapped underground in the vast caverns and tunnels they dug up. Survival became harsh as they were on their own without the comforts of home. As expected, the elves gained a dark pigment to their skin and eyes better adapted to the constant darkness.

With time, they would try digging upwards and eventually reach a surface in Elvarid. The only oddity being that the region was in an eternal night. Some drow decided to settle there, soon becoming the Lunadrin as their pigments shifted back to being pale or a lunar white. Thus, the current lineage is created.

News of this new school for necromancy became a great cause of concern for the Firandrirs. To think that elven ancestors of the lineage could be tampered with by unsavory methods was deemed unacceptable. Those who dare wield such dark magic would be deemed enemies and so they joined the Coalition which was full of like-minded factions. However, they would underestimate the Arkonian Order, as during the Necromantic War, their home in Elvarid became part of the first concentrated campaign.

Gnolls descended on the realm and sent the eladrin into retreat through Undarid with their drow cousins. Ellakah Firandriir became the first major casualty at the hands of the newly titled Arkengrath.

By the war’s end, Elvarid became blighted by the Wilting Disease, or the Arkonian Plague as it’s commonly known. Plants and wildlife died off and the ailment spread rapidly in the home realm. Though it was far more easily managed in Florenelle. So during this time, the Province of Regalia was founded as a city of eladrin refugees.

In this Age of Restoration, as other factions try rising out of the ashes, the Feydom Confederacy hopes to unite as many elven regions together as possible. The hope is to allow every cousin to have easy access to hearing Orrilius so that this elven family may be unified.

The Feydom's various kingdoms may be split apart into separate planes but their unity keeps them strong.

The central home of where the Feydom thrives, it has been pulverized by the Necromantic War and the Arkonian Plague. Flowers no longer blossom with color and gnoll hordes still stalk the wilting trees. Despite these setbacks, Elvarid is still a crucial home to any eladrin.

A place that's tormented with political intrigue and conspiracy of the drow, Undarid, or the Underdark, is no place for an unprepared wonderer. Not only do enlarged spiders and wasps stalk the place, but it's also rumored Kordgelle's aberrations also lurk here as an outpost.

Perhaps the safest refuge of the Feydom, it's known as the Refugee's City for a reason. The purpose behind Regalia is to host both a refuge and a laboratory for curing the Arkonian Plague. The only thing that peeves the city here are the Nivallen and Calvorans.

The Feydom is tied to her old allies from the Necromantic War still to this day. The secluded country of Vrexen and the tropical Dominion of Argatok. The alliance was born to combat the threat of the Arkonian Order’s zealotry and consequences of implementing the school of necromancy. Though victorious, it came at a terrible cost.

To this day, there is a debate that goes on if whether or not the Coalition should retain its alliance in the outcome of another Arkonian uprise or shatter these long outdated terms of alliance meant to combat an absent threat. Many within Elvarid provinces, they believe the Coalition doesn’t have to be about fighting Arkonia. Instead, it can be about preserving the legacy of the Restoration Era. Those within Undarid provinces are of the belief that it is redundant to keep these ties that have long outlived its usefulness.

The envy of the Ilshmarric warlords to the Feydom’s land in Thracallia is well known. Because of how splintered roughly decentralized these warlords have been through history, they have been known to ransack Faene villages and towns. Once Yurik the Wise stepped in and united many of the warlords under his banner, the threat never seemed more real from them.

When Faene children come of age, namely 6 years, they are sent to a monastery within the nearest town or city of their province. Once they reach adulthood for their kind, 100 for elves and 20 for humans within the system, they are considered ready to leave it behind.

These monasteries teach the pupils here all sorts of things. Culture, survival, music, mathematics, all sorts of things. Because of the long elven childhood years, there’s plenty of time to carefully integrate them into society with all the needed life lessons, experience, connections, and knowledge to prosper. 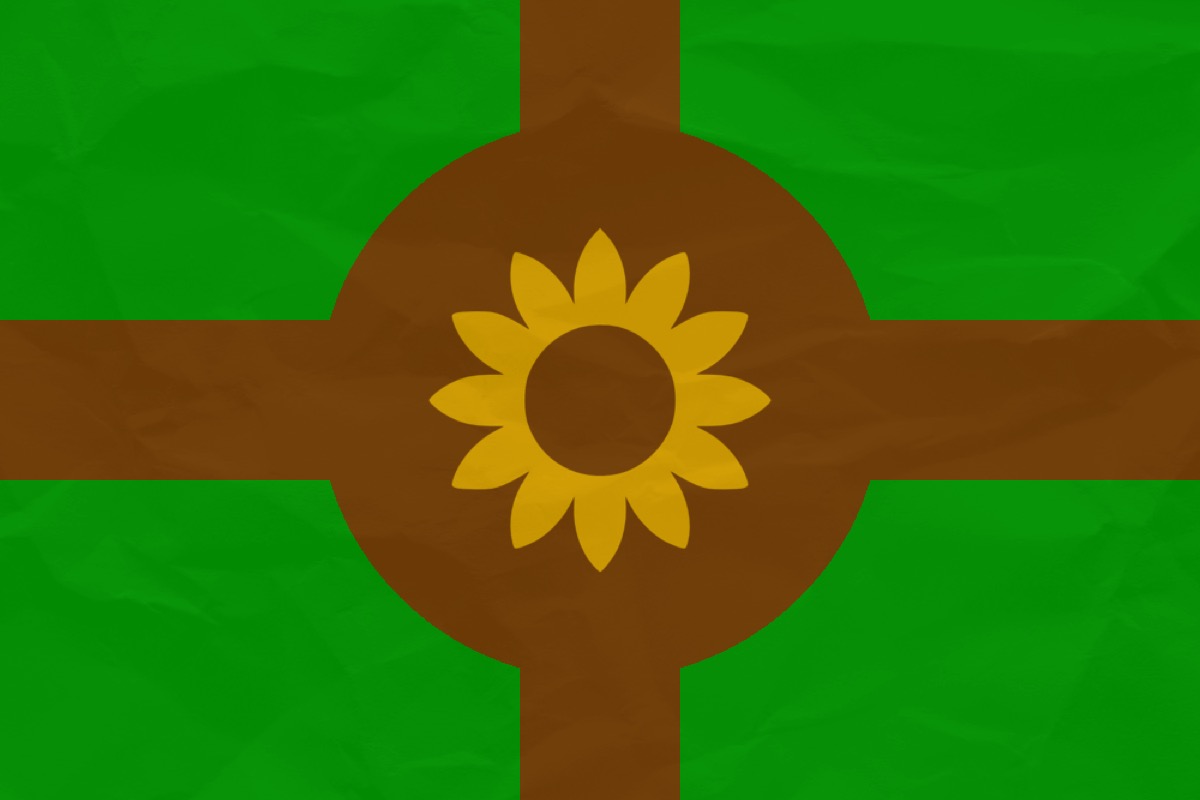