“The court will now hear from the House of Commons,” announced Lord Glenbrook.

The doors were kicked open. The ministers from the House of Commons would have used their hands to open it like civilized individuals but their hands were full carrying in a massive pig wearing a fully tailored coat, vest, and wig atop his head. Its three handlers placed the pig front and center of the stand.

“And they managed to elect a pig as prime minister...”

Trinians are equally satirical of their higher-ups as they are loyal to their king. They may seem irritable with each other with how they converse amongst themselves but that's typical Trinian banter for you. Consider the following when designing a Trinian character:

The Triumvirate menace is something any patriotic Trinian would despise entirely. Do you believe that war with the Triumvirate is a necessity for the commonwealth's wellbeing? Maybe this conflict seems all too wasteful as politicians continually heckle each other for profit. Perhaps you have been drafted and seen what the war has become.

The southern powers of Calvora have devised a system of relying more on the people rather than looking up to nobility or even deities as a source of authority. Such a crude philosophy would shake this Royalist factions! Perhaps the old ways of petty rulers who gain power through heroics is outdated actually? The gods and nobles neglect the people or treat them as pawns in the end. Such things ought to change.

Outlook on the Colonies

New opportunities are being made overseas. Have you tried taking part in sailing the seas? Perhaps the colonial life suits you to get away from the mainland's crowding. Maybe a tropical beach in one of Oceania's islands as you swing on a hammock sounds relaxing. Do you fear to be in a dependent colony and isolated from any ship deliveries? Perhaps these colonies are overrated as the mainland is cozier to live in.

The ruler over Trinidad has a great amount of burdens on their shoulders. They have command over where the armies and navies go, what happens within the capital city, and influence over where the next colony would be raised.

Obtaining this position within the Kingdom requires that the bloodline of the former hero is dead or has not resigned. The next step is proving oneself in the mightiest quest imaginable that benefits the kingdom, which that benefit is gauged on the reception the commoners have for it. Having the blessing from a Silverran deity greatly improves that outlook to be chosen.

Governors are either appointed democratically by their fellow colonists or are chosen by a sponsoring lord. They coordinate laws, business, and defense with Icons. If the situation is dire, they can call on the aid of the homeland to intervene.

Icons of the Colony

Icons are generally community leaders or popular members of the colony. These select few have the task of being a voice for the commoners and artisans to reach the governor.

A minister is a member of this battleground between the classes. They can influence every factor of life for the country should a 60% majority be voted on. The system is made up of the Houses of Commons, Colonies, and Lords. All argue and bicker to find compromise when problems are brought up to them.

Lord is a broad term in the Kingdom. If you hold a position within the hierarchy on the homeland such as being a duke or count, you are automatically part of the House of Lords. Lords have far less seats in the house but can strategically choose which lord will fill that seat to represent them. The reason their seats are few is the Common’s belief that their wealth and influence can already get them what they want.

Because the Trinians put the “civil” in civil war at one point, they demanded a better way of getting their needs and desires known. The parliamentary system came into being as a compromise between the upper and lower classes. The House of Commons’ membership requires that you are born on the Calvoran continental and have no lordly titles. To be a minister for the Commons, your chances increase to be chosen is by being an artisan or community leader.

With the onset of founding and developing colonies, the ministers believed it was only fair to let them have a voice in the homeland. Membership of the Colonies requires that you are from one of the colonies operated under the Kingdom, even if you are a commoner or governor.

Glory to the King, Down with the Nobles

Trinians have great adoration for their king or queen. Some believe from their folklore that such nobility is pure and could never turn on the people. The monarchy, after all, descends from legendary figures who have done miracles for the country.

The nobility, on the other hand, are met frequently with disgust. The commoners believe that nobility are rich and pompous elitists who get away with everything. As such, this is why commoners feel justified in ridiculing members from the House of Lords specifically. One would think they would have the audacity to kill a noble but in truth, they like having someone to blame their problems on and be the butt of jokes.

Made up mostly of humans and Altallen. Varying races would be from the colonies of Thracallia, Oceania, or Prageria.

Thanks to the principles of the Enlightenment, the government is not allowed to crack down on peaceful religious practices. Of course, any signs of Arkonian worship is met with healthy suspicion. After all, no one wants to be sacrificed for some long-dead necromancer.

Perhaps the safest religion to practice in all of Calvora is the Gregorian Church. Their reputation for aid and service is not only adored in Trinidad but the known world. It wouldn't be wrong to say Politicians and the Commonwealth put too much faith in the Church.

The Kingdom of Trinidad is currently at war with the Triumvirate. This conflict is famously known as the Colonial War. The war began in the clustered islands of Oceania, where border disputes would slowly rise and become volatile.

The Glenbrook Trading Company (G.T.C. for short) is an overseas trading establishment owned by Lord Cervus Glenbrook. They are a very influential business as their G.T.C. acronyms are printed on the crates and barrels they trade wherever there are Trinian colonies and foreign buyers. Because of how profitable yet dangerous overseas trading can be, the G.T.C. have their own private army.

Their greatest rival is S.N.O. (Short for Society of Oriental Trading when translated from Elvish), which is the Triumvirate’s own trading company. This heated rivalry is felt at its strongest within Oceania. They have strong ties to Prageria while letting SNO off easy in Yanping.

There are two paths for a commoner to become educated: either as an apprentice to a laborer or a student of a school. Apprenticeships often lead students down the path to becoming artisans with blacksmithing, woodworking, and the like. Students are given the choice of advancements (science, mathematics, economics, etc) or sign on with the Arcane League to study magic, alchemy, or of a mythos. 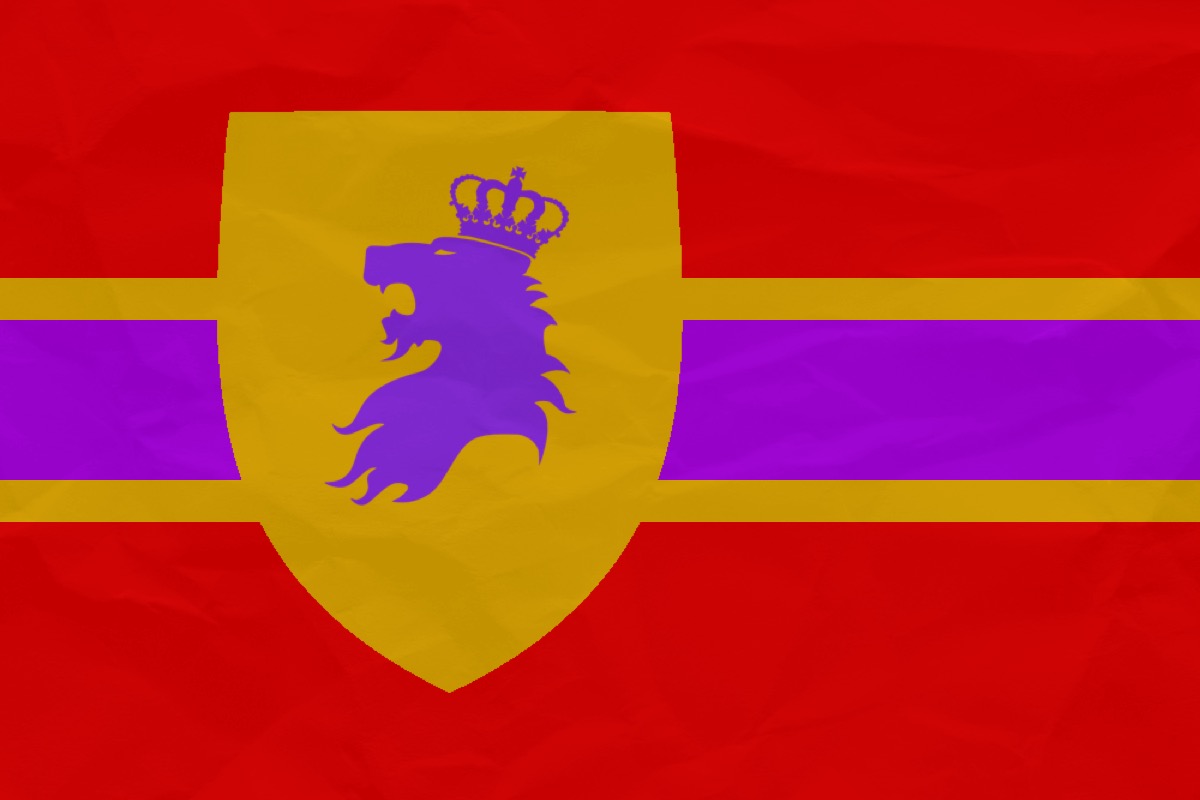 For King and Country!
— Famous battlecry in the Kingdom

Articles under Kingdom of Trinidad