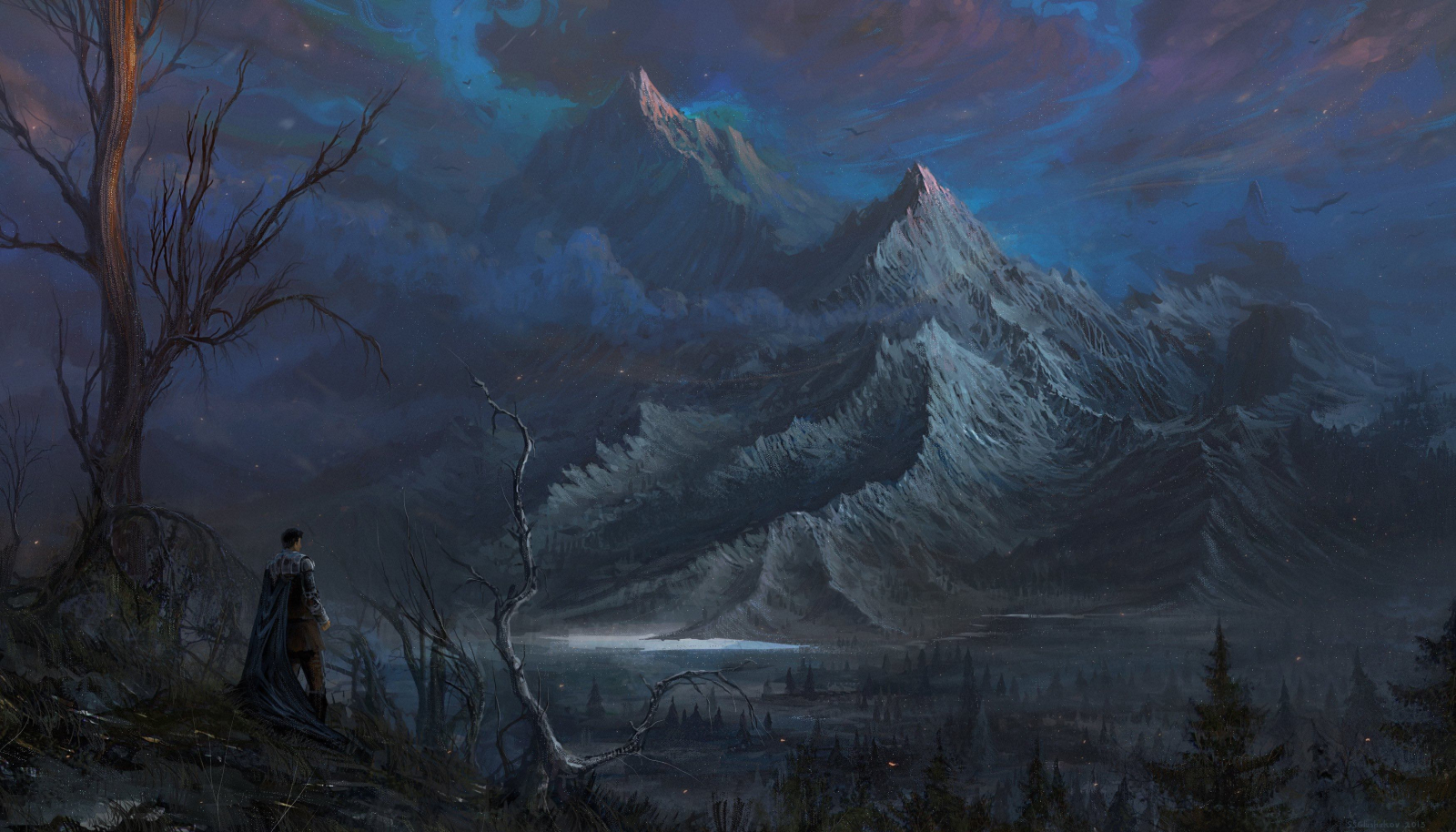 In the northernmost reaches of Hariel Majour stands The Blight, a continent-spanning, ice-capped mountain range. It's jagged peaks tower over the lands like a spiked crown. Its centerpiece (and likely the originator of the range) looming a full thousand feet taller than any other spire, is the Holy Mountain, Celene. 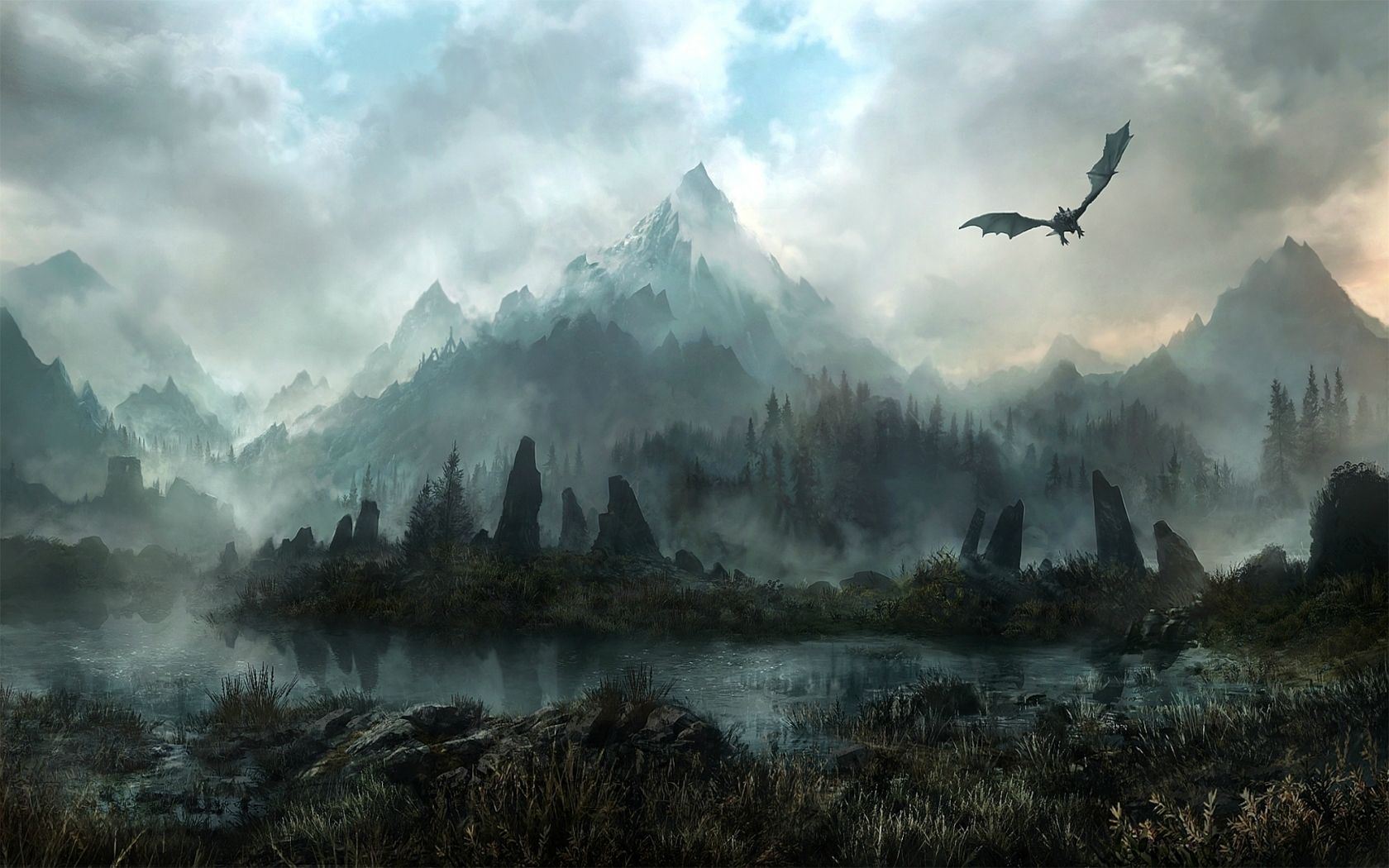 Like Mount Olympus, this (allegedly) hollow monolith is believed to be the ancestral home of the very gods themselves. It is also known as "Godshome" or "The High Seat of the Ancients."   It is said to have fallen from the heavens at the dawn of gothenkind. Nobody, save perhaps the Custodians, know precisely when it came into being, yet it is assumed to have become "spiritually active" roughly 40,000 years ago.   If legend is to be believed, the destrcutive landfall of Celene caused masive tectonic upheaval, forming the very Blight range itself. Whether by accident or design is the source of much spiritual speculation, and even holy war. For thousands of years, disciples of all faiths made the long and treacherous pilgrimage to Celene in order to prove their devotion, and to seek divine (or even arcane) knowledge.   It is widely believed that no magic existed in the world prior to Celene, and that the mountain remains the greatest repository of magical energy (mana) in all existence. It is responsible for the magical weave that connects all physical things and makes spells possible. As such, the pilgrimage was made not just by the holy, but also by arcane mages of all orders and patrons.   The influx of so many representatives of both magic and the church, along with a constant wave of foolhardy tourists, created something of a cottage industry in the otherwise inhospitable north.   The pilgrimages to Celene continued until the coming of The Sundering, when those most greedy amongst the visitors attempted to plunder it's magical riches. They inadvertently (or possibly on purpose) caused an explosive quake that rocked the mountain and the rest of the world. After The Sundering, the gods of Celene fell silent. There is much speculation as to why...

Located at the northern edge of the haunted Dullwood, and marking the beginning of the wide mountain range known as The Blight, Celene sits amidst Hariel Majour's most inhospitable lands. Further, The Churn (the "moat" surrounding Celene), is rife with destructive wild magic.

Of the "natural" creatures that roost upon the mountain's peak, none are more fearsome than the silver dragons of the Blight. Ostensibly good natured, the dragons are still fiercely territorial and welcome no visitor warmly, whatever their reason for ascending to the summit. Because of this, it's difficult to known exactly how many "Blight Dragons" live in the area, let alone upon Celene itself.   The surface of Celene, along with its cavernous interior, is extremely cold to the touch and not hospitable for average life. Still, some cold weather plants and animals manage to make a life between the jagged rocks and up the side of the mountain.   The predominantly human members of the The Staying Hand (see article) also have built their monastery on the side of the holy mountain. Whether or not the cold gets to them is a secret they keep to themselves, as they are quite the tight lipped group. 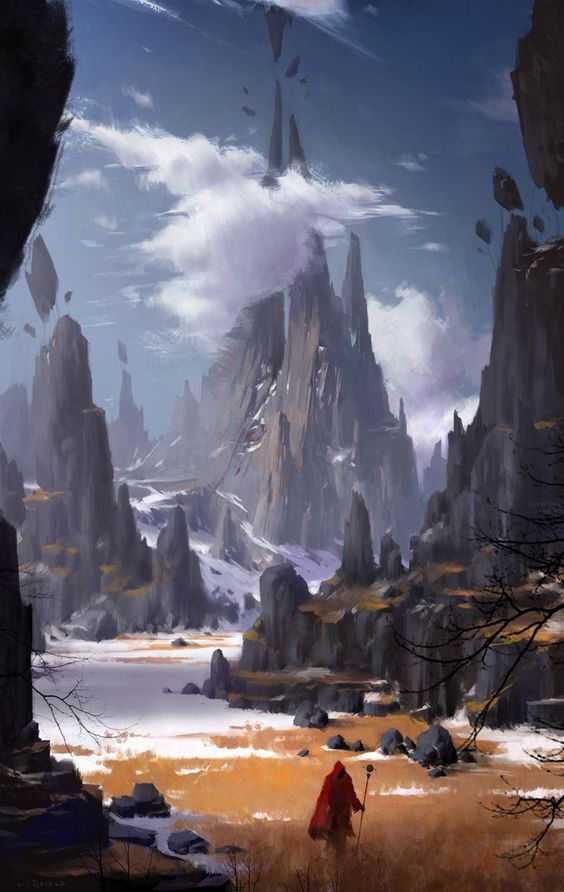 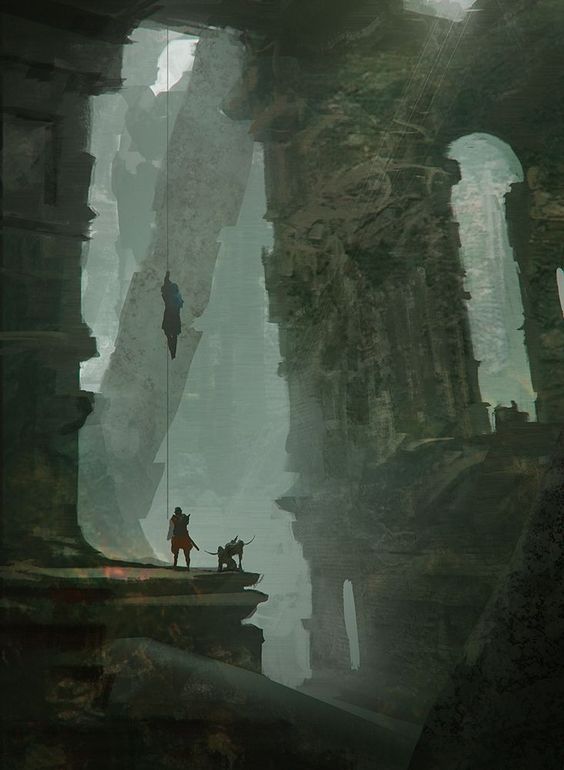 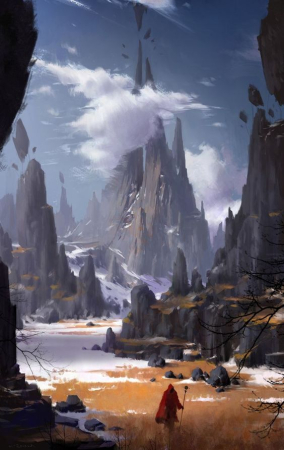 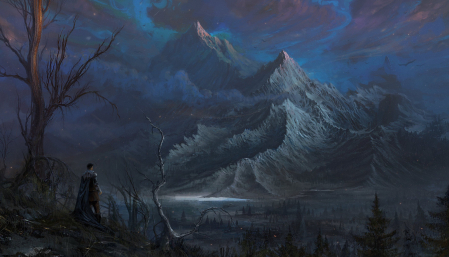 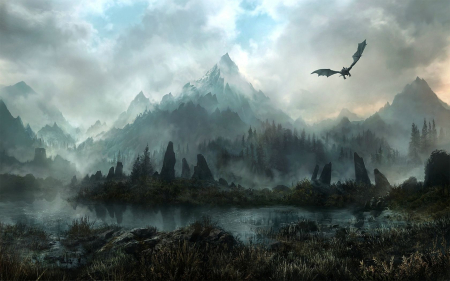 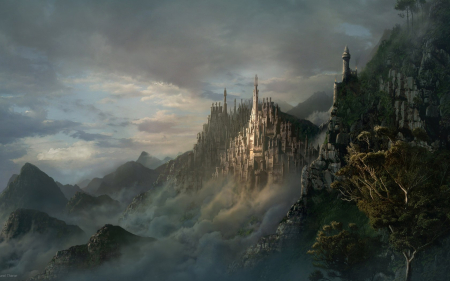 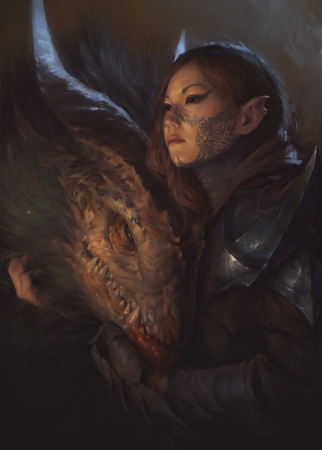 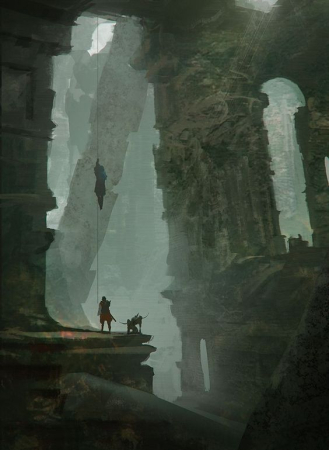 The holy mountain and its secrets are the basis for the ongoing campaign my players are currently in the midst of. What lies within it's many caves and rifts? What secrets did the sleeping gods leave behind?

Thanks so much! A huge part of my live stream campaign is set along the mountain pass. 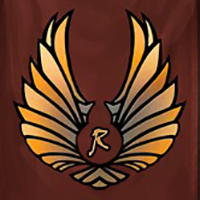 Interesting concept to have a location / landmark based reason for magic and to see the contest various factions have because of it. The pictures on the side frame are a nice touch and though not specific for this specific articles I like the font of the regular text, which looks more interesting than a default font, while still being very easily readable. What confused me a little bit is that you added the info of a linked article with one of your sentences - "The predominantly human members of the Staying Hand (see article) ..." why not just using a hyperlink instead? Keep up the great work!

Thank you for the comment and consideration! I'd love to hyperlink but I'm not certain how to do it in the body of an article. Sure it's probably super easy, I'm just technologically challenged.

Just use an @ Symbol and it will give you a list of articles to select from, if you type a few letters after the @ it will filter it down based on the letters, then pick the desired article like "Staying Hand" and it automatically adds the complete link with the all the numbers and stuff. Optionally, on the right side of each edit window of an article you have BBCode Reference with a textual link that you can just copy and paste, that works the same way.

Oh great! Thank you for that. I'll give it a go.