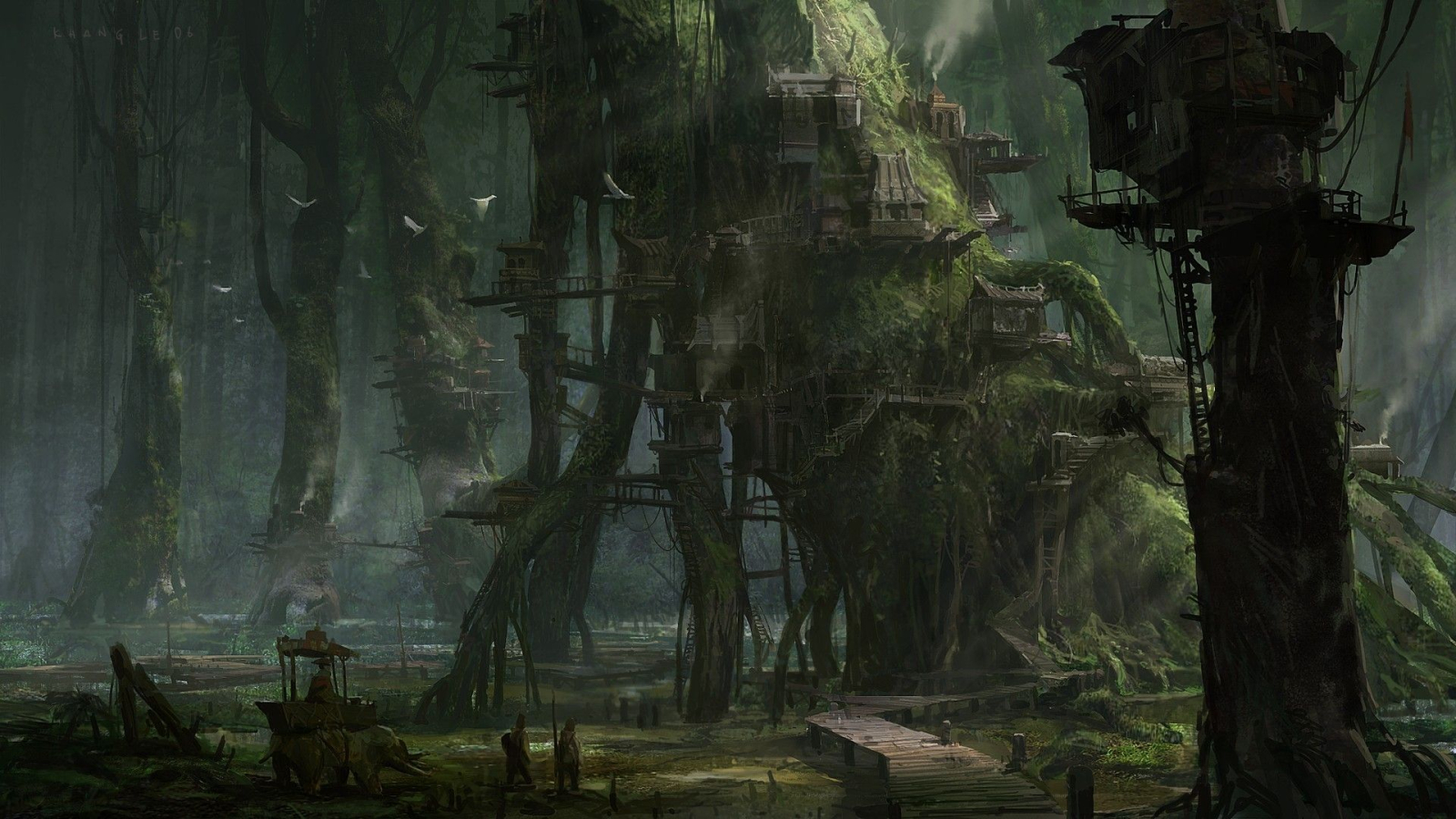 In the southeastern reaches of The Dullwood, just beyond the borders of The Feywood, lies possibly the strangest settlement in all the world. So strange is it, in fact, that many fail to believe that it actually exists. Though when human children dream, they often dream of its borders and inhabitants. The mysterious town in question is Thistle.   Everyone knows of the corrupting waters of The Churn. It is known that anyone or anything that drinks (or sometimes merely touches) its waters comes back... different. Previously docile forest animals become fierce beasts, driven mad and intent on killing all within their reach. Fairies and other innocuous forest folk transform into foaming mad monstrosities. These are the most commonly thought of "mutations" wrought by the swirling magical chaos of the Churn. But the accursed waters don't always bring madness, abominations and pure suffering. Sometimes, very rarely, the waters confer what some might call a miracle.   In extremely rare cases, the waters have transformed the animals of the Dullwood into intelligent beings, some even suddenly capable of walking on two legs. The various "positive mutations" include opposable thumbs, mouths that can speak in civilized tongues, even the deepest desires of man (or manlike beings). Many, not knowing how to adapt to these changes, succumb to the evils of the woods. Others band together for protection, always on the lookout for others like them. It's from one such unexpected, yet harmonious, grouping of anthropomorphic animals (of all sizes and types) that Thistle was born.   Many believe that this "birthing" process makes them spiritual cousins of the Fortreal "plant folk" of the same region.   The animals-made-men refer to themselves, collectively, as "Woodlings." The woodlings cross all bounds of genus and species, with former hunters and prey now living together under a common cause. Woodlings are a unique race unto themselves, fully capable of reproduction and evolution. They are also not known to exist anywhere beyond the Dullwood itself.   Thistle is open to all woodlings, despite their previous lives. However, the town is completely cut off from the rest of the world, and non-woodling visitors are relatively unheard of. In fact, none are allowed to bring a non-woodling within the town's defensive walls. This is the first law of Thistle.*   *...not to say that it's never been violated.   The residents of Thistle know their survival is dependent upon a constant reinforcement of their numbers, if only to hold back the horde of less civilized mutants that constantly attacks their gates. Thusly, the town maintains both an honor guard of some 200 woodlings called "The First Prong," while all citizens are expected to take up arms to defend their town if the need arises. Thistle also cultivates a group of hunters known as "The Seekers" who are tasked with searching for lost and confused mutants like themselves. Ones who would likely die, left to their own devices. These lone woodlings are welcomed with open arms into the "brotherhood."   Woodlings seem to instinctively know (perhaps it's racial memory) that the rest of the world means them harm. They know that they are truly alone, as far as society is concerned. Because of this they are both very inclusive of all woodlings, yet xenophobic of all outsiders not "born of animal." The brotherhood within the walls of Thistle is for life, and the only crime that ends in exile (or execution) is reserved for those who perform violence against their brothers.   Amongst the many ingrained fears of the woodlings is that of being mistaken for the hated lycanthropes (were-creatures) of the world. They know that humans and demi-humans alike (especially those of the Blight) both hunt and kill were-beings, essentially slaying them upon sight. Seeing how these creatures are treated has only contributed to their isolationist nature. They seem to have good reason to fear man.   It's a minor miracle that Thistle has managed to not only survive, but thrive, considering the rough nature of its people. The woodlings were forced to "figure out" how a settlement (and society for that matter) works completely on their own. They had nothing much to base their ideals and government upon. Yet, in the early days, the woodlings watched, from a distance, the operations of the various boom towns (including Bramble) that cropped up during the many pilgrimages in the years before the Sundering.   None are certain of much when it comes to Thistle, as few (if any) outsiders have ever entered its walls. Or if they entered, none are known to have left. Top amongst the mysteries surrounding the bizarre town is that of its origin. How long has Thistle been on the map? Many believe that it came about only a few thousand years after Mount Celene landed in the Blight, bringing the Churn along with it. Others think the town to be a much more modern settlement. Even the Solti of Neishmehil know little of their woodland neighbors.   It is rumored that, beyond the walls of Thistle, some few Kelti Elves have established a simple, barter-based trade with a similar number of woodlings. This could be just talk, or perhaps its the first sign that the cloistered woodlings are beginning to leave behind their racial paranoia. Could it be ill tidings that finds them now resorting to outside help? If the Kelti know, they're not talking. 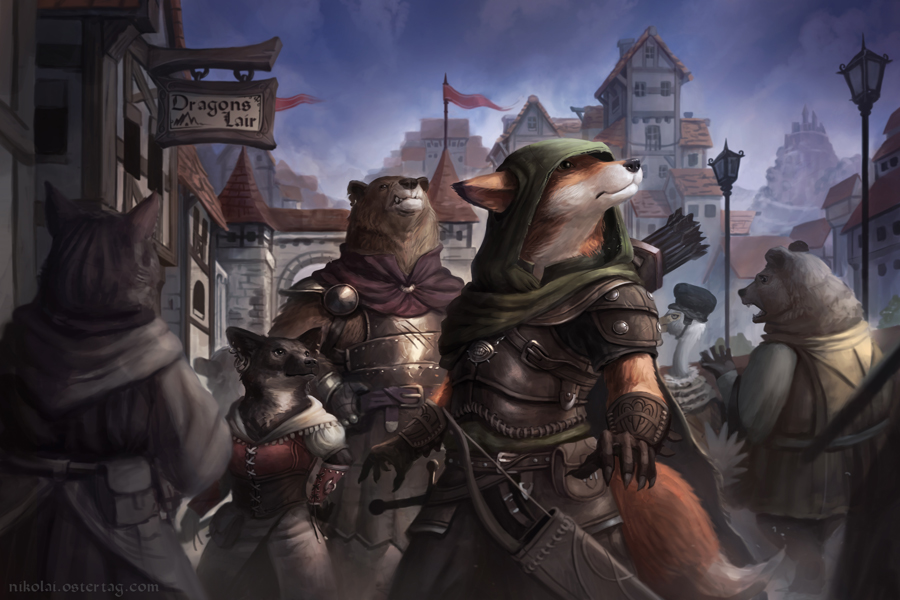 Thistle is comprised of both first-generation woodlings (those born of the transformative waters of the Churn), and their second-generation offspring. As the Churn has unified all such mutated animals as a new race unto themselves, woodlings of different geno-types can sometimes mate with each other, thus producing man-like creatures never before even dreamt of. 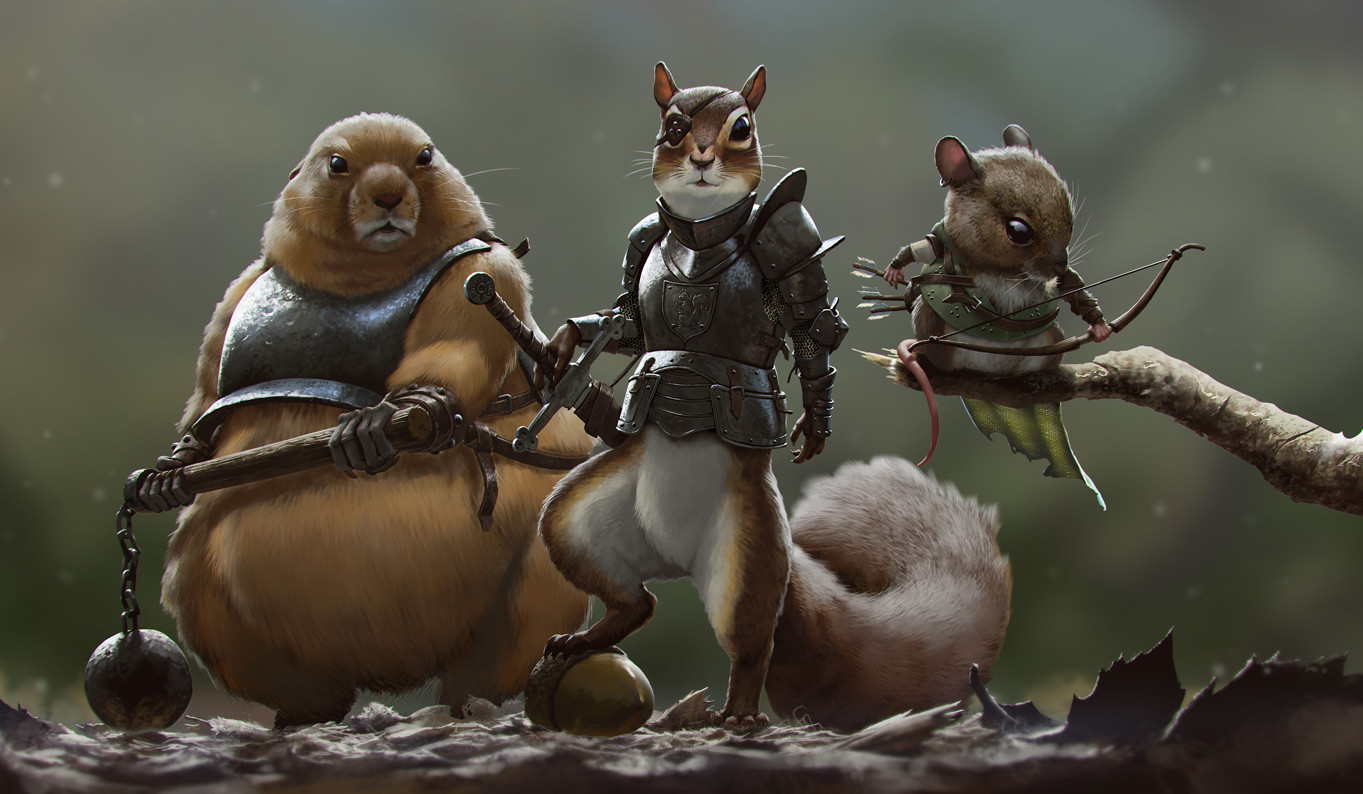 Thistle is ruled by a council of nine elders ("The Nine"), chosen by the people for life. Life in the Dullwood, however, tends to be rather short, so the council is constantly inducting new members.

Thistle is defended by 200 soldiers, culled from the toughest stock, called "The First Prong." Further, all residents are trained in the defensive arts and are expected to pull their weight in defense of the town, if the need arises.

As mentioned previously, Thistle is a completely self-contained town. Unfortunately, it is built upon lands considered dangerous for farming. Thus it has developed raiding parties tasked with finding food beyond the Dullwood. These raiders use stealth and rarely resort to violence to achieve their ends.

Virtually all of Thistle is made of wood, largely culled from the twisted Dullwood. Though sometimes, more opportunistic woodlings have ventured into the Feywood in search for wood of a much higher quality.   Because of their geographic position and lack of general trade, metalwork is scarce, and any that exists within the town has been scavenged from outsider towns such as Bramble.

As it is dangerous to consume anything born of the Dullwood (be it plant or beast), most of the food stock within Thistle is culled from beyond its borders. They are known to raid both the farmlands south of their home, and some have even dared robbing the Feywood of its edible plants. One of the other rules within Thistle is that no woodling consumes any animal. This does not mean they're all vegetarians. It simply means that insects are a common food source. Those outsiders wishing to stoke the fires of fear say that though the woodlings won't eat animals, they seem to have no issue consuming their sentient neighbors. It is currently unknown if there's any truth to these destructive rumors.

The notion of modern guilds is lost on the resident of Thistle, though many of its residents have specializations in particular skills. The general community is bolstered by the participation of all, doing the best at what they do best, not for monetary gain (rather the survival of Thistle itself).

At some unknown point after the coming of Celene, the waters of the Churn began producing mutants from the animals of the Dullwood. Most of the mutants were terrible abominations, yet some were "different," imbued with human-like intellect, and often bipedal forms. It is believed that sometime after these intelligent mutants came about, they began to find each other. And sometime after that, they realized they needed a protective home, if they were to survive.   So, we know the likely series of events that brought about the formation of Thistle, if not the exact time of its creation. 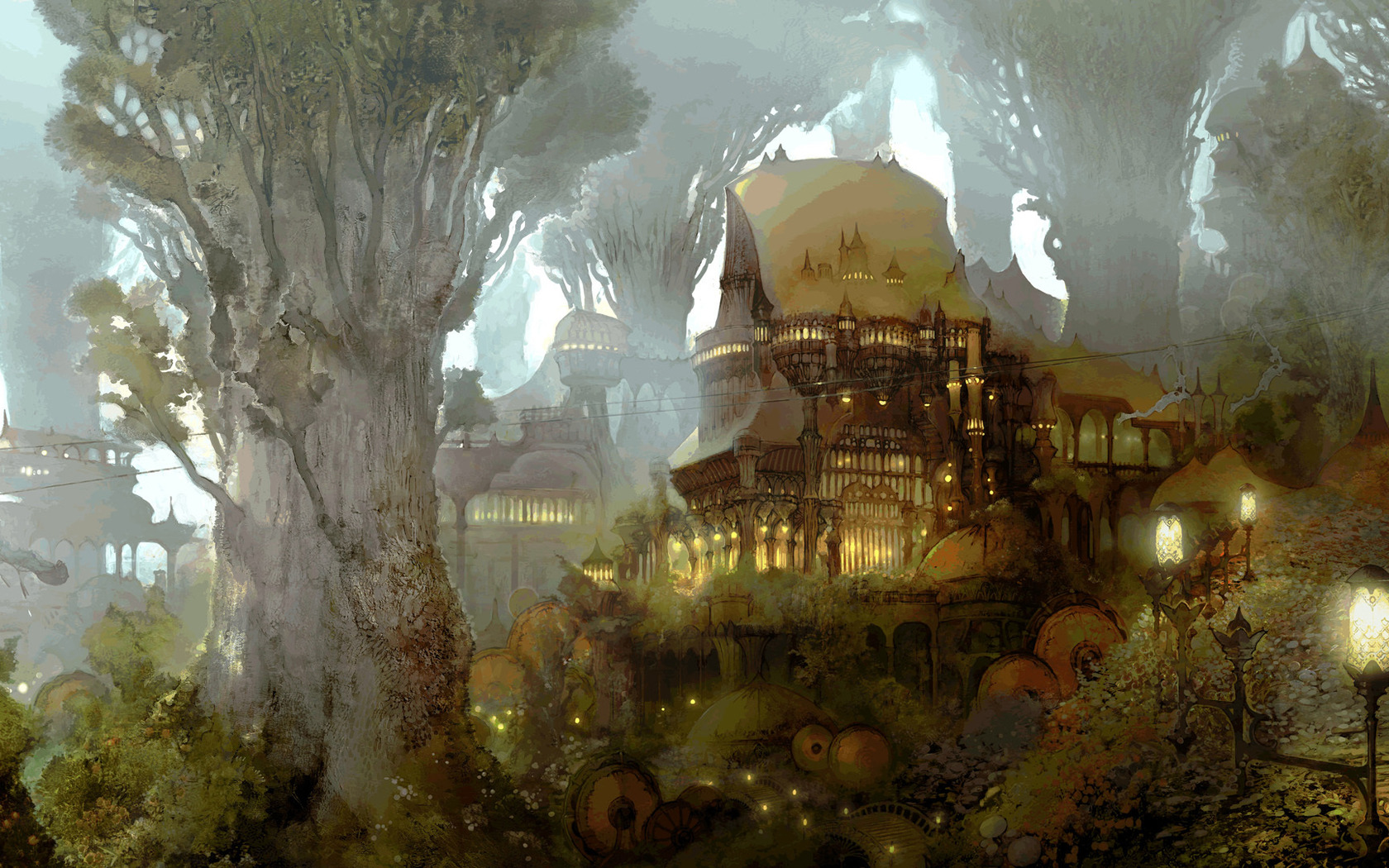 Thistle is nearly one hundred percent comprised of wooden structures of various shapes and sizes. Some built into the treetops and trunks themselves, others standing on the ground like human structures. Very few of the freestanding buildings have more than a single floor. 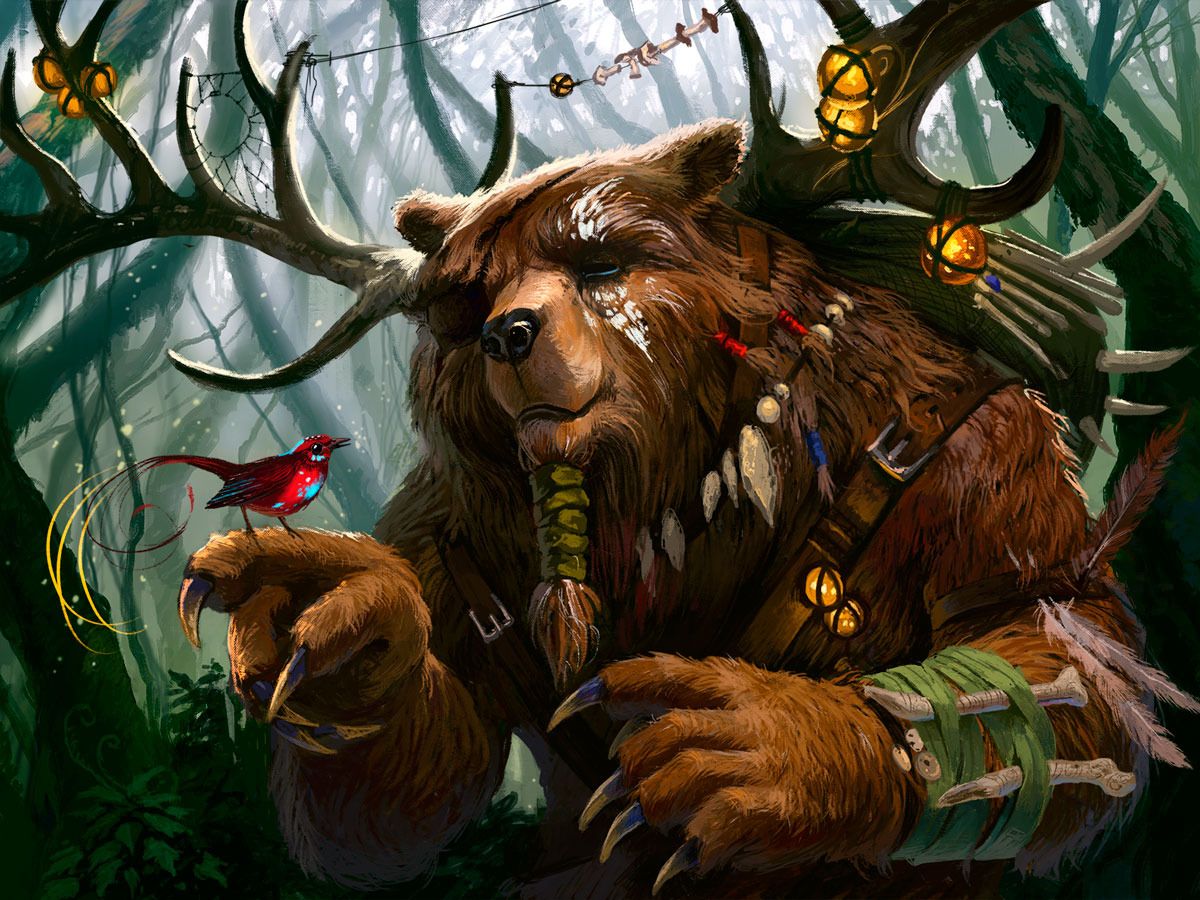 Thistle sits within the eastern edge of the Dullwood, not far from the border of the Feywood. The nearest (current) outside settlement is Bramble. 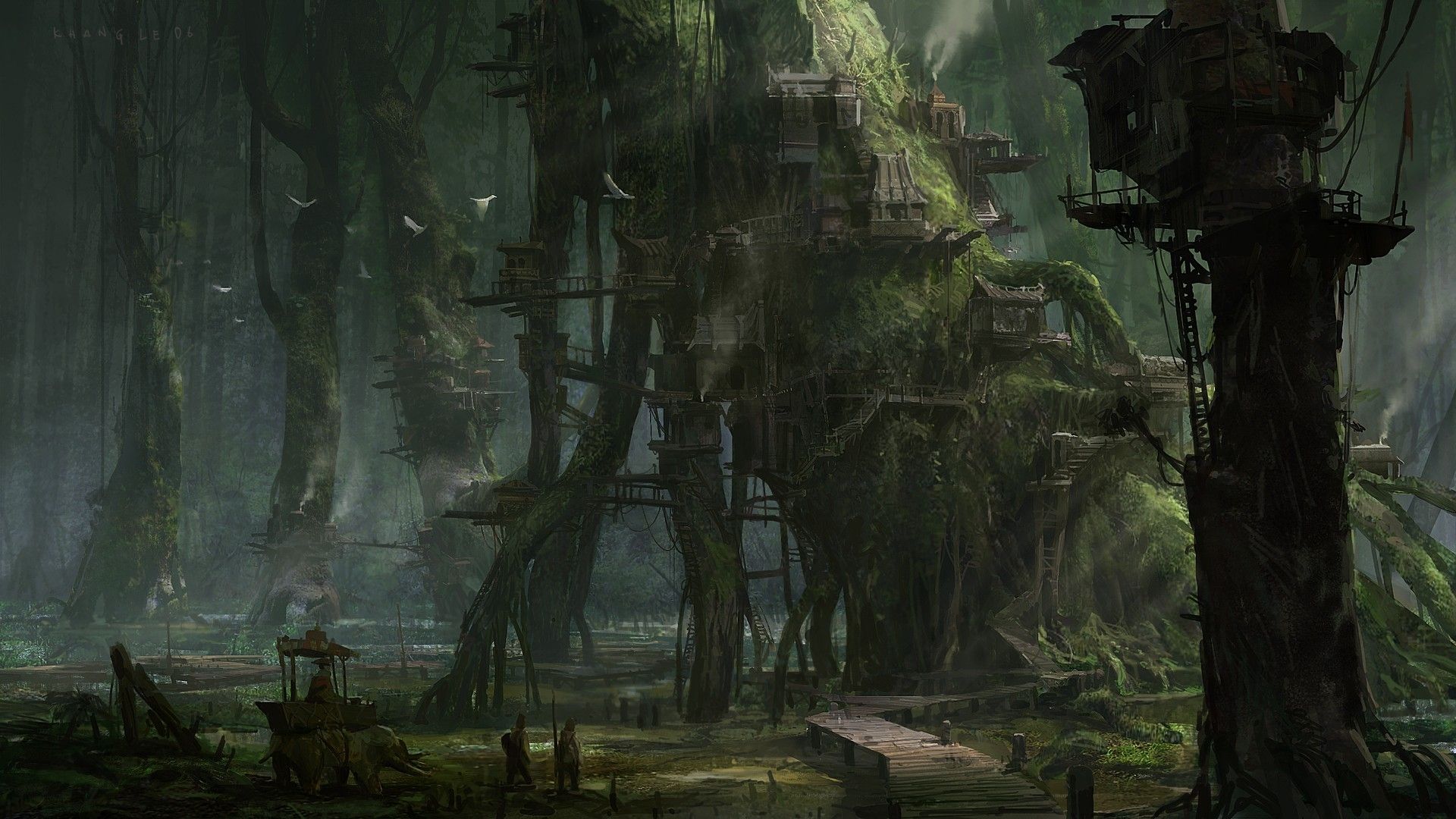 Though Thistle has essentially endless wood to work from, the woodlings tend to prefer a better quality of tree (ones not twisted and rotten by the Churn), so they often raid the Feywood for lumber. Further, as previously mentioned, they do not farm their own lands, relying on the theft of crops from farms beyond the Dullwood for sustenance. It is rumored that the woodlings of Thistle maintain "secret farms" in the Blight, and many residents have come to cultivate private (mostly mushroom) gardens, fed by water taken from beyond the Churn.   They create their own crafts and goods, and it is possible that they have begun trading these with the Kelti of the Feywood, possibly in exchange for food and better wood. 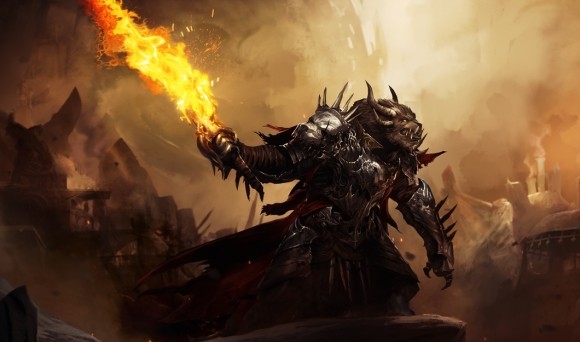 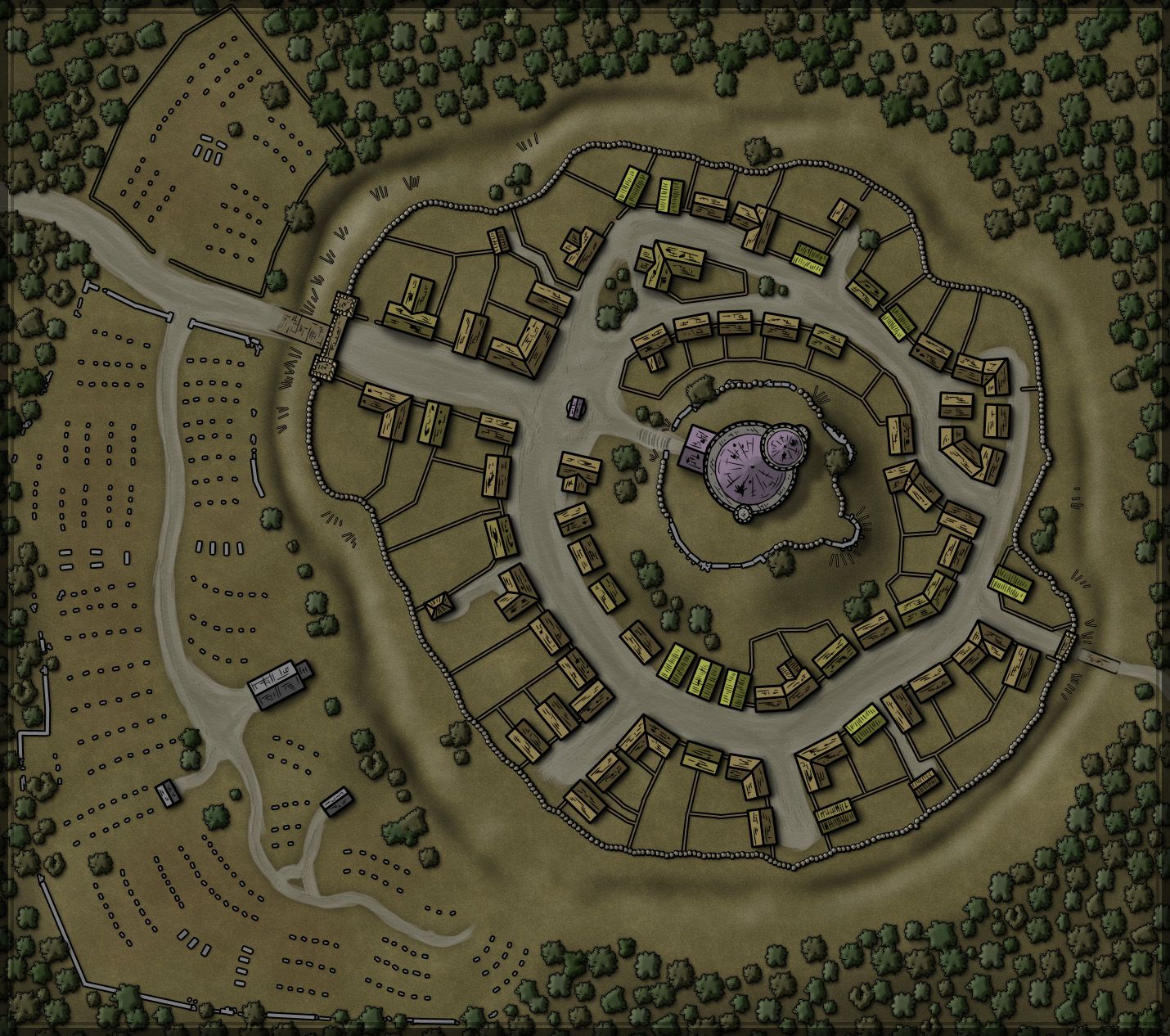 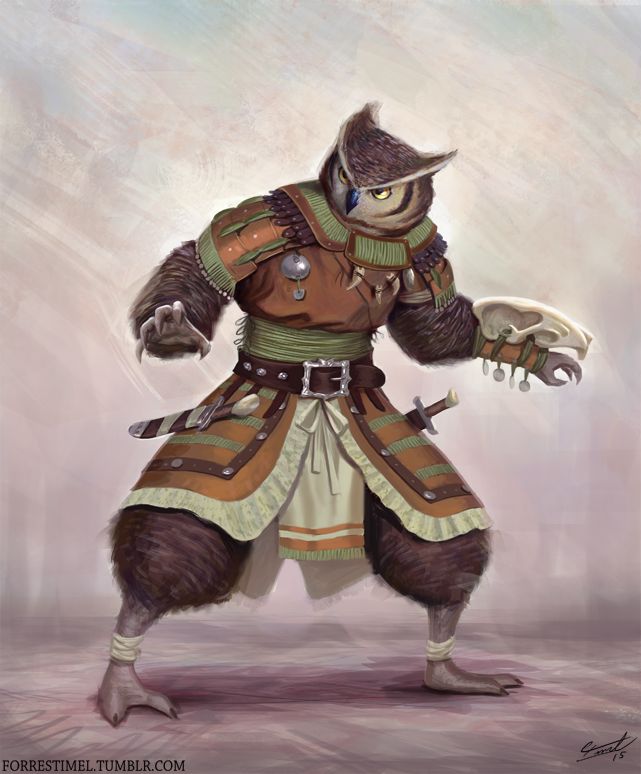 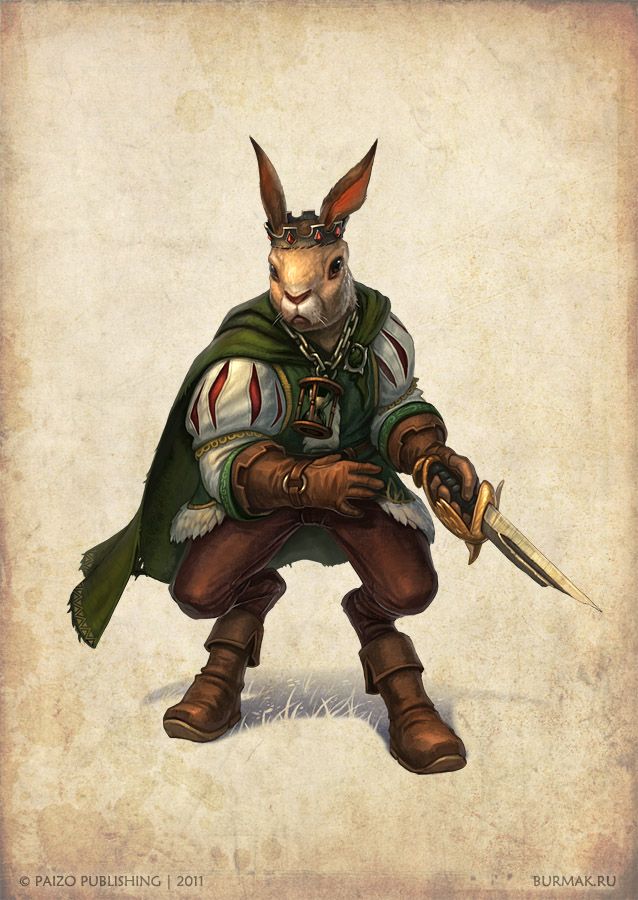 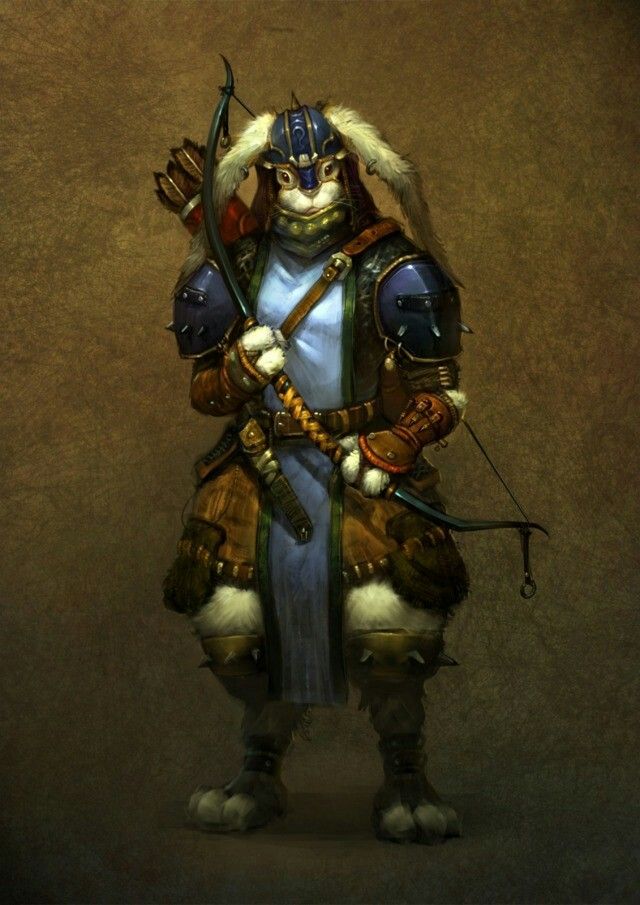 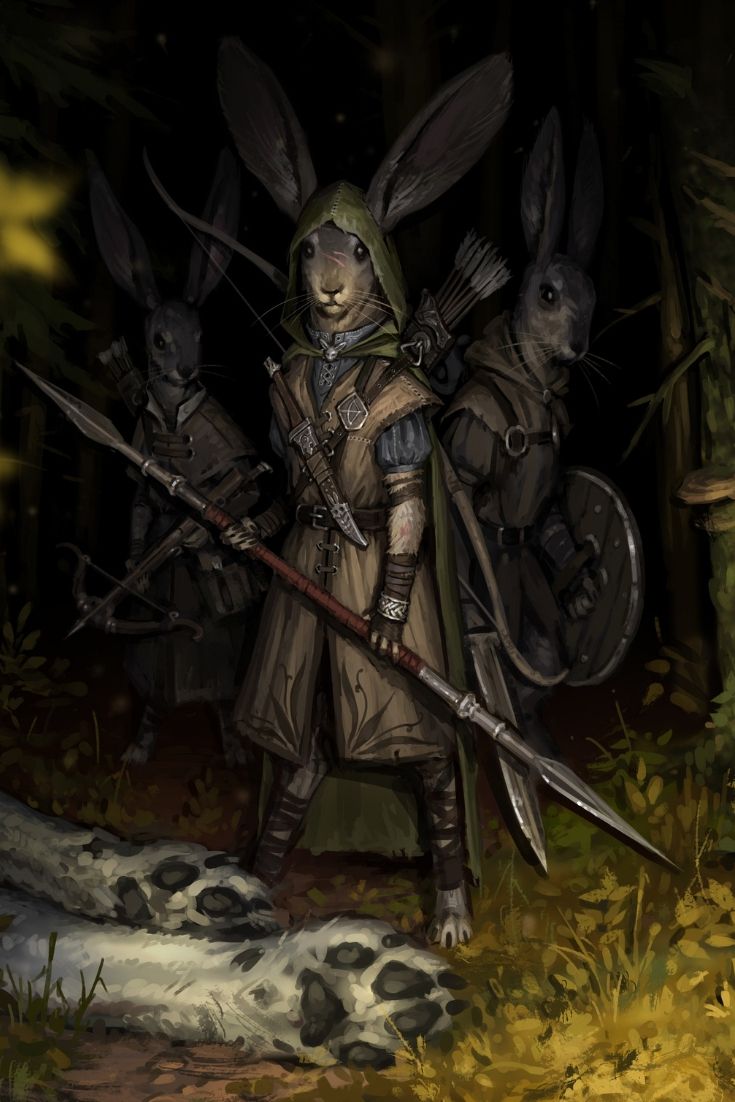 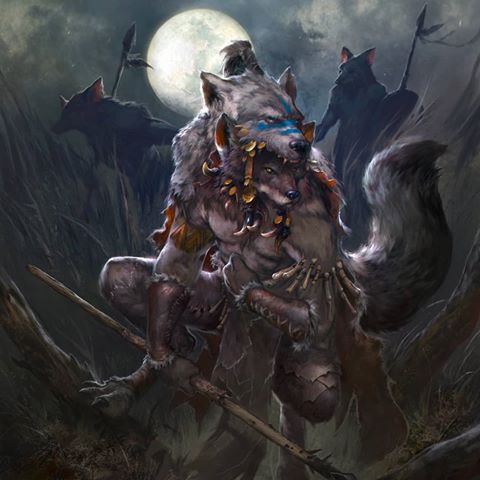 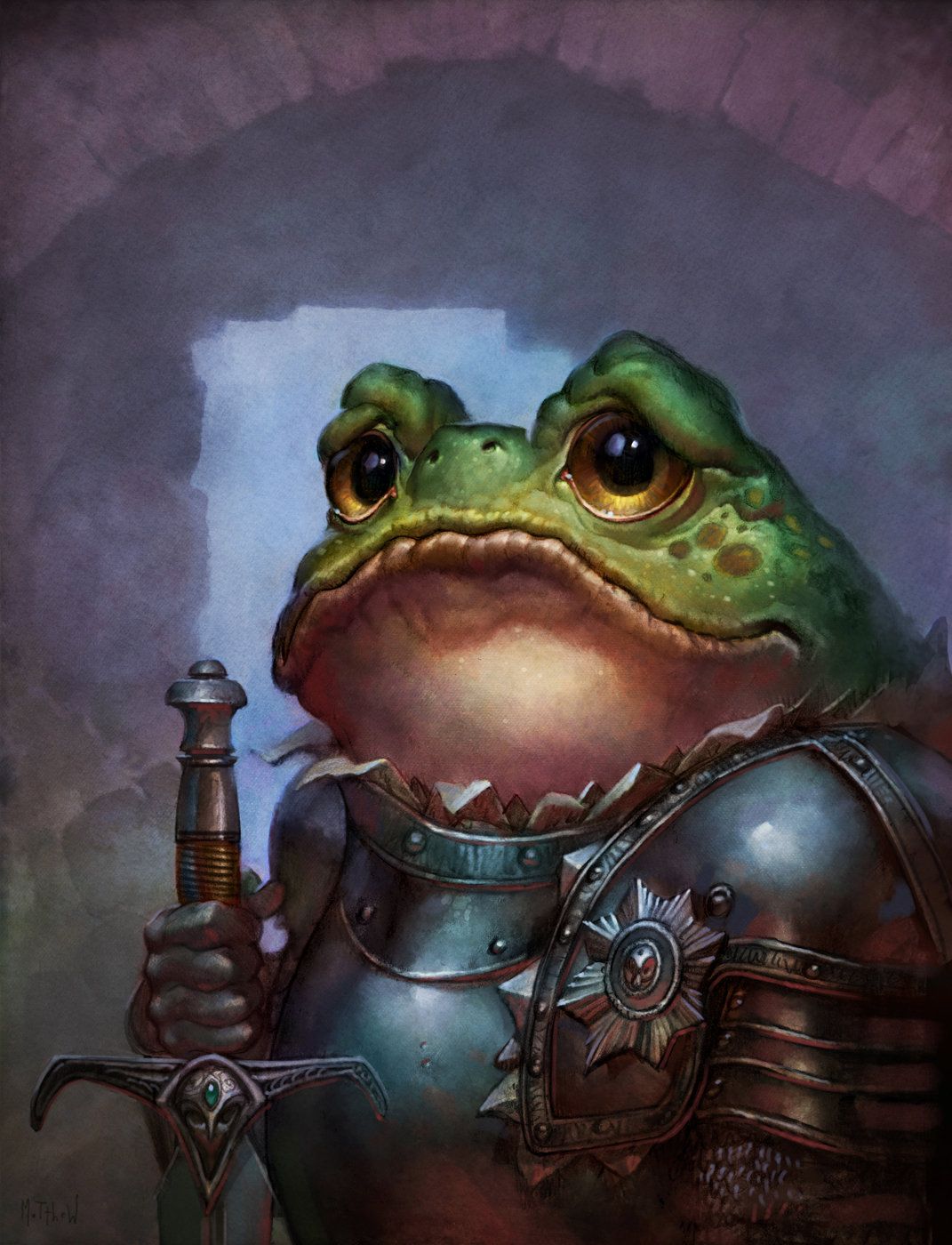 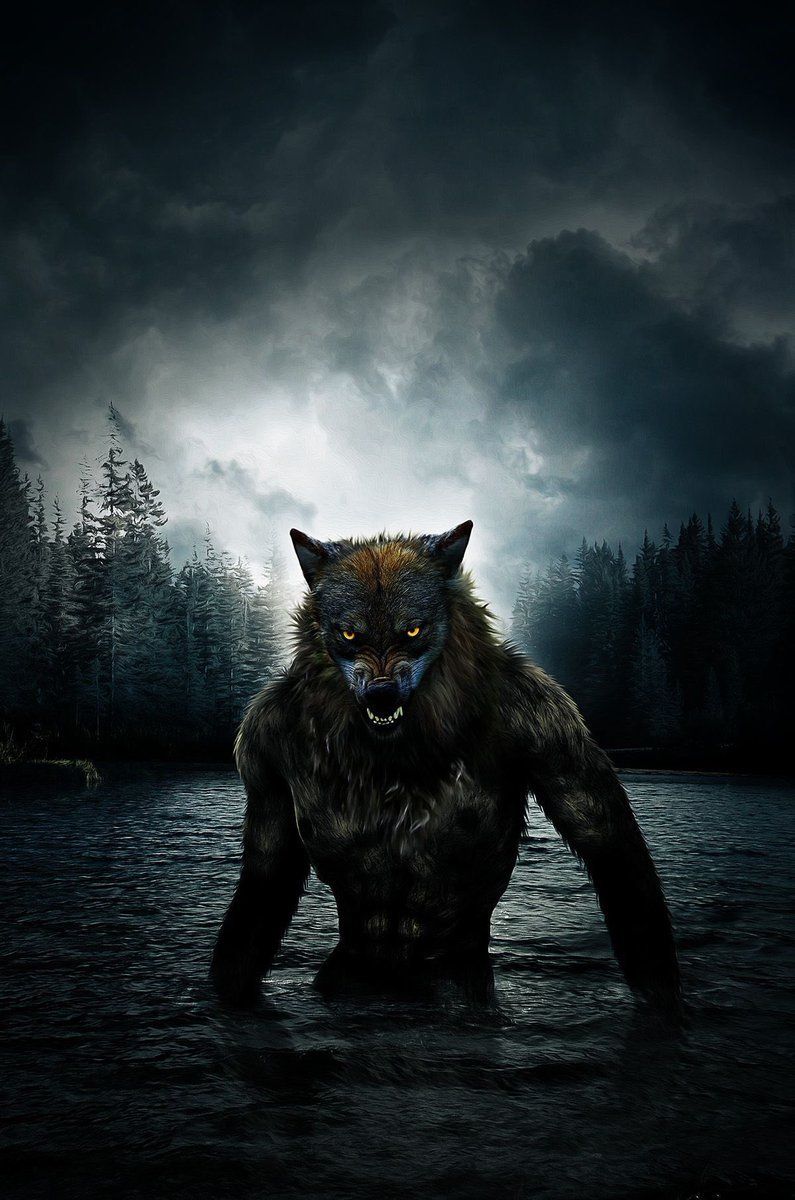 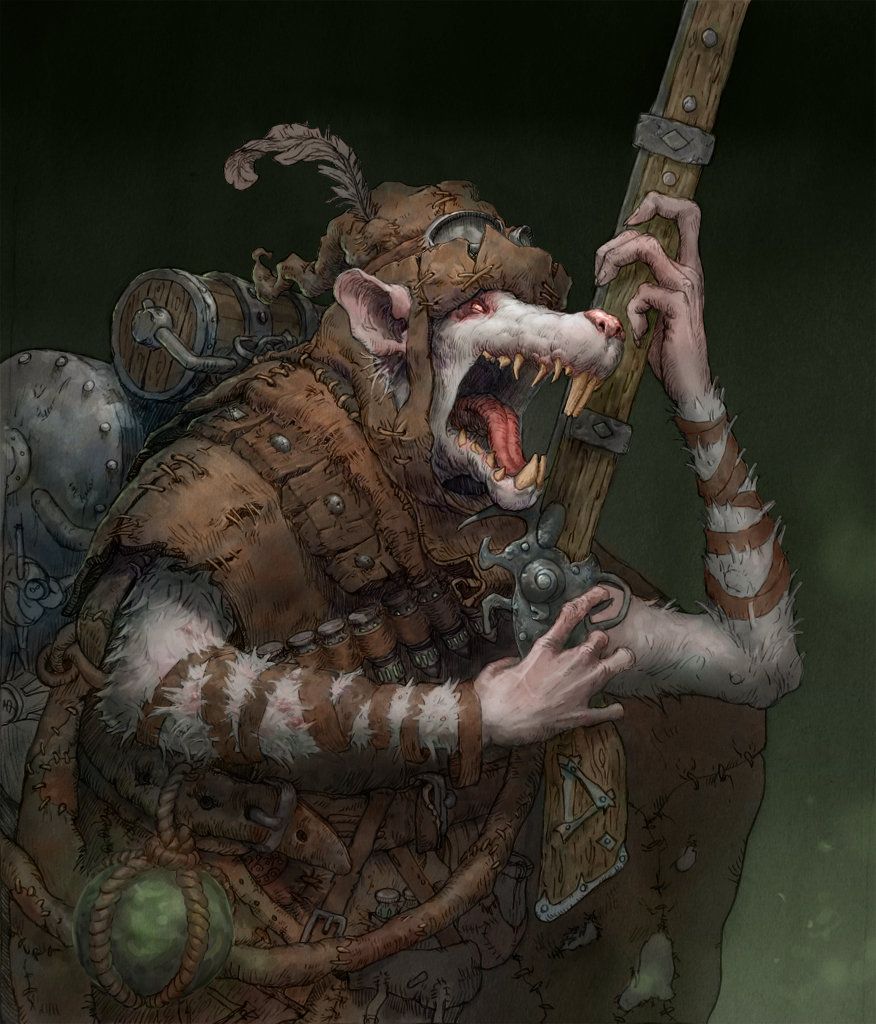 Very cool! I'd love to know more about the Churn and the corruptiveness of that, and how it interacts with the rest of the setting.   Judging from how you describe the place, I'd have to assume that metalwork is pretty rare within the city, save for what they can steal/scavenge. Do they use something else? Or do they have mines and industry like that as well?

I need to make sure I hyperlinked the Churn article (and probably need to expand on it as well). Good call about the metalwork. It would indeed be pretty rare. :)

I have yet another race of "plant people" that are possibly products of the churn, but aren't aware of that. https://www.worldanvil.com/w/gothenya-clayliford/a/fortreal-article?preview=1

In the words of Councillor Froggarty after drinking a nice glass of mushroom wine (which was later banned for how it was believed to threaten the destruction of Thristle from the inside) "hippity hoppity this is some real high quality". 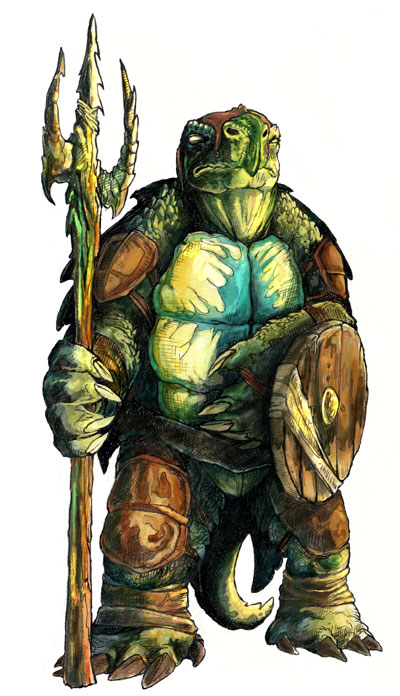 Could I write a short fiction of my Tortle (turtle humanoid) explorer Gan in this area? He's a Tortle, so he will probably find a way to sneak or get himself in.

Thanks! I will post it in the first chapter of "Expedition: Forbidden"