Narfell was founded over two thousand years ago, during the height of the "Great Pilgrimage" (to Celene). As the north was even then considered a barren and hostile land, the devoted of the gods often required escorts to reach Mount Celene. Narfell was built by the king of Wyeth to accommodate this need. It was both built and occupied by some of the most devout knights of Wyeth (paladins known collectively as "The Spear"), who essentially created their own internal society. Existing on the outer rim of Wyeth's influence (and cut off from the crown on the supply line) The knights worked the land, cared for themselves, and even forged a few cottage industries.   Narfell served as a beacon of light in the north for over one hundred years. That was, until the Sundering. With the cataclysm in the north, wild magic exploded into the woods (creating the Dullwood, as it is known today) and forced many species into a southern flight to avoid corruption or destruction. Amongst the displaced were the Goblinoid races, in particular the Isagorn (sometimes called Hobgoblins as a pejorative). None alive know how the battle began, perhaps the Isagorn approached the outpost with the intent to subjugate it, perhaps the knights only saw them as an evil scourge that must be destroyed. In any case, a great battle occurred which ended with the complete routing of the few surviving knights of "The Spear," who were forced to retreat back to Wyeth to avoid total annihilation.   By the time the crown was able to assemble a counter-strike, the Isagorn had already fortified Narfell against any such attack. So good at defying siege tactics, eventually Wyeth had to come to a diplomatic compromise with the occupying force, if for no other reason than the cost of the attempted siege was taking its toll.   So it was, less than a hundred years after the Sudering, Narfell legally transferred to the Isagorn and a tentative peace was brokered. However, the racial hatreds aimed at the Isagorn have hardly faded, and many yearn for a day when the symbol for light in the north returns to its intended hands. In fact, nearly every challenge to the crown of Wyeth includes a promise to retake Narfell for the realm.   The Isagorn, at their heart, are a migrant race. Their homeland is not well known (many assume they hail from Golthien, but they actually came from Celene herself) and they have to fight tooth and nail to maintain any semblance of culture. They are typically considered a cancer upon the body politic of any particular region. But in the last hundred years, they've collectively made strides towards battling old stereotypes. The Isagorn of Narfell (and those of the Blight) have petitioned the Freemantle for trading rights and full integration. As of yet, these overtures have been ignored. Most of the Freemantle populace and independent nations have it in their heads that the Isagorn are dying, cut off from the rest of the world. They intend to let them die. Hopefully something will change in the near future.

A Militocracy. Narfell is run as an independent city-state through a military command structure, with a council of commanders at the top.

20,000 Isagorn soliders, including 5,000 elite, stand ready to defend the garrison at a moments notice.

Narfell is surrounded on its southern side by Isagorn run family farms, the largest of which is the farm town of Eliko.

The Wyeth State Religion dominated the land for thousands of years. The Holy Knights of Wyeth ("The Spear"), paladins in direct service to the sovereign kings, were assembled to protect holy travelers as they made the final, treacherous trek to the base of Mt. Celene.   They erected a walled keep, encircled by a militarized city, a mere hundred miles from The Holy Mountain. Named Narfell, it was their base of operations. For many travelers, Narfell was their last safe stop, for surrounding the mountain along its southern edge lies the mangled, evil Dullwood Forest.   At Narfell, one could find provisions, shelter, and most importantly, if one was loyal to the crown (and sworn to the faith of the State), they could enlist the aid of the Holy Knights as escorts through the shadow lands. Later, Narfell was employed as a bastion against the influx of goblin hordes forced from their lands during THE SUNDERING.   Ironically, it fell to the Isagorn (Hobgoblins) and has been under their rule ever since. A sore spot for Wyeth that demands eventual retribution.

Mostly stone, the garrison city was built to withstand a protracted siege. It is the product of the best Wyeth had to offer, regarding both materials and construction.

Situated just south of the Dullwood in Hariel Majour, between The Freemantle and The Thaw...

The verdant plains provide good farming soil, and as such, the surrounding farms and villages provide Narfell with copious food crops. Enough, even to withstand the harsh northern winters. 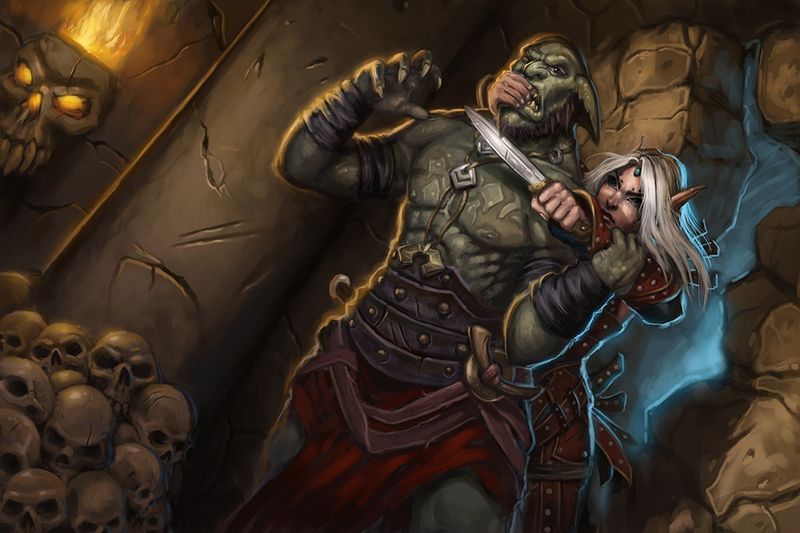 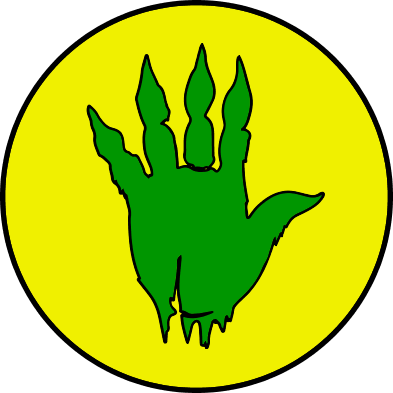 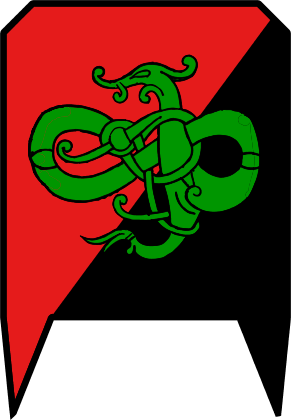