Note: this article is a work in progress.
You are a king and you cannot find your precious crown? Only to get a message from your soldiers that it has been found, at the marketplace, where it hung from a rusty nail on the announcement board? Then you just got a warning message from Whodunnit.   The organization is famous for stealing some of the best secured or intimate belongings. That includes:

The organization is rather complex, with a branch in each major city, each having its own administrative staff and "takers" (the people who actually steal the objects). With each "taking" a lot of paperwork is involved, just to make sure that there aren't two takers trying to steal things at the same time and/or location, that a taker is qualified for a specific job and more. There is no room for errors.

The idea behind the organization is to show the wealthiest and mightiest, that all their resources can't protect them. "When we can get close to you, someone else can, too. And he might carry a dagger."

It all began with a long-forgotten ruler of a city, who planned to completely tear down the slums and replace them with a stadium. The signed plans were already sitting on the desk in his bedroom, but next morning, when he wanted to hand them over to his staff, the plans were gone: pinned with a dagger to a signpost right on the marketplace, where everyone could see and read them. He understood the warning.

Now you see it, now you don't! (Stealth Quest) - A member of Whodunnit has stolen the royal necklace of Queen Eleanor Rani of Farenia and placed it as usual in a public place, for all to see, from where it returned to the palace. But that wasn't all. He had exchanged the necklace with a copy before, to fill his own purse by selling the original. But the jeweller who made the replica for him was talking too much while drinking. Now Whodunnit is urgently interested in putting back the original to where it belongs because they do not want Whodunnit's reputation getting damaged.   The only available Whodunnit taker in Queenshaven fell down the stairs in an accident and broke his neck, and now the administrative department of Whodunnit's Queenshaven branch is trying to fix things in a hurry. They are looking for an outsider team to swap the necklaces, making it believe that it is actually stealing the original and replacing it with a copy, not the other way around. 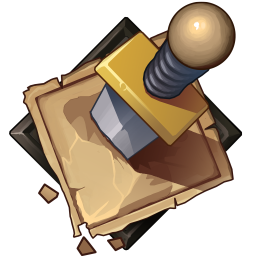 Click here for copyrights and used content / licenses / commissions / OGL   Content Usage: Do not copy! You are allowed to use my world's content while playing with your group,
you are not allowed to copy it and include it in your own products except when explicitely allowed by written permission from me.
Article template
Organization
World
Alana
Category
Queenshaven: Organizations in Organizations
Author
Tillerz
Publication Date
16 Dec, 2020
Creation Date
12 Dec, 2020
Last Update Date
23 Jul, 2021
Visibility
Public
Views
432
Favorites
20
Comments
5
Work In Progress
Tags
we2020

First of all, I absolutely love the name of this organisation, its amazing. Second of all, as a player that plot hook sounds amazing and boy I would love to play that game! This is a really cool organisation, and an awesome article :D!

This organisation is great. I love the philosophy behind what they do. :D The thing about the chastity belt key made me laugh.   The plot hook is amazing. I wonder what would happen if/when the party found out they were actually returning the real thing. XD

Try it out with your next group, then we know! :)

This is a fun article, I love the thieving paperwork XD

Everything need to be in ordeeeeeer, you cannot just STEAL THINGS! :D

Sounds like whoever is running this organization has a sense of humor if the name is anything to go by. :D

Well well well, looks like I know who to ask for cheese.

"Cheese? Which cheese, there is no cheese!" *munches more quietly*