Daughter of King Harun and Queen Fathia. With Harun not having a son she would be the heir to the throne. A woman on the throne would be unusual and it only happened once so far.

She is very athletic and agile due to the many bodily exercises she is performing every day.

Isibella has a pretty hourglass-shaped body, long black hair down to her waist and a bronze skin tone.

She is wearing white or red dresses made sheer silk with a belly dance bra underneath or no bra at all when she instead pimps herself up with with lots of rings, bangles, bracelets and a large amount of different sized necklaces to cover her chest. 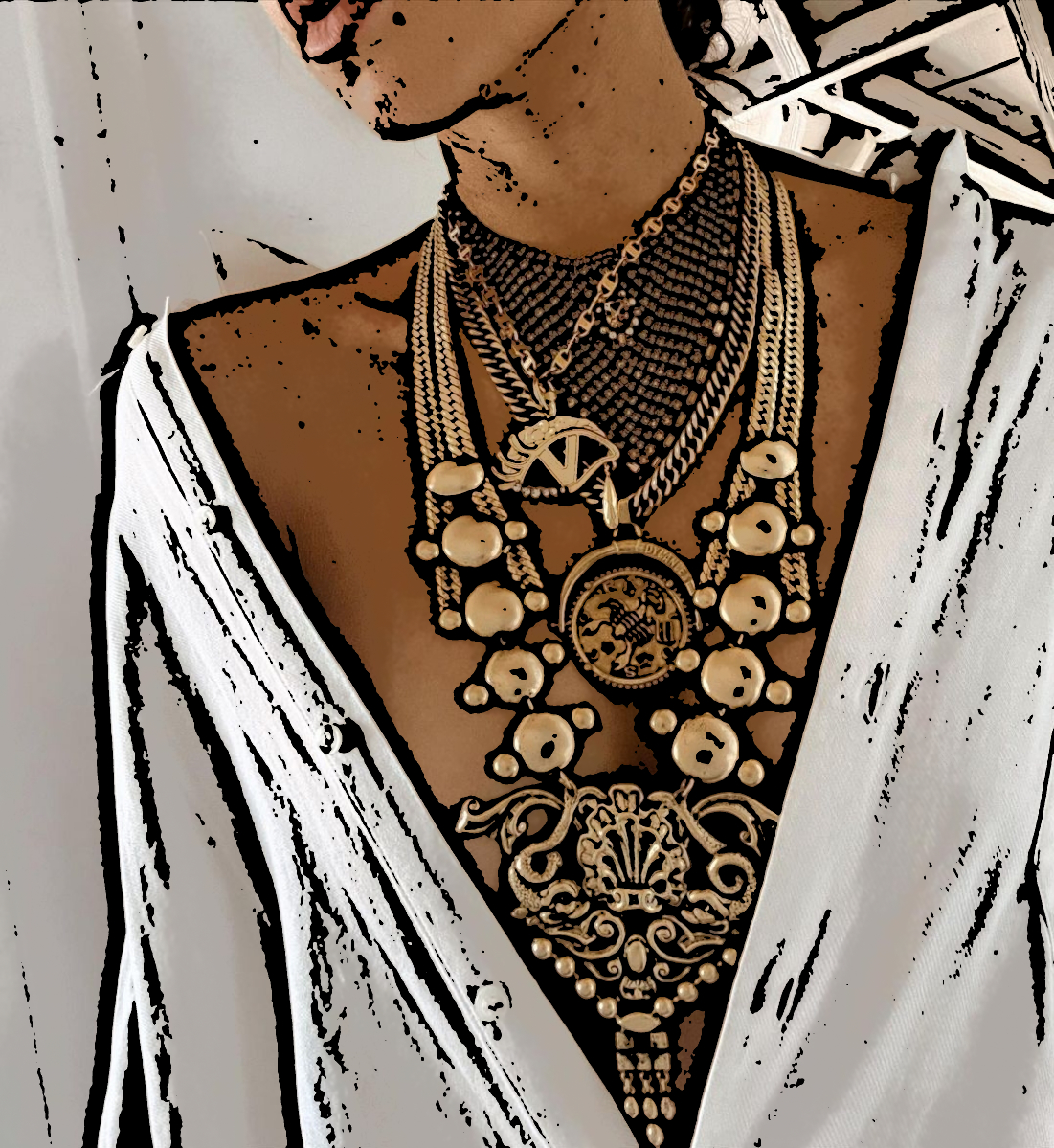 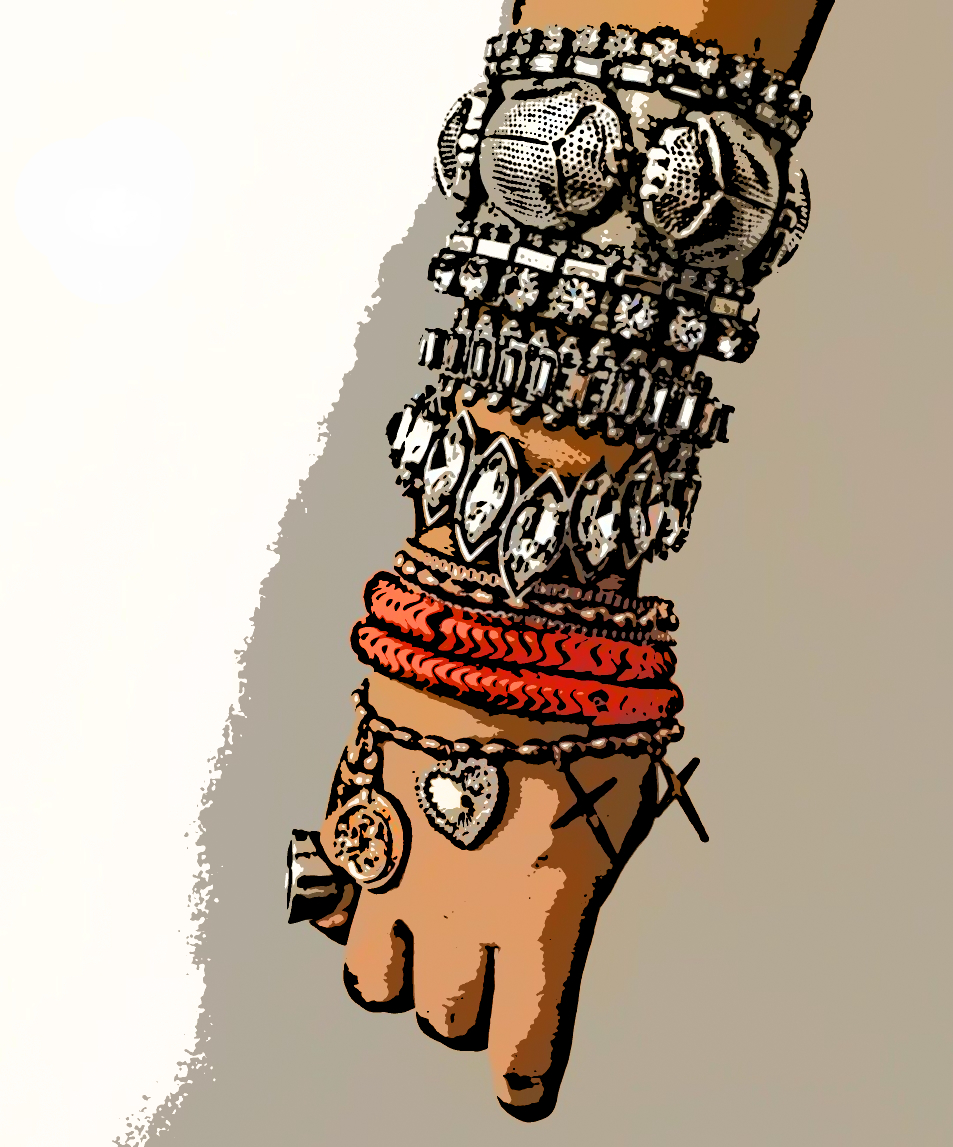 Tan is Isibella's private teacher from Ojiro, but who lives in Charakur for over 30 years now. His lessons include art, history, politics, music, dancing, singing and even self-defence with various weapons and even without. Isibella has five different lessons per day, nine days a week.

Isibella is sweet and charming, but she is also short-tempered and can explode into a proper tantrum just a moment later only to calm down again as if nothing has happened.

She is not happy with how her father is doing his job but has no influence on him whatsoever.

She hates her aunt Anuka and the chastity belt her father forced onto her.

She has been educated in proper behaviour in public that is expected from her due to her social status, but she tends to not use it and just stomps in on people.

Dancing is one of her favourite hobbies. She also has a tiny pet monkey which she's using to get messages in and out of the palace.

She could basically spend as much as she wants, as long as it keeps her inside the palace. She keeps her spending down though, knowing that all the money basically belongs to the people of Calika and should go back there. Instead she is wearing as much as possible of the family jewelry, always creating a jingling noise when she is moving through the palace or dancing the traditional dances of Calika. 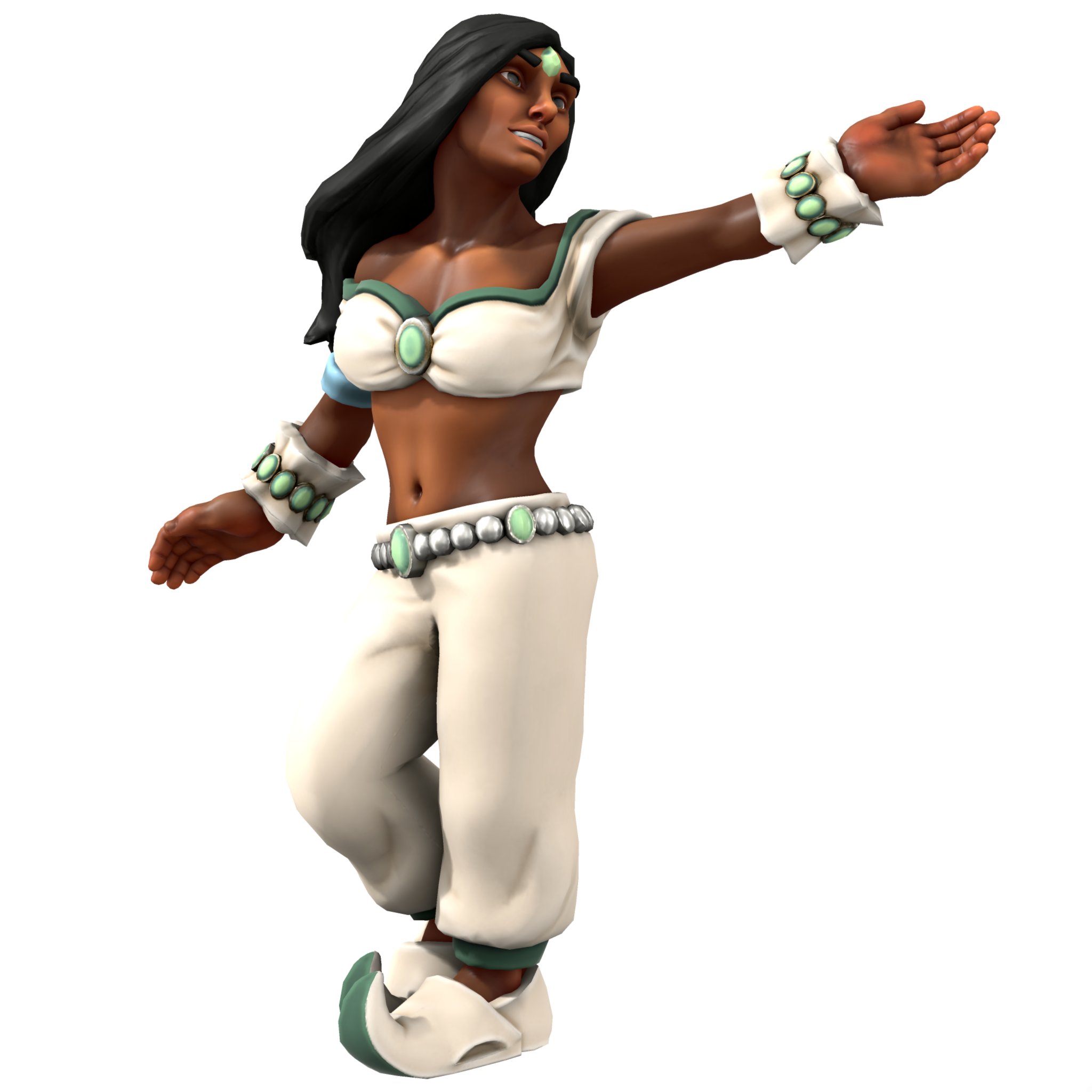 Backdoor - Isibella is looking for a way to get rid of the chastity belt and will ask people who earned her trust for help.   Behead the Snake - Isibella is suspicious of what her aunt Anuka is doing. As she cannot leave Charakur, she's trying to find someone to investigate what is going on.   Cha Cha Cha - Isibella has heard of dances from other countries, but Tan only teaches her the ones from Calika, as ordered by King Harun. She is willing to pay for secret lessons. 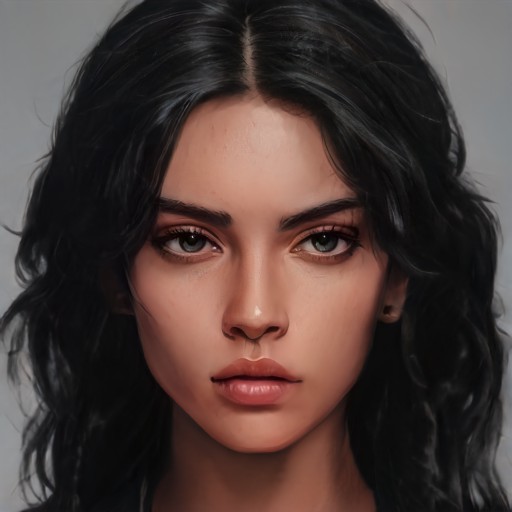 Click here for copyrights and used content / licenses / commissions / OGL   Content Usage: Do not copy! You are allowed to use my world's content while playing with your group,
you are not allowed to copy it and include it in your own products except when explicitely allowed by written permission from me.
Cover image: by Artbreeder
Character Portrait image: by Artbreeder
Article template
Character
World
Alana
Category
Calika: Characters in Characters
Author
Tillerz
Publication Date
18 Dec, 2020
Creation Date
18 Dec, 2020
Last Update Date
17 Jan, 2022
Visibility
Public
Views
192
Favorites
6
Comments
2
Tags
calika cha-charakur character

Very interesting article. I would like to know if she has any enemies who oppose her being on the throne as there was only one rulling woman before her

Sure will add that. There is lots of oposition. :D

Tiny pet monkey!! <3   I'm interested to know more about the chastity belt, as you only mention it in one place and that feels as though it's full of conflict.   I hope she become queen. I like the image of her jangling with jewellery as she walks. :D