Note: this article is a work in progress.
Founded as a cloister by monks many centuries ago, the Temple City of Pramanur has grown into a full city. Anuka, older sister of King Harun is a permanent resident of the city.   No one knows what is happening behind the city gates. Only people born in Calika are allowed to enter, Anuka's private army is making sure of that. Monks that leave the city are always escorted by soldiers for "security reasons".
Pramanur Mountain
Open full size

Dropped Down Dead - There lies a dead monk outside the city, pierced by a javelin that hit him in the back. Apparently he ran away from the city. 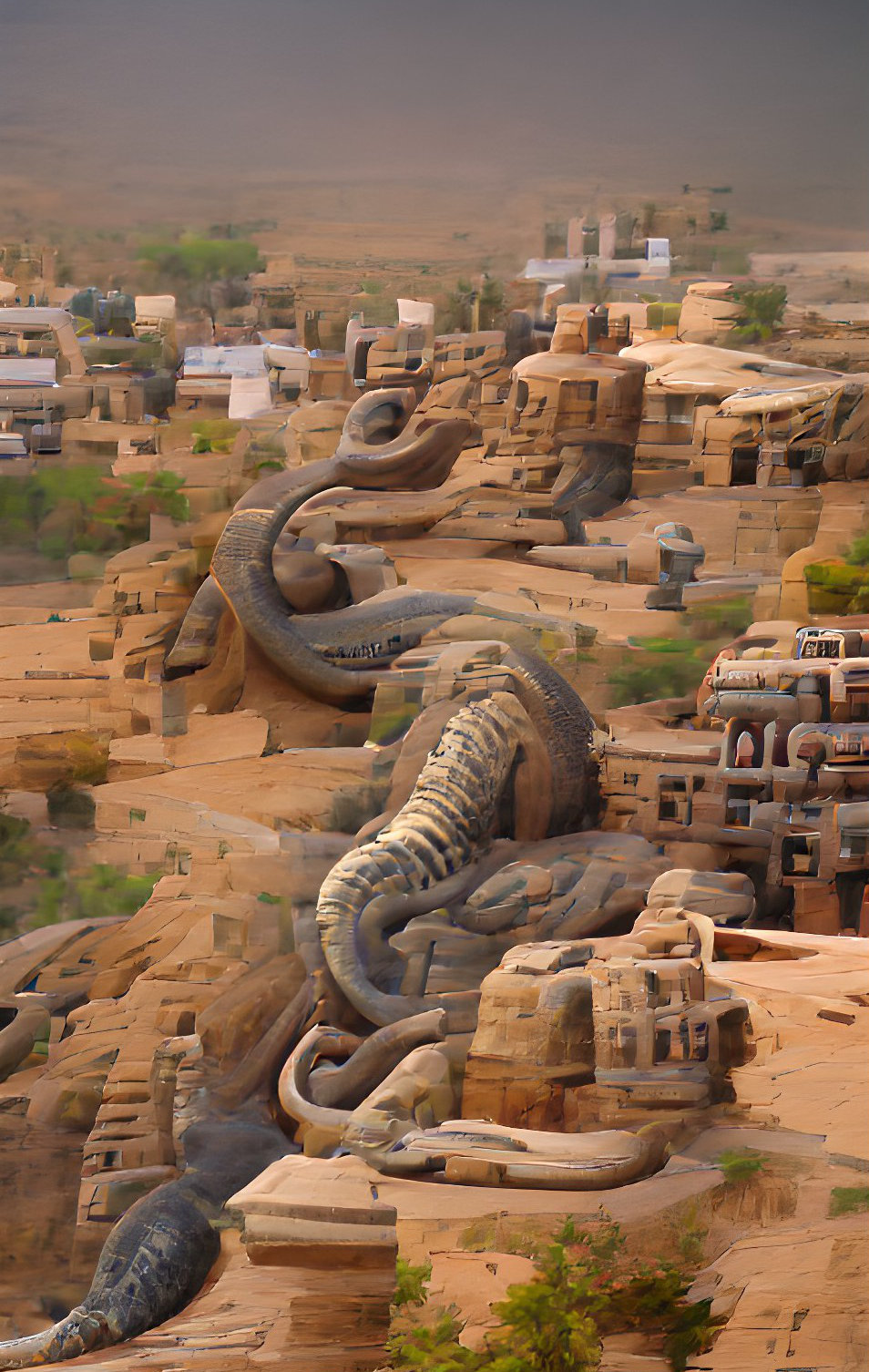 Articles under Temple City of Pramanur

The horrifying temple of an old god.

Click here for copyrights and used content / licenses / commissions / OGL   Content Usage: Do not copy! You are allowed to use my world's content while playing with your group,
you are not allowed to copy it and include it in your own products except when explicitely allowed by written permission from me.
Article template
Settlement
World
Alana
Author
Tillerz
Publication Date
18 Dec, 2020
Creation Date
18 Dec, 2020
Last Update Date
4 May, 2022
Visibility
Public
Views
115
Favorites
Comments
0
Work In Progress
Tags
calika order-of-kalish